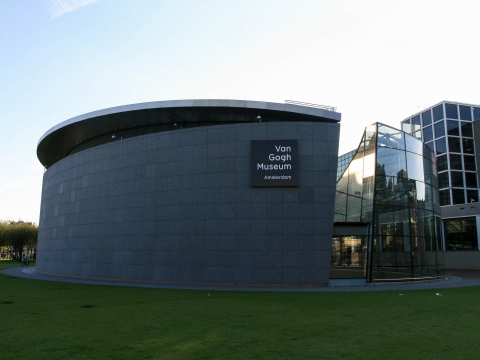 This museum in Amsterdam has the world's largest collection of famous Dutch artist Vincent Van Gogh's works, from paintings to sketches and even letters. The museum chronicles the artist's career, from his years living in Nuenen, Netherlands, beginning in 1880, up to his years in France and till his death in 1890. Some of Van Gogh's most famous works are on display in these galleries, including The Potato Eaters, Sunflowers, and Bedroom in Arles. The museum also chronicles works by some of Van Gogh's artist friends and inspirations, including Toulouse-Lautrec and Paul Gauguin, with whom Van Gogh had a close friendship, and Jean-François Millet. 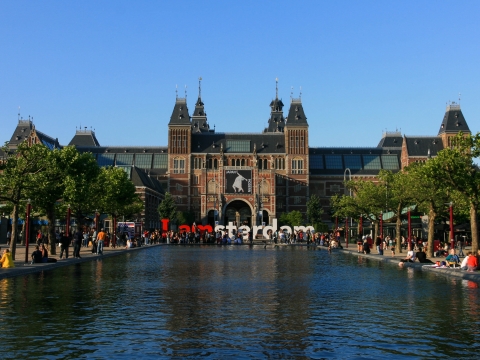 Rijksmuseum, also known as the National Museum, is considered a true national treasure. It features a vast collection of artworks and historic artifacts from the Middle Ages to contemporary times, creating a veritable range of cultural riches. Its exhibits include the paintings of Rembrandt, Vermeer, Frans Hals and Jan Steen from the country's 17th-century Golden Age. Rembrandt's Night Watch is the museum's centerpiece. Visitors will also find works from the Middle Ages and the 18th and 19th Centuries, superb collections of silver and Delftware ceramics, old doll houses, and fantastic examples of Asian art. After undergoing renovation, the museum's 1885 Renaissance Revival building was diligently restored and revamped to accommodate modern infrastructure. The museum building itself is a masterpiece of art and architecture, designed by Pierre Cuypers and ornamented with sculptures, paintings, tile tableaus, and stained glass that allude to the nation's rich history. The story of Anne Frank is one that is known the world over. Featuring an unforgettable personal account of the Holocaust, it is now preserved at the Anne Frank House. Spurred by the German occupation of The Netherlands and the subsequent persecution of the Jewish community, Anne went into hiding with her family on July 6, 1942. Over the course of two years, Anne maintained a diary detailing life in the Annex, that was later published by her father. Although there aren't many memorabilia, films and other sources—including Anne's diary—present a vivid picture of what life was like during those times. The museum opened on May 3, 1960, and the enormous visitors' center was constructed in the 1980s. 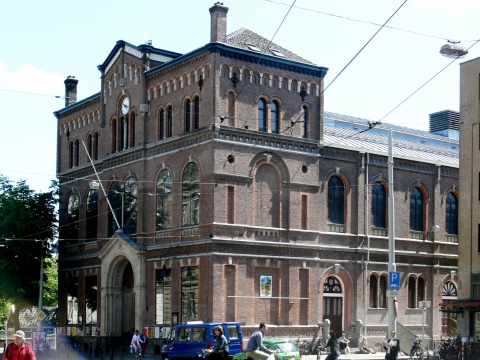 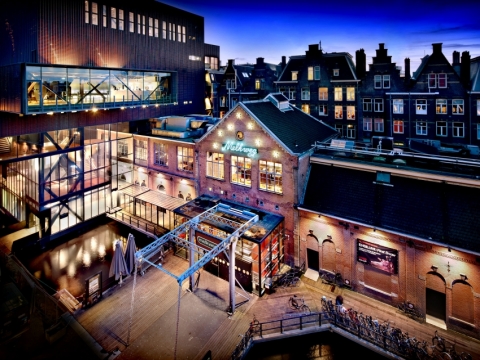 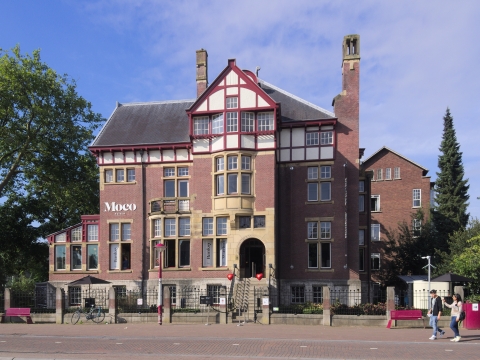 A converted townhouse, the Modern Contemporary Museum Amsterdam is adored by art lovers - tourists and locals alike. The museum houses contemporary and modern art. The exhibition space is divided into two parts, the highlight being Moco Garden which is an ever-evolving outdoor exhibit space. 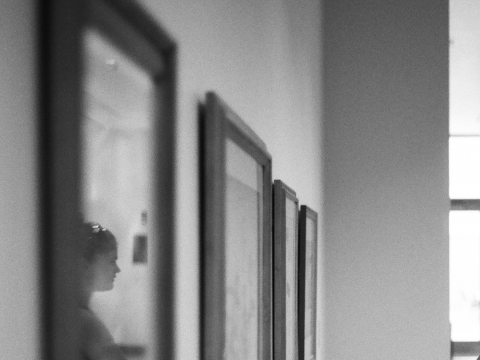 Mark Raven captures Amsterdam in all of its glory through his celebrated sketches, drawings, and prints. From hauntingly beautiful windmills to charming canals, Mark Raven's art is stunning and at times whimsical. Stop by to shop for art or pick up a souvenir in the form of t-shirts and posters. 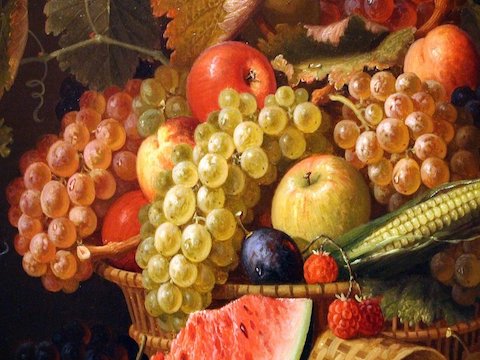 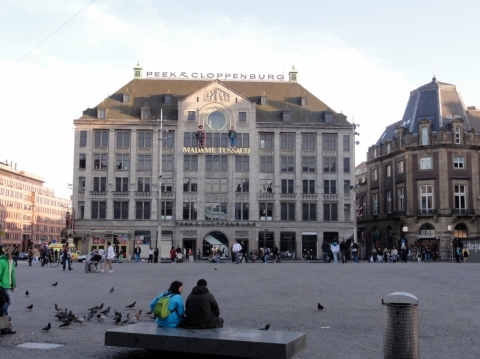 Madame Tussaud Scenerama is housed in a very large building in the center of Amsterdam. It is spread over four floors. An entire section is devoted to Dutch history, and more specifically, the history of Amsterdam. Many European celebrities, sports figures, artists and royalty are present to greet guests (in wax at least). There is a section with contemporary Hollywood stars and another devoted to famous historical figures such as Gandhi and Einstein. Those who fancy standing hand in hand or cheek-to-cheek with your favorite movie star, politician or sport star, this is the place for you. A camera is useful - this is a once in a lifetime encounter.

De Industrieele Groote Club or IGC as it is popularly called, is a platform for like-minded people to come together for various social and cultural causes. Its members are mostly from mercantile background for whom the club organizes various cultural programs like jazz evenings, excursions and such. Apart from this, social and political topics discussions are facilitated regularly. The club also features a restaurant, a bar, a reading room and an event room.

Overlooking the Dam Square. Ripley's Believe It or Not! is a museum that serves as home to a wide range of artifacts of a unique nature. Rising up to five floors, the museum which is home to bizarre objects provides a panoramic view of Dam Square.

Just when you thought Amsterdam couldn't get any weirder, they came up with Body Worlds. Located near Dam Square, this is a very unique museum that explores the theme of 'happiness' in human lives through its distinct displays - each of which is a dissected and preserved human body arranged in various formats that emphasize diverse concepts of the human lives. The collection includes over 200 donor bodies that are displayed such that give interesting insights into complex machines that our bodies really are. Open all week, this museum makes for an exceedingly interesting visit - what's even more interesting is that over 17,000 people have already volunteered to become future specimens of the exhibition. 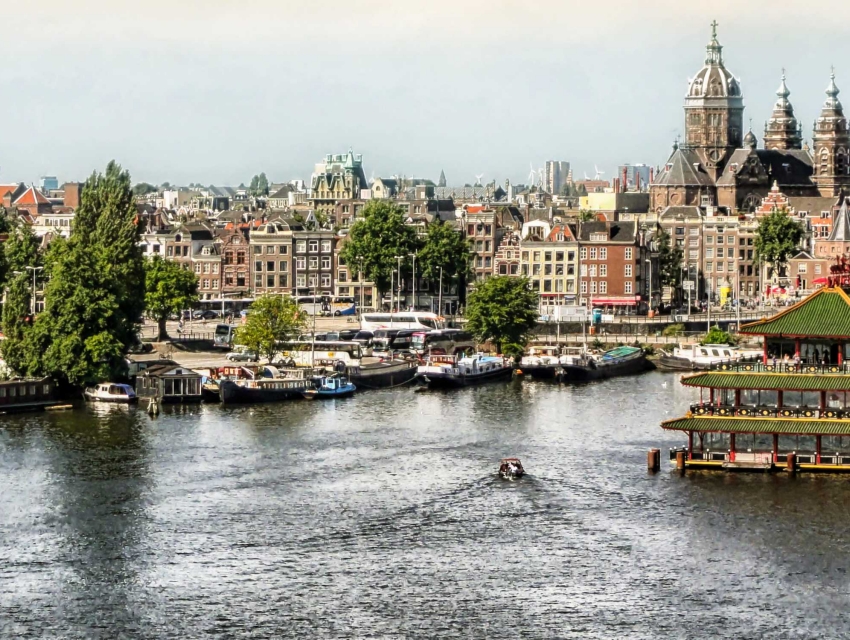 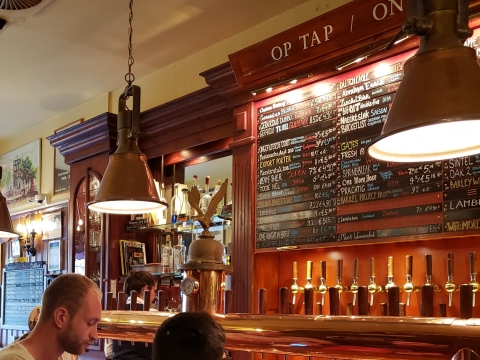 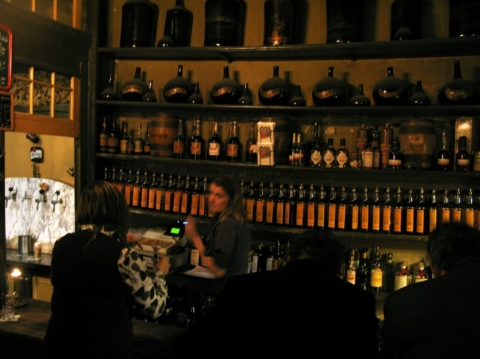 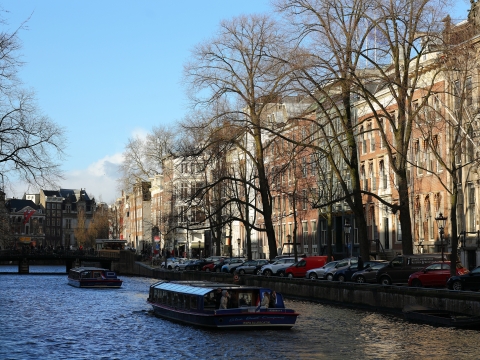 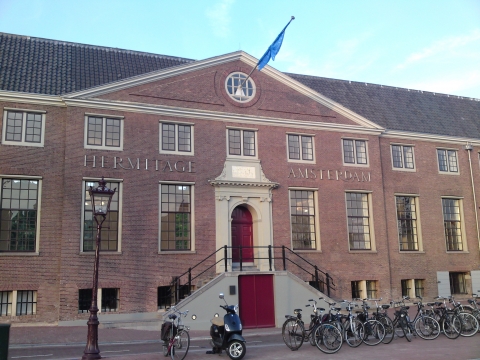 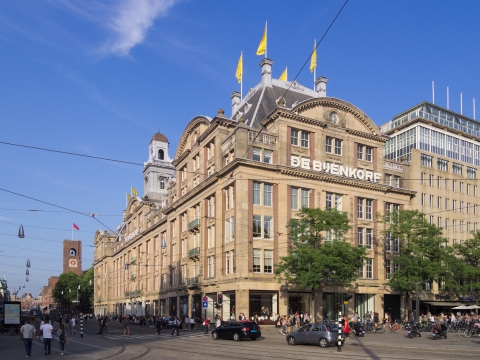