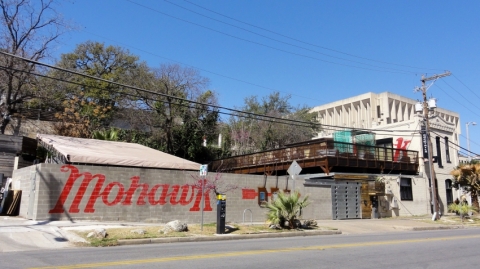 Mohawk is a unique nightclub in Austin. Its aim is to bring independent and upcoming acts — local and otherwise — through its doors. Fostering an inclusive community of artists, Mohawk welcomes musicians from a wide variety of genres and styles. It's hard to stand out in a town so inundated with music clubs as Austin, but with its fresh acts, tasty drinks and friendly crowd vibe, Mohawk shows how it's done. 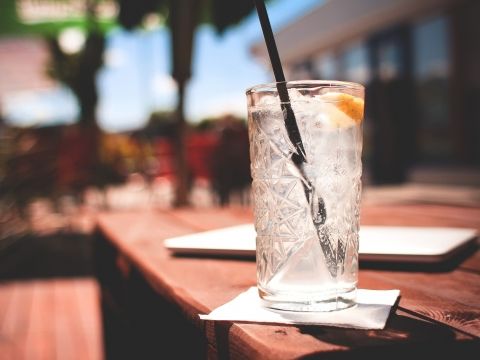 The Butterfly Bar is widely hailed as serving some of the best cocktail mixes in town. Get seated on their large outdoor patio and sip on an exotic list of cocktails prepared by friendly and experienced bartenders. It also has an impressive wine and beer collection. The light snacks and the yummy cheesecakes make for good accompaniments with drinks. All in all, this intimate space meets high standards, while also having reasonably priced drinks. 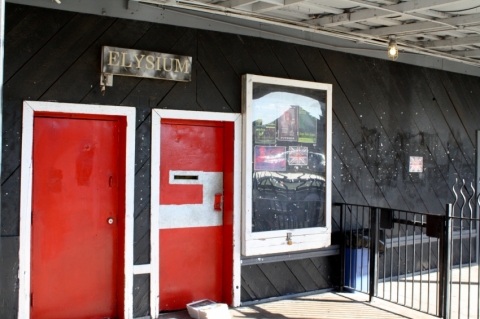 Elysium Nightclub plays some of the best music to dance to that you could ask for. Whether it's '80s, goth, Euro dance or underground retro, it's all played to make you move like you've never moved before. One of the best entertainment venues in Austin, this nightclub will rock your world all night. The warehouse building that the club is located in is hundreds of years old, making for a unique atmosphere. 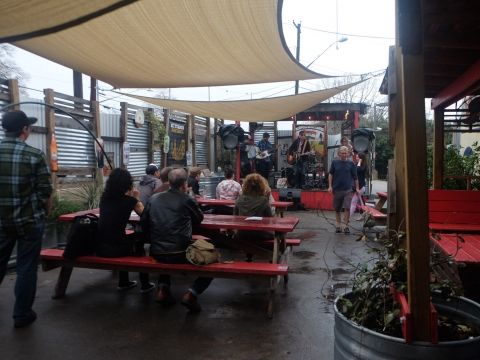 Whip In has Indian-infused breakfast items available until 2 p.m., perfect for late risers. Naan (Indian flatbread), scrambled eggs, cheese and your choice of chutney (a spiced, Indian condiment) makes up the breakfast naan (cilantro chutney is rather appetizing). As if that wasn't enough, they also have an impressive beer selection on tap, a vegan/vegetarian grocery aisle, a wine and beer area, and a tobacconist with Indian candles & incense. 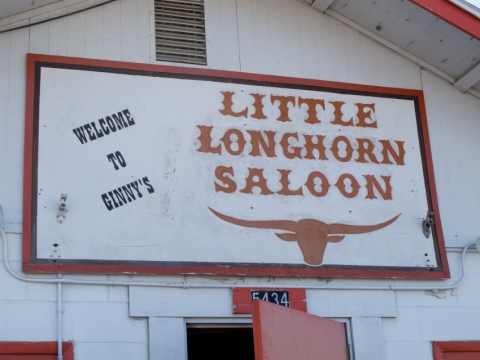 Operational for over a decade, Ginny's Little Longhorn Saloon has earned the reputation for being the city's country-music stop. It's not your usual nightclub with thumping music; but is a great place for drinks and good music. It hosts live musical performances every Thursday- Billy Dee & Redd Volkaert, Justin Treviño and Dale Watson have kept this place alive on several occasions. So stop by for a memorable night at this simple place, which not surprisingly, has a cult following. 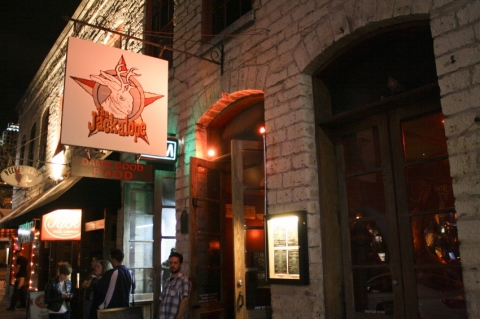 No other bar in recent memory has managed to so monopolize the patronage of Austin's tattoos-and-piercings crowd than has Jackalope, which caters to the unsubtle sensibilities of its otherwise neglected customer base by way of Reagan-era punk rock on the stereo, tragi-comic b-movies on the TVs and velvet paintings of topless women on the walls. Aside from serving as Sixth Street's most prominent de facto refugee camp for Black Flag fans, Jackalope is otherwise known for its burgers, regarded by many denizens of the downtown area as the best in the neighborhood and the Wednesday two-for-one burger deals make these the best bargains in the city. 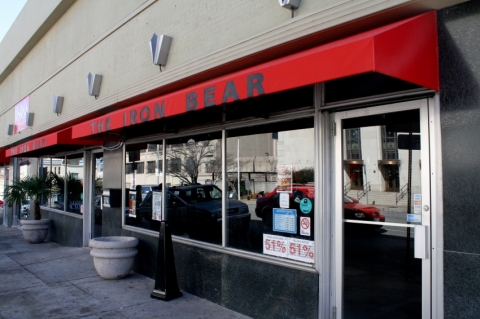 The Iron Bear is a lively bar and club in downtown Austin that is geared towards the gay community. Here is a great example of a fun-loving establishment that is genuinely friendly and open to all. At least, so long as you're 21 years of age or older. The drinks are inexpensive and the bartenders are friendly. There's a DJ that plays the latest music and there is room enough to dance on the dance floor.

Set in a functional parking garage is this speakeasy vibe, cocktail bar called Garage. Look out for a large sign that screams cocktails and is nestled in a dimly-lit parking lot and you will have found the bar. This is a great place to enjoy inventive and perfectly crafted cocktails in an intimate and cozy setting. Make sure to eat a hearty meal before you visit this bar as they so not serve any food! 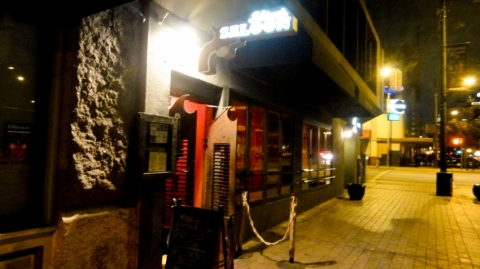 Complimentary live music and 7 televisions are waiting for you here at Shiner's Saloon, located on the second floor of this building. This bar is a great place to grab drinks with friends while soaking in the Texas atmosphere. Food is also served here until 2a. Call or see the website for more information. 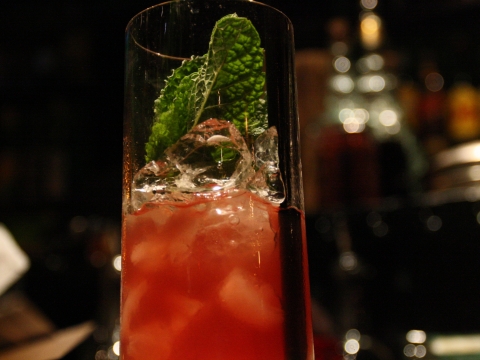 Upstairs at Caroline is a trendy rooftop bar and lounge located in the Caroline. Aesthetically decorated, the bar serves bites and snacks and some of the best tacos in Austin with flavorful dips and an extensive selection of drinks and craft cocktails. Enjoy the cozy vibe as you play games like foosball, jenga and corn hole. It is best to visit with your groups and during happy hours on Sundays. The place is ideal to enjoy handcrafted cocktails, snacks in a funky setting. Wooden furniture on an artificially grass carpeted floor and decorative lights give a dreamy and surreal appearance to the lounge. 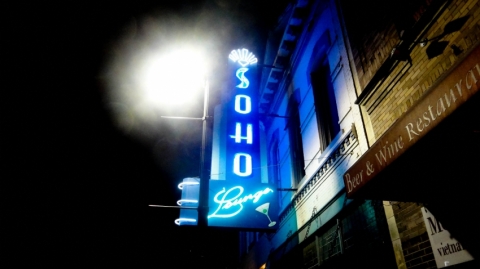 One of the classiest bars on Sixth Street, this long, narrow bar lets you sit and gaze at passers-by or fellow patrons. The lighting is extremely attractive, generating a genuine New York feel. You will enjoy sitting in one of the high-arched cushioned booths and catching glances of fellow patrons from the mirrored walls. The bar has an excellent music selection. If it is not too busy, play a round of pool or head upstairs to the dance floor. 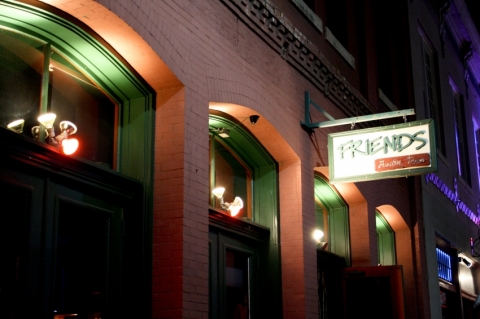 Friends, perhaps it may not be based on the hit TV show "Friends", but it is one of Austin's most fun bars to be at. It's mainly for the young adults, college crowd et al. Moreover, Austin's greatest local rock and blues bands play quite often to get the crowd going. And that's not it, in-house DJ brings in the beat as it only gets better. Special drinks at great prices with a decent staff. So, if you have friends and want to have a great time, get 'em along. 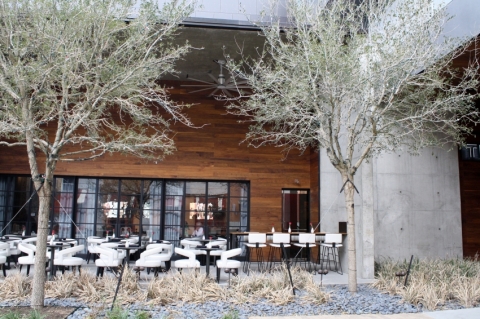 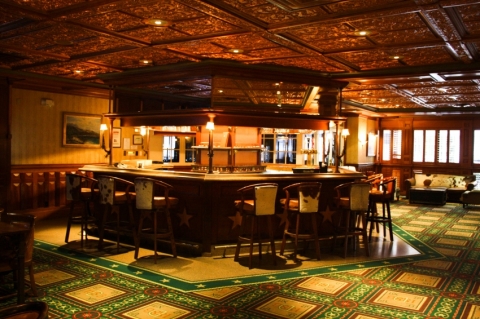 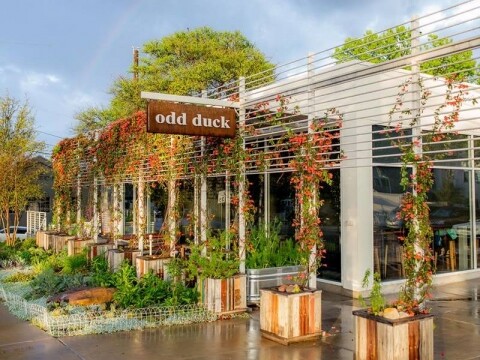 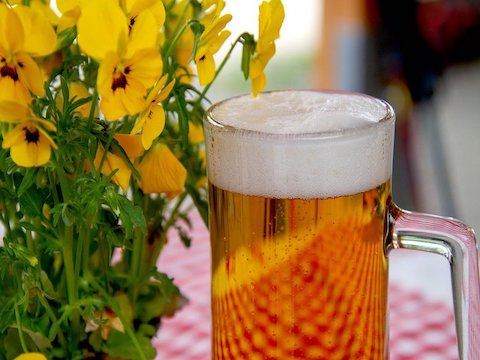 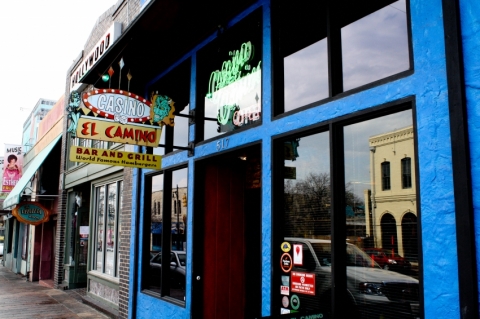 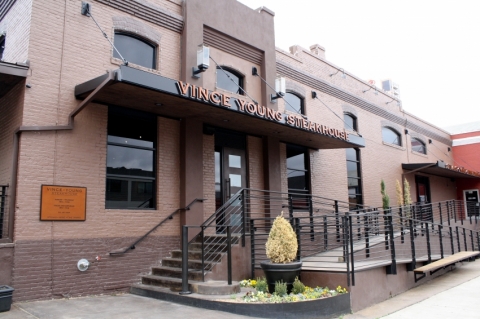 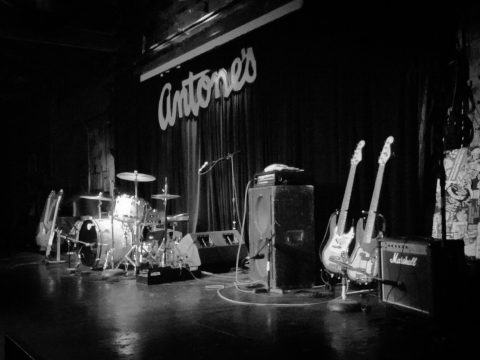 Best Clubs with DJs in Austin 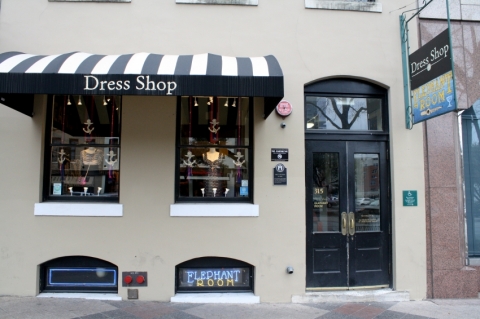 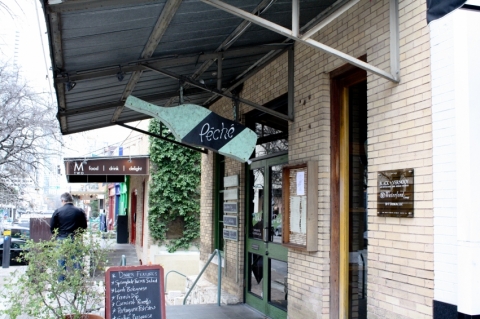