Built for the 1936 Olympic Games, the Olympiastadion conjures up memories of fanatical fans and Jesse Owens sprinting and leaping for four gold medals. Today, the Olympiastadion is home to Berlin's premier soccer club, Hertha BSC, and hosts major sporting events like the ISTAF Athletics Meeting. International performers like Michael Jackson, Beyonce, The Rolling Stones and U2 have taken the crowds by storm with their dazzling concerts here. Designed to impress the world, this monumental multi-purpose arena has done just that since its reopening in 2004. Visitors can wander around the stadium on event-free days, or choose to go on a guided tour of the massive arena. The visitor's center is perfect to learn more about the fascinating history of this monumental structure. 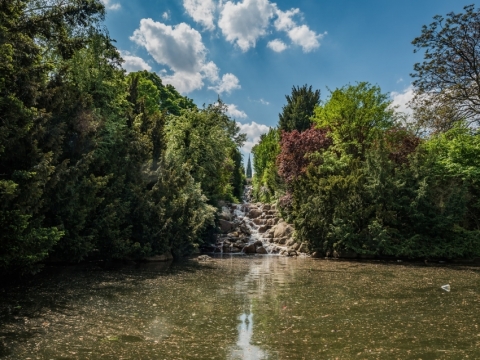 Viktoriapark is a magnet for the local community in the warm summer months—guitar-wielding hippies jam under the trees, groups of young Turks kick a ball about on the lawn, sporty forty-somethings jog past a gaggle of young mothers nattering intently as they propel their prams along the path...this is one of the best places in Berlin for a spot of people-watching. Rising in the middle of the park is a steep hill, crowned on top by a neo-classical Cross designed by Schinkel to commemorate the Napoleonic Wars. And it is from this cross that Kreuzberg (literally, "Cross Hill") gets its name. Views from the top are awesome on a clear day, as too is the 60 metre waterfall which gushes tumultuously down the hill. The park is also home to one of the city's most popular beer gardens - Golgatha - which is always packed during the summer and transforms into a disco at night. 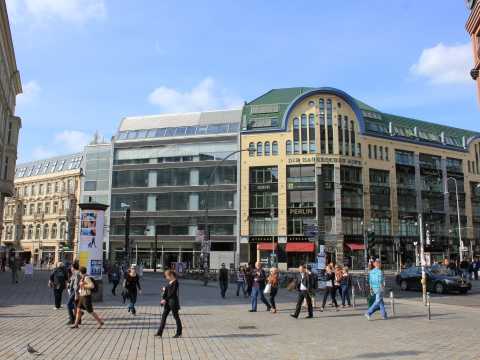 The Hackesche Höfe has been a center for food and entertainment since its construction in 1906. Before World War II, this area was known for its Jewish theaters and cultural institutions and later became a great place for shops, cafes, underground bars and restaurants. This historic courtyard complex in the Scheuenviertel consists of eight courtyards and houses cultural establishments, businesses and firms. These also include theaters, shops, bars and restaurants. The courtyard is the largest of its kind in Berlin, and makes for a lovely getaway. 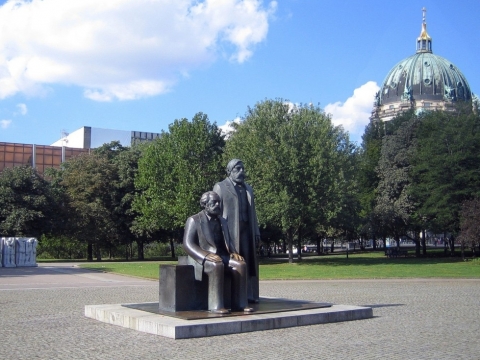 A beautiful public park in Berlin, the Marx-Engels-Forum is named after Karl Marx and Friedrich Engels and was founded in 1986 by the socialist leaders of Berlin. It houses the statues of both these pioneers of Socialism. The area in which the park is situated used to be a bustling neighborhood which was razed to the ground during World War II and the park was established thereafter under the GDR regime. The park is now visited by many tourists throughout the year and several make use of the opportunity to click a few photos while sitting on Marx's knee. 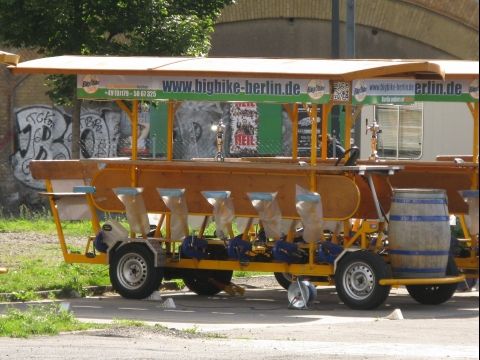 BigBike Berlin offers a unique and super fun way to tour the city. The unusual vehicle that's officially a bike (as per the official bike association of Germany, Allgemeiner Deutscher Fahrradclub), can accommodate up to 16 passengers at the same time, and is known to make good use of the bicycle paths of the city to show tourists around. But, there's more - Berlin clearly loves its beer, so BigBike here, thought it only fair to load up on a keg for every tour - there's a big bike and beer, enough said! For those who're not into beer, they also have the option of fruit punches and sparkling and mulled wines. If you're looking for a guided tour, they'll spare a professional; if not, they let you take the lead. Nevertheless, it makes for a fun experience, one you won't be forgetting too soon (or maybe never remember).

Alte Münze used to be the coin factory of Berlin for decades. Now the old industrial plant at U-Bahn station Klosterstraße, just one stop away from Alexanderplatz, has been turned into a thrilling venue for events, fashion shows, exhibitions and concerts. There is no regular program, but you should check out their website to see what's happening next. The events here are a lot different and interesting and the location itself makes Alte Münze worth a visit. - John Luas 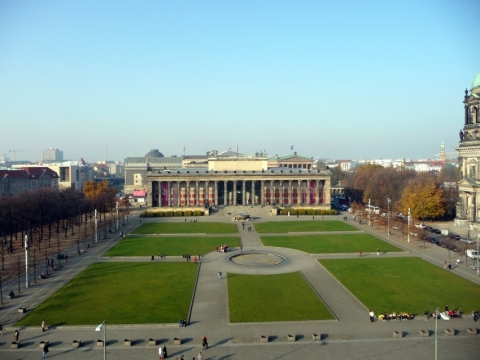 Situated on the banks of the River Spree, the Lustgarten, which literally translates to 'pleasure garden', at Museumsinsel was created in the 16th century as a garden for the Hohenzollern royal family (the former Royal Palace was situated close by). In the 18th Century, Friedrich Wilhelm I turned it into a military parade ground. The historic garden was re-landscaped in 2000 according to original plans and is once again full of lawns, fountains and bushes. It is a wonderful spot for a stroll or picnic on a sunny afternoon. 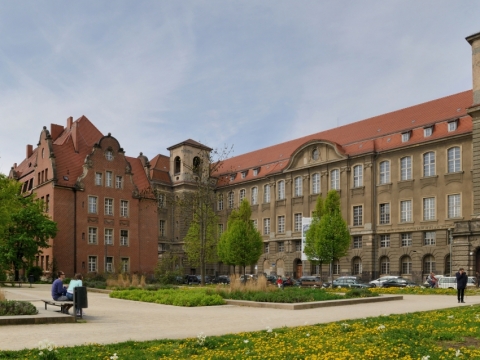 This English-style park was originally a large private estate with extensive gardens near the center of Berlin. Over the years pieces were donated to the city, gradually increasing the size of the public garden. Today it is a popular spot to catch a breath of fresh air or check out a concert under the stars. You can find a range of concerts and festivals that take place here during the warm summer months.