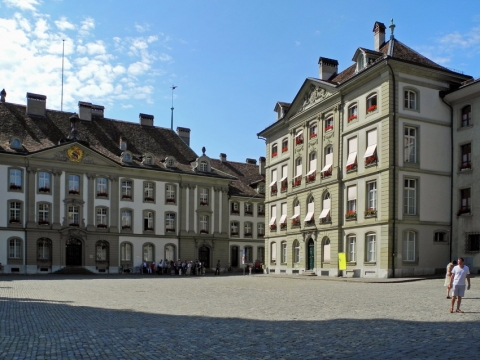 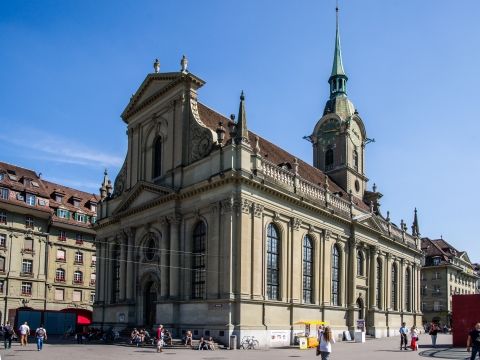 Church of the Holy Ghost

A Swiss heritage site, the Church of the Holy Ghost, or as the locals call it, Heiliggeistkirche, is one of the forerunners for the title of 'Switzerland's largest reformed church'. Draped in history, the church has fulfilled many roles over the years which most notably include operating as a public granary and later, as the dedicated abbey to the Holy Ghost Hospital. The original structure's influence waned with the emergence of Protestant Reformation, after which it was given a much-need face-lift under the able leadership of Niklaus Schiltknecht. New additions include Baroque sandstone artworks, a series of 14 of monolithic balusters and a set of six bells cast in bronze, with the oldest piece dating back to the late 16th Century. 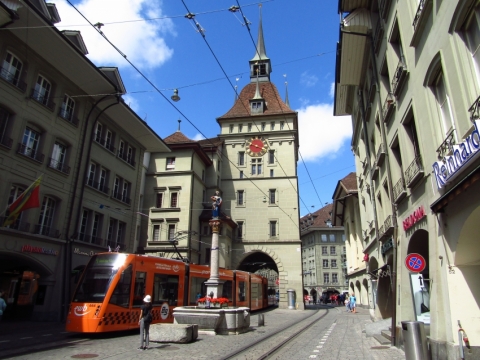 Currently serving as an institution of the Federal Chancellery and the Parliamentary Services, Kafigturm is a historical building located in the Old City of Bern. The massive gate tower was originally constructed as a prison and it was in 1999 that it was taken over to function as the seat of the Confederation's political forum. Hosting various exhibitions and activities based on current policy issues and political topics, the forum acts as a true representation of democracy. The issues raised and highlighted here are open to debate for the public and thus ensures that proper transparency is maintained between the state and the general population. 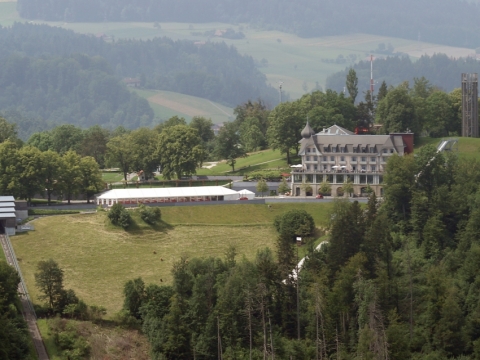 One of Bern's popular attraction, this mountain can be reached through the red Gurtenbahn funicular. Towering at 858 meters (2,716.54 feet) above the sea level, Gurten Mountain has become more appealing after the opening of its park in 1999. Apart from the panoramic vistas of the city and the Alpine mountains, it features a viewing tower, children's theater, a pavilion, two restaurants, a playground, disc golf, a mini railway, toboggan and sled areas, hiking trails, a biking trail and barbecue pits. It also hosts many events such as the annual Gurtenfestival and weekly Crazy David's Gurten Club. 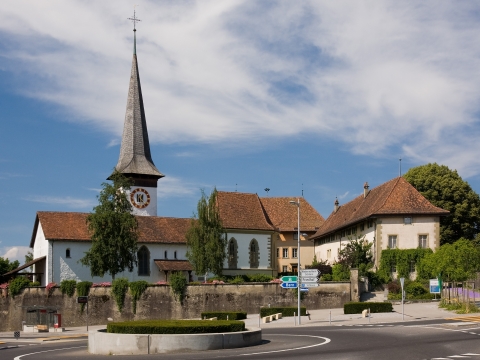 Located at the center of the city on Muhlernstrasse, Kulturhof-Schloss Köniz is housed inside the Köniz Castle which dates back to the 12th Century. Known for its Romanesque architecture, this space is also frequented by locals as well as tourists for the plethora of art and cultural events held throughout the year. Owing to its popularity, this space has attracted renowned artists and performing arts group from across the world, thus, making this a melting pot of various cultures. Apart from events like concerts, dance shows and art exhibitions, Kulturhof-Schloss Köniz also caters to private and corporate events; the indoor spaces as well as the courtyard is available on rent. For more information, call or visit their website.

Museum of Natural History was founded in 1824 and is one of the oldest institutes in the medieval city of Freibourg. The museum has on display 240,000 zoological pieces, natural sciences and botany. A lot of these collections have come from experienced botanists renowned in the field and have remarkably helped in furthering the study specially in the field of mycology. They conduct several educational programs designed for students, with interactive study materials. Join a guided tour or your free to take a tour along this vast institute that is a major benefactor in the study of these various sciences. 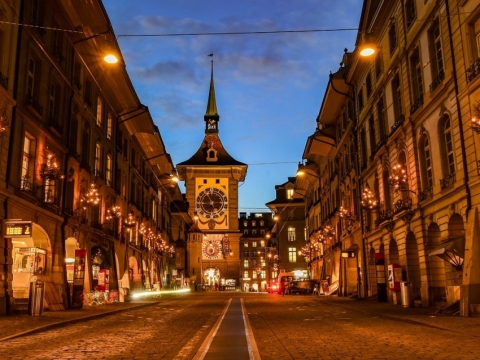 The majestic centerpiece of Bern's civic life since the early days of the Medieval Age, Zytglogge could well be Switzerland's oldest clock tower. Deservedly a UNESCO World Cultural Heritage site, the tower's powder-blue apex majestically soars over Bern's skyline, instantly capturing the attention of tourists that flock to this part of Old Town. Constructed in exquisite Baroque and Gothic-style embellishments, the tower's weather vane and eye-catching astronomical dial are some its most salient features. Every hour, the Zytglogge's glimmering Jacquemart, or bellstriker, distinctly reverberates through the city's corners, taking all those who hear it wonderfully back in time. 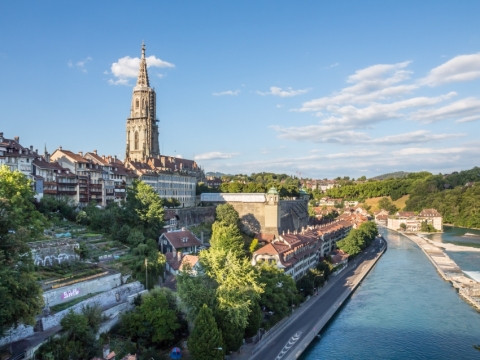 Located on the bend of River Aare, Bern is one of Switzerland's most important cities. Bestowed with a postcard-perfect landscape that includes a peacefully-flowing river, historic buildings, foliage, and quaint houses all in the same frame, Bern comes as a true respite for one's jaded vision. The city's historic center, which is home to the iconic Bern's Minster and the Zytglogge (the clock tower), is its most promising attraction that has also earned a UNESCO World Heritage status. A plethora of museums and galleries make Bern a place for art lovers, and the panorama around the city ensures plenty of time in nature for those who seek leisure in the outdoors. Bern also has an impressive nightlight scene thus making it a place for travelers of all ages and interests. 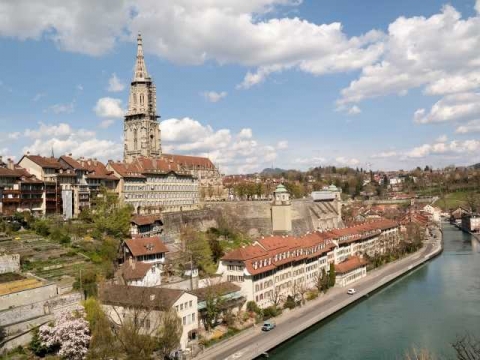 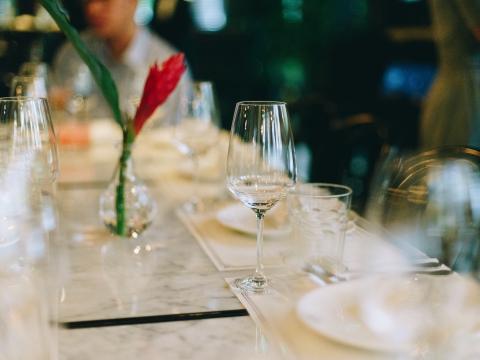 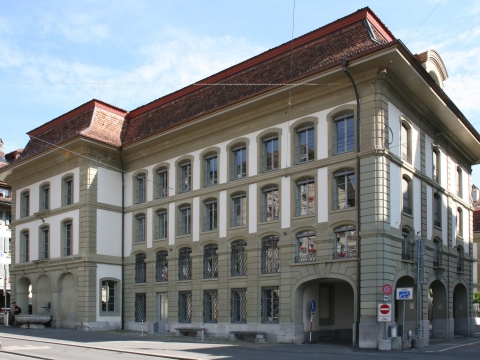 The Burgerbibliothek of Berne is a public library in Bern, Switzerland. The library has collections from several local collectors like Karl Howald, Jeremias Gotthelf and Ernst Kreidolf to name a few. It houses pictorial documents about the city and codices. 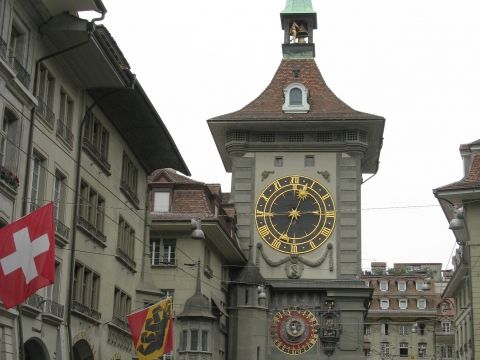 Zytglogge Theater is among the many attractions nestled in the heart of Bern. A cellar theater, also known as a basement stage, it provides an intimate setting for art patrons to enjoy theater performances and cabaret events. Zytglogge Theater was built in 1949 though it did not adopt its current moniker until 1962. It plays host to the challer-kumedi, a Bern theater group that recently celebrated its 50th anniversary, as well as various local clubs and groups. Do your best to catch a show on your next tour of Bern. 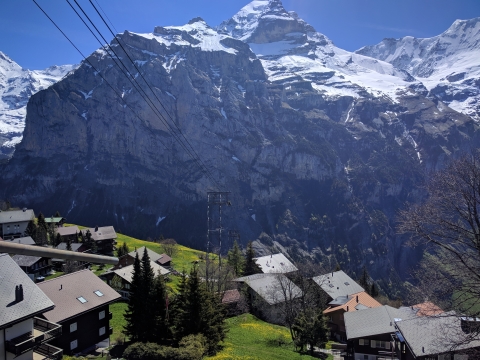