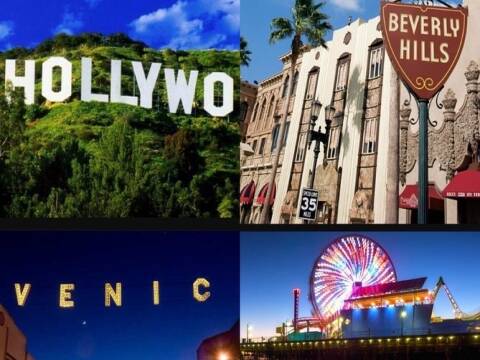 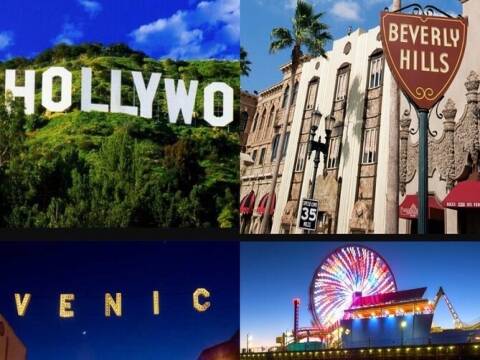 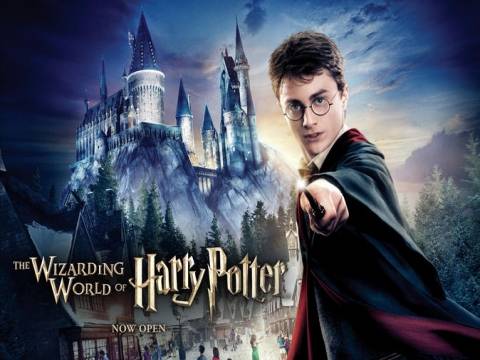 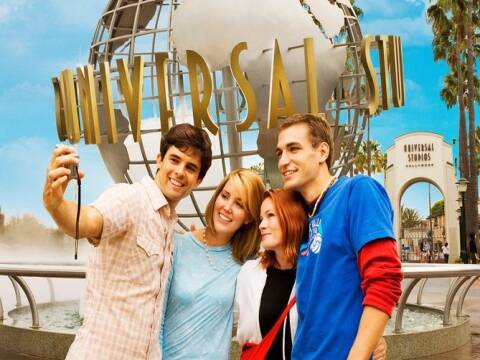 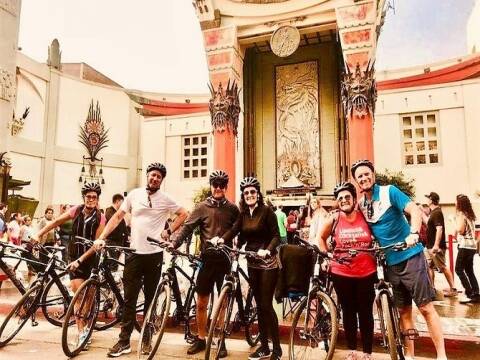 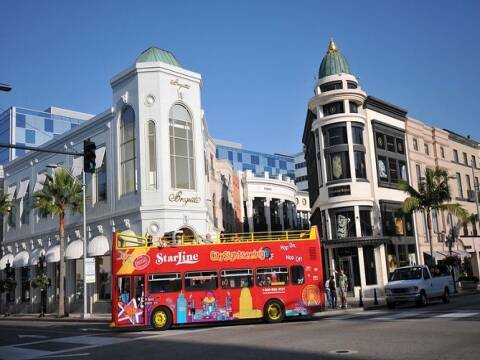 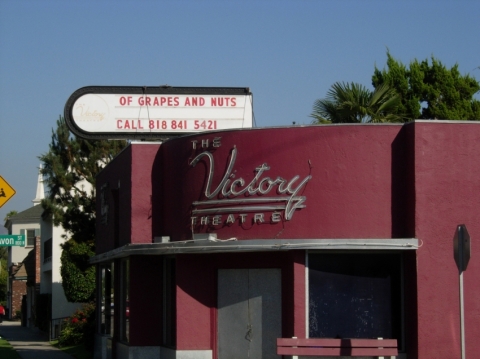 ItineraryThis is a typical itinerary for this productStop At: Los Angeles Memorial Coliseum, 3911 S Figueroa St, Los Angeles, CA 90037-1207LOS ANGELES COLISEUMThe Los Angeles Memorial Coliseum is an American sports stadium located in the Exposition Park. The stadium serves as the home to the University of Southern California (USC) Trojans football team.The Coliseum is the first stadium to have hosted the Summer Olympic Games twice, in 1932 and 1984.DOWNTOWN LOS ANGELESUnlike other large cities, many people visit Los Angeles without ever setting foot Downtown. That’s a shame, since Downtown LA is rich with historic architecture and cultural attractions, not to mention sports and entertainment complexes. This slide show gives you a preview of some of the cool things to do in Downtown Los Angeles that are worth a visit.Duration: 20 minutesStop At: Griffith Observatory, 2800 E. Observatory Rd., Los Angeles, CA 90027-1299GRIFFITH PARK OBSERVATORY,Hollywood Sign:The observatory is a popular tourist attraction with an excellent view of the Hollywood Sign, and an extensive array of space and science-related displays.Duration: 20 minutesStop At: Hollywood Walk of Fame, Hollywood Blvd at Vine St, Los Angeles, CA 90028WALK OF FAME (Hollywood Blvd)Grauman's Chinese Theatre -The Hollywood Walk of Fame -- Kodak Theater, (Home of the Oscars)- The Hollywood Roosevelt Hotel ,and many more famous places too numerous to list...Since the first star was awarded to Joanne Woodward, in 1960, celebrities and fictional characters that have contributed to the entertainment industry here have recognized with a star on Hollywood’s Walk of Fame.There are now more than 2,300 of these five-pointed bronze stars including some of the most recent honorees such as Halle Berry, Jamie Foxx and Forrest Whitaker and The Munchkins, stars of the 1939 film “The Wizard of Oz.Duration: 45 minutesStop At: Sunset Plaza, The 8600 Block of Sunset Boulevard, West Hollywood, CA 90069Lunch at Mel's Diner:The ultimate 50’s dining experience! George Lucas filmed scenes for American Graffiti at a Mel’s Diner. The one on Sunset Strip, where we stop for lunch on the full-day tour, is still a great place for celebrity spotting!You don’t “have” to have lunch here – but why wouldn’t you want to? You just might recognize someone famous at the next table. Don’t let their clever disguise (Rayban(tm) sunglasses) fool you! Dine with the stars! (lunch is not included).Duration: 1 hourStop At: Beverly Hills, Beverly Hills, CaliforniaBeverly Hills, Rodeo Drive: This is a city where the pawn shops are called “collateral lenders,” and make quick loans on Mercedes and Ferraris instead of toasters. This is a city where some of the clothing stores require customers to make advance reservations to shop, and where shoppers may routinely drop $100,000 or more in a single visit to a boutique on Rodeo Drive or Wilshire Blvd. A city where the post office offers valet parking. This town’s “Sister City” is none other than Cannes, France.Duration: 5 minutesStop At: Santa Monica, Santa Monica, CaliforniaSanta Monica Beach: Follow America’s most famous cross country highway to the Pacific Ocean, and you will find yourself at the Santa Monica Pier.Designed as a pleasure palace and park a century ago, currently this restored family playground is gearing up for its 100th Gala in 2009.Duration: 5 minutesStop At: Venice Beach, Los Angeles, CA 90291Venice Beach: Hilary Duff shot a video here, Jim Morrison and the Doors and bandleader Benny Goodman both got their careers started here, and now it is the place actors Jane Fonda, Viggo Mortensen and Elijah Wood call home.It’s Venice Beach, the free-spirited beach resort town beloved for its Bohemian character, boutiques, street performers, artists, fortune tellers on the boardwalk and as a stellar place for people-watching (not to mention star-gazing)!Muscle beach and much more....Due to Venice Beach city conditions, we might substitute Venice Beach to Fisherman's Village in Marina Del Rey.Duration: 45 minutes