This gallery was a natural development from the well-known picture framing shop of the same name. It covers an ample spectrum of contemporary artists and types of materials used in artistic expression. Renowned names like Mateo Manaure, Oswaldo Vigas, Manuel Cabré, Jesus Soto and Carlos Cruz Díez are present. The works exhibited include such varied formats as drawings, collages, sculptures, engravings, lithographs, mixographs and serigraphs, as well as materials like iron, marble, bronze, acrylic, paper or wood normally form part of the exhibitions. Admission is free. 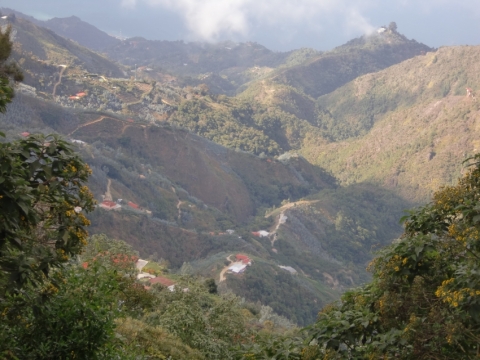 December marks the start of Caracas' dry season, and it is a good time to escape the city for the mountains. El Ávila range looms north of the city and the park is surprisingly accessible from downtown. Hikers and walkers will find more than 200 kilometers (124.27 miles) of trails, but a cable car, or teleférico, climbs the imposing slopes in a quick 12-minute ride for those desiring a faster ascent. On clear days, El Ávila Peak offers breathtaking views of Caracas and the Caribbean. 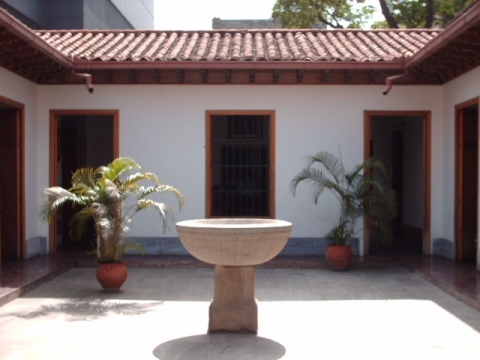 Tucked away off one of the streets near Plaza Bolivar, the birthplace of El Libertador Simon Bolivar is no longer the tranquil house it once was due to its current popularity. Known as Casa Natal del Libertador, this quaint 17th Century house will take you back in time to the colonial era. A single story house, the Casa opens up to beautiful courtyards and patios. While its architecture is largely Spanish Colonial, the front facade is built in stone which differs from more characteristic colonial houses. The corridors, antique furniture and chambers depict Bolivar's journey from being a child to becoming Venezuela's most prominent national leader. Artwork by Tito Salas depicting Bolivar's significant life events are displayed inside the house. This house is a labyrinth of memories and a peek into the life of one of the most celebrated heroes of Venezuela. 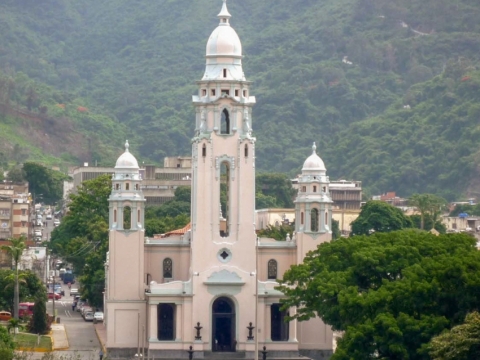 An illustrious monument to the national heroes of Venezuela, the National Pantheon is also an exquisite architectural and historical landmark. Built originally in the colonial style in the 1870s, the pantheon was revamped to become one of the first Neo-Gothic buildings in Venezuela. Awash in light pink, the aisles showcase some of the bravest national heroes and significant luminaries in Venezuelan history. The central nave of the interior is dominated by El Libertador Simon Bolivar, the most eminent of Venezuela's national leaders, with his sarcophagus placed at the earlier site of the altar. A magnificent Baccarat chandelier with 4,000 shards and over 200 lights festoons the ceiling. Excellent works of art by Tito Salas hang on the ceilings and are a great draw for art connoisseurs. A symbol of national pride and art, the National Pantheon is a glorious tribute to the greatest personalities of Venezuela. 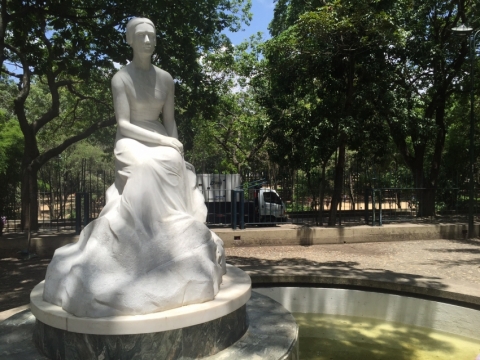 One of the oldest parks in the city, Los Caobos is a serene expanse famous for its ancient trees. Inaugurated in the year 1920, it was initially named after Venezuelan National Hero Antonio Jose de Sucre. However, the presence of mahogany trees from colonial era earned it the name Los Caobos. This park is an addition to an area where the most important cultural complexes of the city are located, such as the Fine Arts and Science Museums, the National Art Gallery and the Teresa Carreño Cultural Complex. From a sculpture of Venezuelan novelist Teresa de la Parra to dinosaurs, the park houses some of the most exquisite structures including the Fountain Venezuela. A playground replete with slides and swings is perfect for toddlers to frolic around. Despite the boisterousness of the city and its many cultural events, Los Caobos exudes a sense of peace and serenity to all who visit. 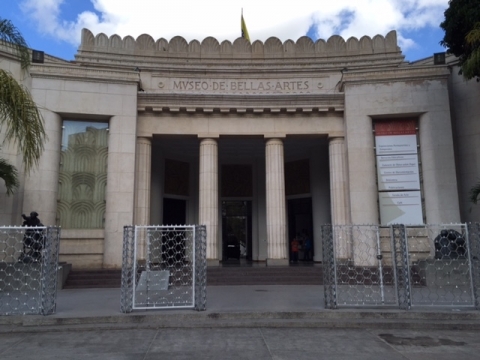 Museo de Bellas Artes is located in a Neoclassic style building designed by Carlos Raúl Villanueva. Every inch of space has been used to its full potential. The visitor that goes up the ramps will be able to admire the valuable Egyptian collection arranged in the landing. The terrace and the garden display sculptures by prestigious renowned artists. The museum also has three rooms for temporary exhibitions, permanent collections featuring Latin American, European and North American works of art among others. Other facilities include a library and an auditorium, guided tours, workshops and other events to promote cultural programs. 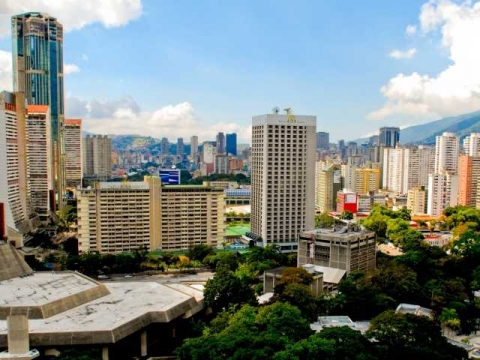 The Plaza La Concordia was constructed over a period of 3 years at the very site where once stood the infamous prison "La Rotunda". While the prison thrived under the oppressive regime of President Juan Vicente Gómez, it was demolished just a few short months after his demise. The plaza was originally designed by the architect Carlos Raúl Villanueva, and was inaugurated in 1940. At the time of its completion the square was centered around the temple monóptero which symbolized peace, love and unity. In 1961, the temple was demolished and replaced by a concrete structure instead. Today Plaza La Concordia is a simple, but lovely public space and even features a play area for children.

The Teatro Nacional is located in the historic center of Caracas and is housed in a building which dates from 1905 and is built on the site of the former Oratorio de San Felipe Neri cemetery. It hosts a variety of different shows: operettas, comedies, classical and modern theatre. They also put on wonderful musicals for children. It is one of the permanent venues of the Festival Internacional de Teatro de Caracas. Tickets can be reserved and paid for in advance. There are special rates for groups. 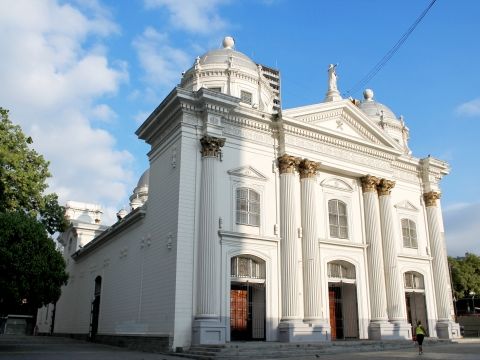 A monumental religious and architectural symbol, Basilica de Santa Teresa holds tremendous historical significance. In the 1870s when Caracas was undergoing urban reform, President Antonio Guzman Blanco commissioned a church in the place of Oratory of San Felipe Neri, as an honor to his wife Ana Teresa. Architect Juan Hurtado Manrique designed this exceptional Neoclassical building. The exemplar architectural marvel consists of two wings with a central dome. While the western end is dedicated to Santa Ana, the eastern wing is dedicated to Santa Teresa. Inside the imposing white facade one can find the iconic image of El Nazareno de San Pablo (The Nazarene of St. Paul). The magnificent wooden carved statue of Jesus Christ dressed in purple robes holds sacred importance. Every Wednesday, devotees throng to the church to see the image which is believed to have miraculous healing powers.

This is a theater whose history dates back to years gone by, when internationally acclaimed performers visited Caracas on their tours, and when an aristocracy still existed in the capital. It was constructed in 1880 by President Guzmán Blanco, as part of his endeavor to make Caracas a branch of Paris. Before this, the Hospital de San Pablo had been located on the same site, but the earthquake of 1812 destroyed it. The Municipal Theater is currently home to the Municipal Symphony Orchestra of Caracas. Frequent stage, screen and musical events are held all year round.

You are likely to pass through the Plaza Diego Ibarra as you make your way to attractions like the Iglesia de San Francisco and Torres del Silencio. The plaza was originally inaugurated in 1967 and is named after Diego Ibarra in honor of his contribution to the Venezuelan War of Independence. After years of neglect, the plaza was remodeled and restored to its former glory in 2011. The plaza is now a popular thoroughfare and concert venue. At one end of the Plaza Diego Ibarra you will encounter a sparkling pool of water from which rises a "The Needle" - a magnificent sculpture that towers over the square. The sculpture was designed by the artist Luis Alfredo Ramirez, and was unveiled in 2011 when the square was reopened after a span of three years. Avenida Bolivar runs beneath the plaza. 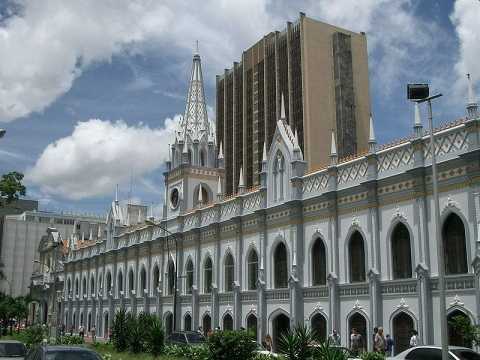 This building dates to the end of the 16th century and has served, successively, as a Franciscan convent, seat of the Central University of Venezuela and, currently, as the headquarters of the Academies Palace. Academies, plural, since it houses the National Academy of History, the Venezuelan Academy of Language, the National Academy of Medicine, the Academy of Political and Social Sciences, plus the Academy of Physical and Natural Sciences and Mathematics. It is wholly dedicated to study, research and the broadcasting of data, in spite of the fact that a vital institution that had shared the same building, the headquarters of the National Library, recently moved to a larger and much more modern building. 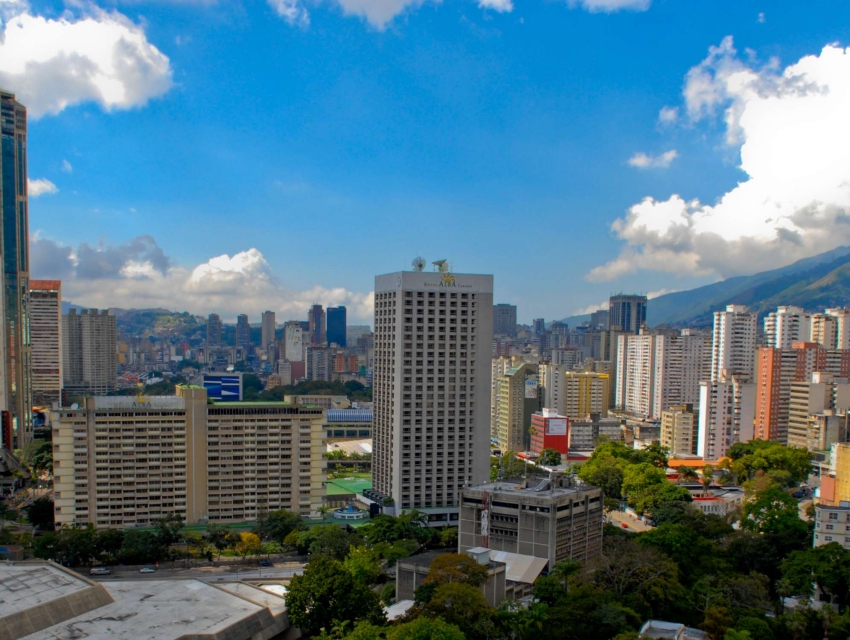 A Day in Caracas 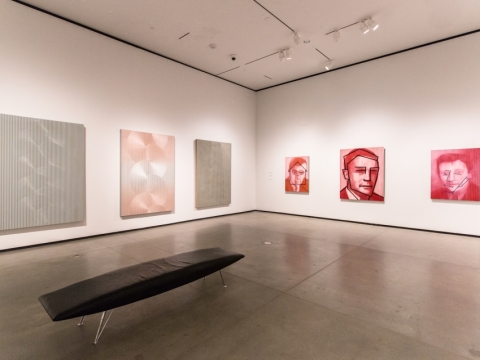 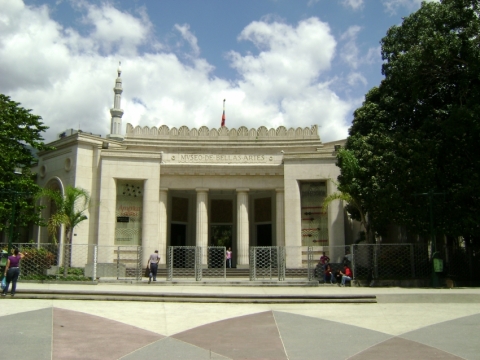