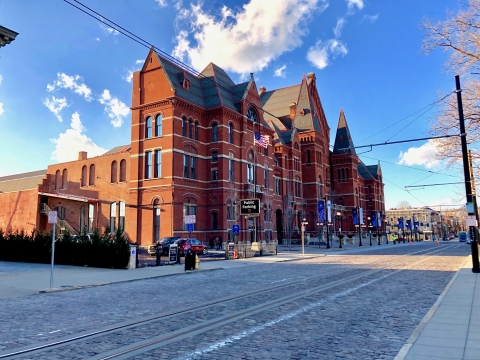 Over-the-Rhine is one of the largest neighborhoods in North America. Locally known as OTR, it is listed in the National Register of Historic Place. Tourists from all over head here for a glimpse of its 19th-century, Italianate architecture. It has previously been compared to the likes of the French Quarter in New Orleans and Greenwich Village in New York City. Notable and famous residents of this district include Buddy Gray, Jim Tarbell, and Venus Ramney. When in town, catch the Second Sunday On Main street festival featuring art exhibitions, craft vendors, food stalls and live entertainment. 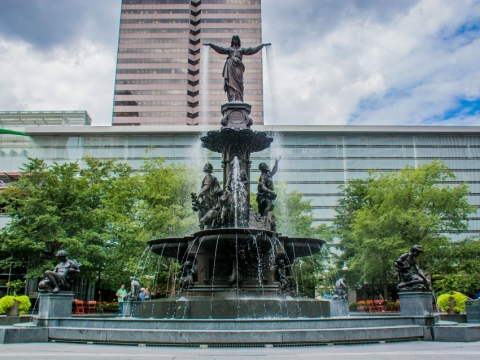 Nestled in the heart of Cincinnati, Fountain Square dates to as far back as 1871. Having been the primary locus of the city's civic and commercial nuances, this iconic square has been an integral part of the city center ever since its inception, and array of restaurants, shops and offices lie strewn across its structural expanse. Perhaps the centerpiece of this sprawling square is the incredibly ornate, bronze-cloaked Tyler Davidson Fountain, which was built when local businessman Henry Probasco wanted to honor his brother-in-law. Popularly known as 'The Square', this cherished landmark comes alive with effervescent dusky hues come night, further accentuated by the mellow glow and gushing fervor of the fountain lying in the foreground. With its tagline 'Where Cincinnati Connects' doing justice to its communal, inclusive and spirited tenor, the Square is, indeed, an indelible landmark of the city. Fountain Square has played host to a string of well-known festivals and events including Oktoberfest, and continues to do so. 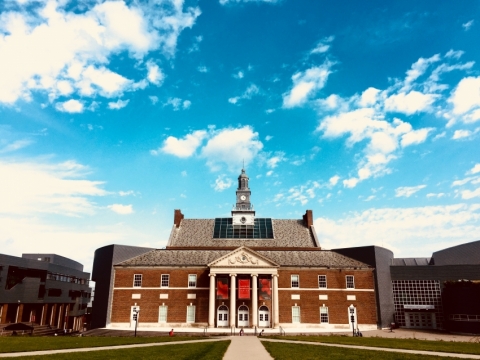 Founded in 1819, the University of Cincinnati is one of the most important landmarks of the city as it is not only the oldest of its kind in Cincinnati but also among the largest in the nation. It is also considered to be among the top universities in the continent. This public research university offers comprehensive programs which includes medicine, allied health sciences, nursing, criminal justice, arts, sciences and applied science. Its main campus is a mix of old and new architecture and is one of the beautiful college campuses in town. As per Forbes in 2010, its campus is among the most beautiful of its kind in the world. Some of the interesting places within its campus are the Nippert Stadium, Armory Fieldhouse, Gettler Stadium, Marge Schott Stadium and Corbett Center for Performing Arts. 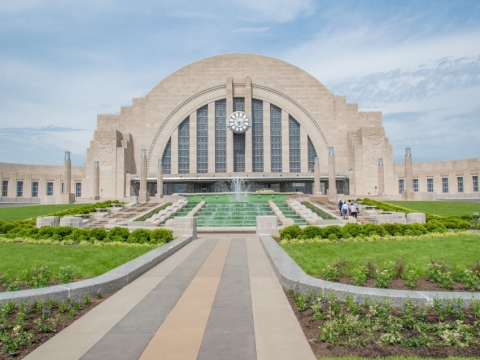 A huge part of Cincinnati's transportation history, the Cincinnati Museum Center at Union Terminal recounts the significance of this historical building. Built in the Art Deco style, this station was one of the last stations of its size ever built. Since opening in 1933, the station has been transformed and now houses three exciting museums: the Cincinnati History Museum, Museum of Natural History and History, and Cinergy Children's Museum. Great for kids and adults of all interests, the Cincinnati Museum Center at Union Terminal is a can't-miss cultural hub.