Throughout history people around the world have needed a way to keep track of time. Clocks were invented as a way to meet this need, and over the ages, the clock itself transformed from a mere practical tool to a grandiose work of art and craftsmanship. If you're looking for some great clock-related sites to see or plan to see, here's a list of some of the most interesting and extravagant clocks located throughout the world. 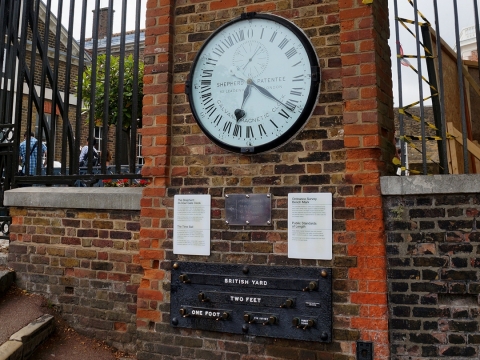 Located at the entrance of Royal Observatory, Shepherd Gate Clock credited to Charles Shepherd in 1852 is one of the earliest examples of an electric clock. A unique feature of this clock is that the numbers are arranged in the twenty-four-hour format. Another thing to remember about this clock is that it was also one first to publicly display Greenwich Mean Time. 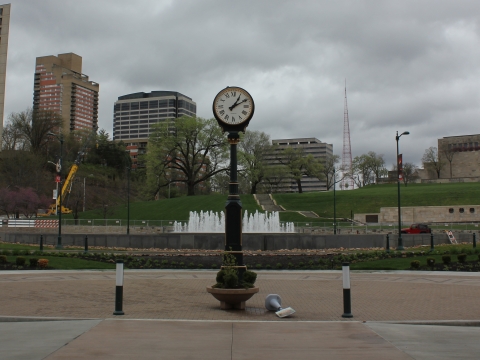 Located right in front of Union Station, the Lamp Post Clock dates back to the 1880s, making it a relic of Kansas City's glorious past. Through it's more than 100 year life span, the grand clock has stood at numerous spots in the city, landing finally at the Union Station in 1936. Ironically, the clock fell prey to the rigors of time and was briefly out of service In 2015. Thankfully, the majestic clock was restored to its former glory through a private donation in the subsequent year and proudly stands now as an essential part of the station. 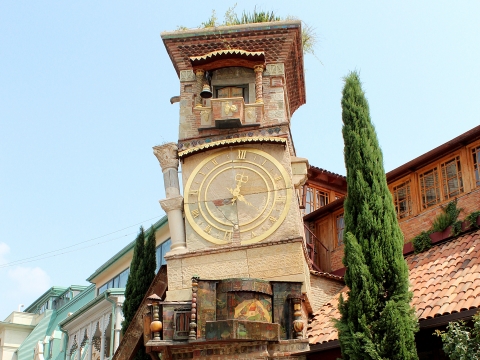 Standing right outside the Rezo Gabriadze Theatre, this clock tower is hard to miss, not just because of its eye-catching details, but also its odd posture. The tower looks disjointed, almost like giant blocks stacked vertically by a child, ready to collapse any moment. A steel beam coming in from the side provides structural support and relief to the unnerving sight. Completed in 2010, the tower is credited to Rezo Gabriadze, who also built the eponymous theater. Despite its obvious flaw, the tower is nonetheless a charming sight, with its multicolored tiles and random elements. There's even an angel at the top that strikes a bell to denote every hour of the day. Needless to say, the tower is a refreshing contrast to the all the other pretty, but symmetric buildings flanking it.