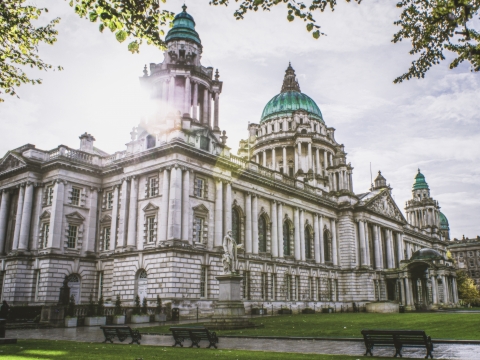 The City Hall dominates the city's skyline from every angle. The building's remarkable interior contains a marble grand staircase crowned by a domed ceiling of intricate plasterwork. The Grand Staircase is lit by seven stained glass windows and the Grand Hall is also adorned with several stained-glass portraits of British sovereigns, rescued from bombing during the Second World War. Guided tours of the building and grounds are available all year round; each tour lasts approximately one hour. 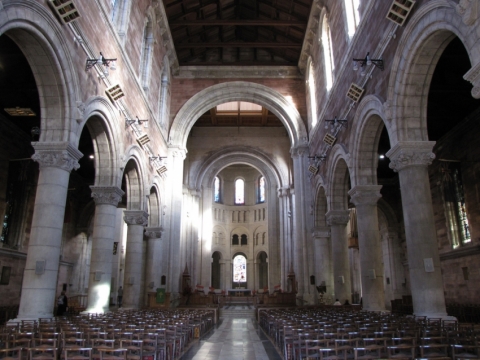 You'll spot the Neo-Romanesque facade of this cathedral long before you step up to the door. Inside you'll find lots of splendid marble and some impressively enormous mosaics. Lord Carson, leader of the campaign against Home Rule, is buried here. St Anne's Book of Common Prayer, written on cigarette papers in a Japanese prisoner of war camp, serves as a poignant reminder of human suffering. Some marvelous classical concerts are held here, and evensong on a Sunday afternoon is a beautiful musical experience, if nothing else. In recent years, the cathedral has been at the forefront of cross-community initiatives in Northern Ireland. People from any denomination, or none, are welcome to attend their weekly 'heal our land' services and to take communion here. It is open through the day for visitors. 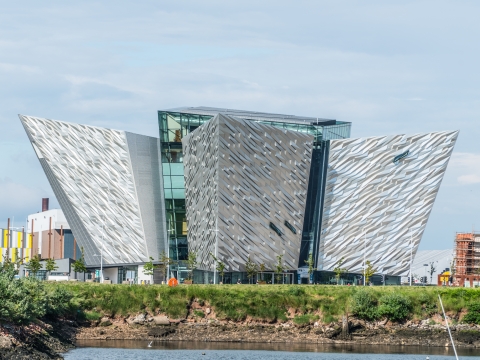 Titanic, the British liner has remained ever popular through literature, movies, exhibits and folk songs. Considered to be the biggest experience relating to the Titanic in the globe, Titanic Belfast showcases the complete story of this passenger line - right from its inception to its unfortunate sinking through stunning, interactive displays, including artifacts such as the launch day tickets and last luncheon menu. Set on the former shipbuilding site where the Titanic and Olympic were built, Titanic Belfast is among the city's most prominent landmarks. Resembling an iceberg and hulls of a ship, this striking architectural masterpiece is encased in 3000 contrasting shaped aluminum plated sheets in intricate geometrical patterns. It is not only an ode to RMS Titanic but also to the city's maritime heritage. The historic slipways feature life-size frameworks of the Titanic and Olympic while its plaza is outlined with a map of its journey with LED lights and tiles. 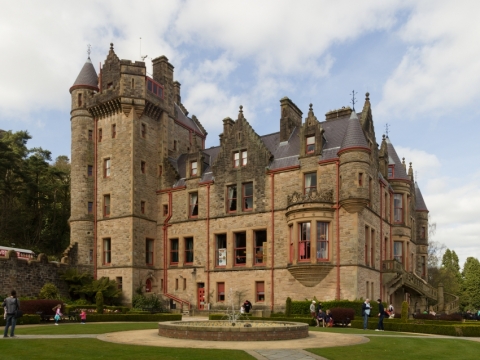 Set on the wooded slopes of the dramatic Cave Hill is the 19th-century edifice of Belfast Castle. The castle was built in 1870 and was previously home to the Earl of Shaftesbury. Within the castle are two rather expensive restaurants and also a small heritage center offering an insight into the area's history. The castle and its spectacular grounds afford beautiful views of the whole city and across Belfast Lough. If visitors feel like venturing beyond the grounds, there are walks that lead up to the foot of Napoleon's Nose and to the caves that gave the Cave Hill its name.