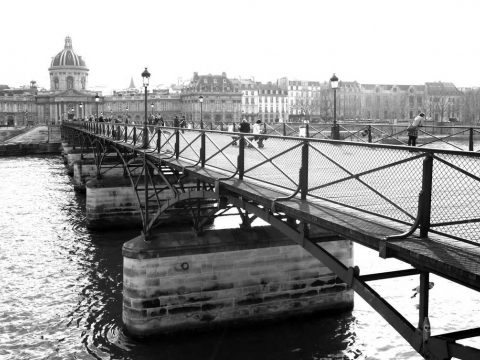 Among the various bridges spanning the Seine, the Pont des Arts is without doubt one of the most romantic, its all-metal structure providing a link between the Louvre and the L'Institut de France. This delightful little footbridge, built during the 18th Century, has always been a pedestrian bridge. Originally, a tollgate was installed at each end, ensuring that access was only given to the upper classes. The bridge faced destruction during the world wars, however, in 1981, it was restored to its former glory. 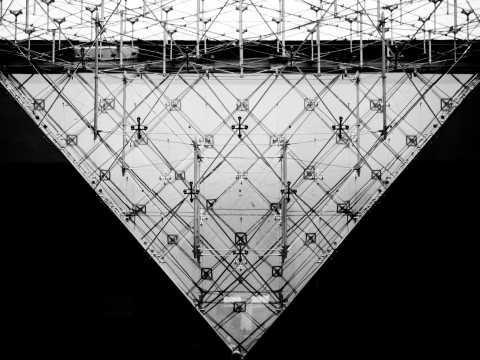 If you hadn't heard of it before, The Da Vinci Code would have told you all you need to know about the Pyramide du Louvre. La Pyramide Inversée, however, is an attraction of a different kind; this inverted pyramid situated at the Carrousel du Louvre is an upside-down skylight. Although the mall itself has much to offer, the widespread fame of this inverted pyramid is what draws so many tourists here. 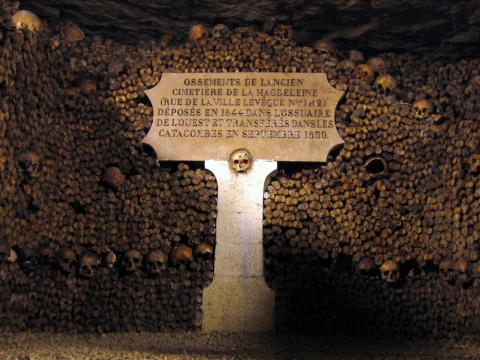 Hidden beneath "The City of Light" is a dark underworld, the final resting place of more than six million Parisians. The Catacombs of Paris are underground ossuaries formed of a network of tunnels, caves, and quarries filled with mortal remains, where the former citizens of Paris now form a part of its foundation. As Paris went on its way to becoming an important hub, thousands flocked to the city. This spurred justified concerns about the limited cemetery space, leading to the creation of the catacombs in 1810 at the site of the old Montrouge stone quarries. Although in use as an ossuary as early as the 1780s, it was not until this time that the catacombs were organized. The bones were arranged as per the cemeteries they were taken from, creating a subterranean skeletal world, where the last of the lot were brought down in 1860. During World War II, this network of galleries was used as a hideaway for the Résistance movement; its vastness and the discretion of its entrances were great assets indeed. These ossuaries, illustrated by texts, create a chilling atmosphere and describe some of the defining events in the history of Paris, giving visitors substance for meditation. It is also occasionally used as a macabre venue for concerts, parties and other events. 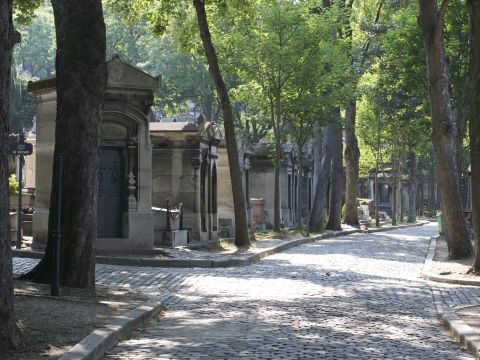 Paris' most famous cemetery gets its name from Louis XIV's religious adviser, Père-Lachaise, who previously owned the historic property the cemetery is built on. In 1804, the city decided to turn the land it had acquired into a cemetery, the Cimetière du Père-Lachaise. 70,000 graves are interred here with memorial sculptures and ornate tombstones decorating the 44-acre (17-hectare) garden. Famous people buried here include authors Marcel Proust, Oscar Wilde and Honoré de Balzac, singers Edith Piaf and Jim Morrison (whose grave is one of the most visited), and renowned composer Chopin. Among the many 19th-century sculptures and monuments is the Mur des Fédérés, which was placed in memory of the 147 rebels shot here on May 28, 1871 during the Paris Commune.