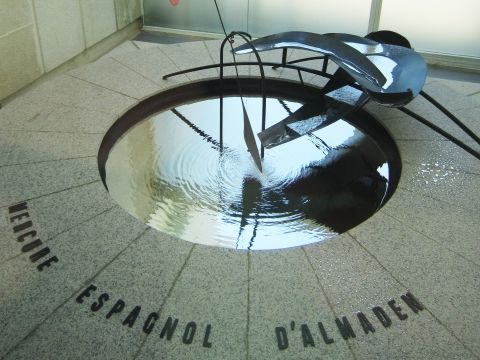 Pumping mercury instead of water, this shiny fountain is truly a sight to behold. Created by American artist, the complex installation is far from the traditional fountain designs, with the mercury flowing across numerous surfaces before reaching the shimmering pool of liquid metal. Housed in a glass-enclosed cabin at the Fundació Joan Miró, the fountain is a tribute to Almaden, a town which was historically, a major center for mercury mining.