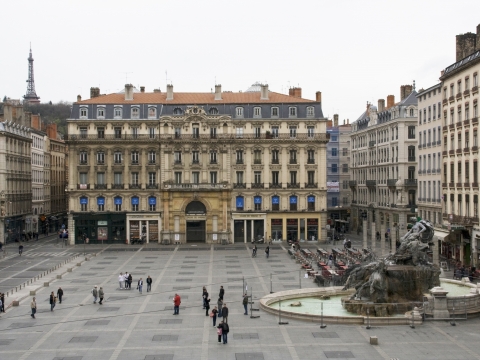 The word "terreaux" describes the old moats and medieval mud ("terre") walls that protected the town up to the end of the 16th century. These were filled in to make room for a large square where the town's guillotine was erected. It is the second most important square after Place Bellecour, as it is flanked by Palais Saint Pierre and the Hôtel de Ville (city hall). In 1892, the city council bought a statue from the famous sculptor Bartholdi (of Statue of Liberty fame) which Bordeaux had commissioned then refused. 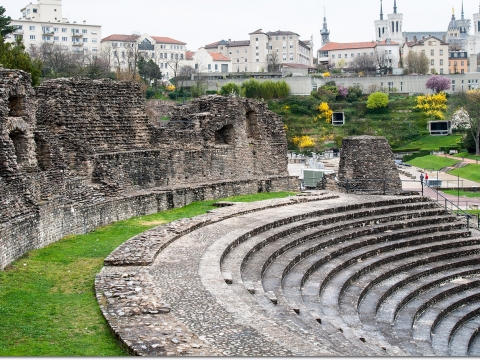 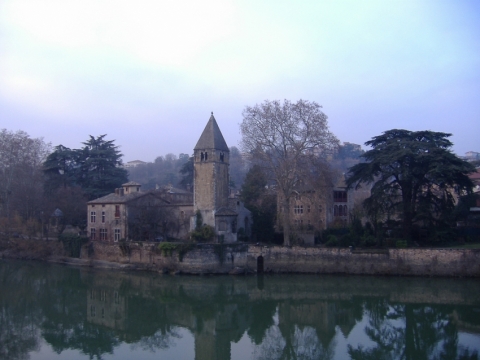 According to Grégoire de Tours (6th Century) and Leidrade (8th Century) there was a monastery on the Ile Barbe as early as the 5th Century, making it, along with St Pierre, one of the oldest monasteries in Lyons. The building of this monastery, situated on an island, perfectly suited hese first monks who were self-sufficient and preferred to lead a life of asceticism and meditation. There is little left of this Carolingian monastery apart from some artifacts displayed in the Musée Gadagne in Lyons. The monastery prospered during the Middle Ages but was closed during the Revolution and then sold. Although all that is left today is the Norman abbey church of Notre Dame (dating from end 11th-early 12th centuries), the excursion to the island is pleasant; there is a park with games for children on the Southern part and in the North, charming houses and private mansions have been preserved. Take the pont de l'île along the Saône North of Lyon (quai Carrié on the right bank, quai Clémenceau on the left bank). 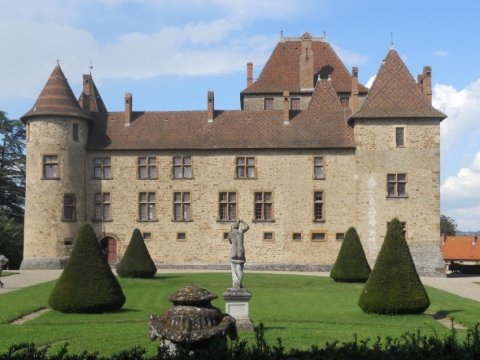 Built next to the ancient medieval city for protection, Château de Septème was restored in the 15th and 16th Centuries and parts of the ramparts remain today. Most of the buildings from the end of the Middle Ages (14th-15th Century) remain and bear witness to the changing lifestyles compared to earlier buildings (towers, chimneys and the like). The inner courtyard was reworked during the Renaissance when a loggia and gallery were added. Call for more details.