The Yokohama Municipal Tourist Association is an excellent English-speaking city tourist office that serves the needs of visitors to Yokohama. Located just a short walk from Kannai Station, and close to the Silk Center and Yamashita Park, this tourist office offers a broad selection of brochures on Yokohama, a good English-language map, and lots of free advice on good dining, fine accommodations, and the city's sightseeing hot spots. Yokohama Municipal Tourist Association also has a Home Visit System where they can arrange for you to visit with a Japanese family. Please note that at least 24 hours advance notice is required if you wish to take advantage of the Home Visit System. 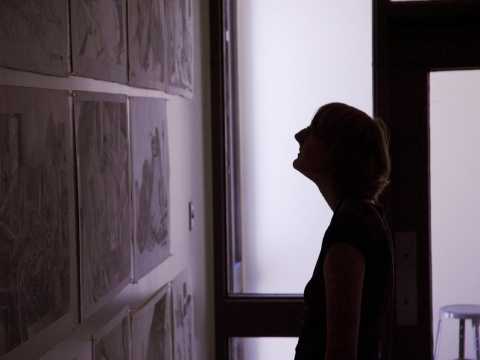 Just behind the World Porters shopping center is a large brick building with glass windows along the top. This is the Cup Noodles Museum, a museum dedicated entirely to the history of instant noodles as invented by Momofuku Ando in 1958. The spacious interior begins with a display of noodle packaging and the Momofuku story, including a re-creation of his workshed. A series of interactive displays under will keep the children amused. On the next floor is a cup noodle factory and chicken ramen factory, both of which require an extra fee to enter. On the next floor is a play area and food court serving ramen noodles from around the world. There is a brochure in English, and the titles of exhibits are in English. The museum is very popular on weekends. -AH 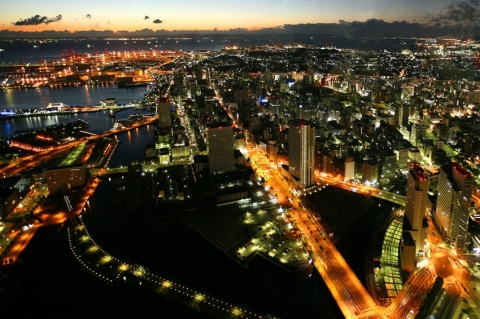 Sky Garden Observatory is located on the 69th floor of Japan's tallest skyscraper, , in futuristic Minato Mirai 21, Yokohama's showcase community of sleek high-rise buildings, ultramodern shopping malls, museums, hotels, convention centers, office buildings, and homes. There is even an amusement park with a huge Ferris Wheel that is perfect for sightseeing. From the observatory, on a clear day you can see Mt. Fuji, the skyscrapers in Nishi Shinjuku, and the far reaches of the Tokyo Bay. The world's fastest elevator takes only 40 seconds to carry you aloft the 900 feet to the observatory. 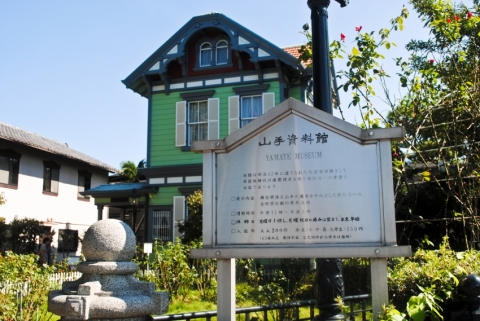 The quaint green wooden house that is the Yamate Museum was part of a larger Western/Japanese house constructed in 1909 for Mr Kanekichi Nzkazawa. It was moved to the current location, without the Japanese part, and is now the last remaining Western wooden house in Yokohama. The two-room museum has a collection of artifacts from the time of the establishment of the foreign settlement in Yokohama including glassware, tiles, chinaware and an organ. Upstairs is a model of the nearby Foreign Cemetery and information about some of the more notable graves. The museum also gives a glimpse into life in the early development of Yokohama and the foreign community that lived here. Some of the information is available in English. - AH 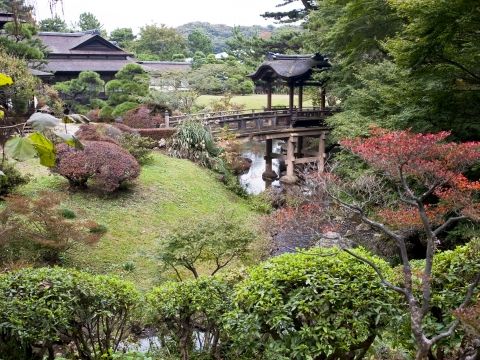 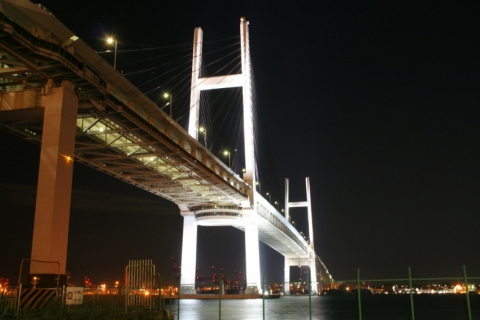 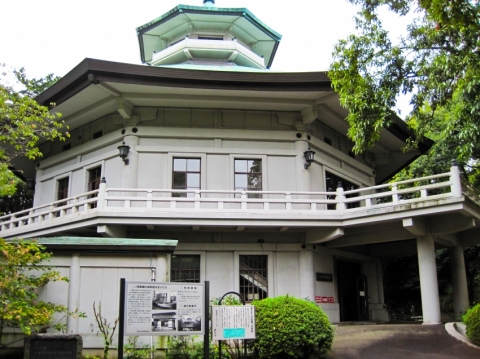 The Hasseiden was built in 1933 on the headland of Honmoku Hatiouj, by Adachi Kenzo, a politician. The three-story octagonal building is modeled on the Yumedono of Horyu-ji temple. Young people attended lectures in the second floor room, where on a small stage stand eight sages, four either side of the a divine mirror. In 1937, Kenzo donated the building to the Yokohama City, along with the land that became Honmoku Koen. It is now a local museum displaying fishing and farming implements and part of a farmhouse from the Meiji era. The many photographs record a gentler pace of life in Yokohama and record the huge reclamation scheme along the coast here. There is very little English in the museum, but an English leaflet is available. Paths behind the museum lead to Honmoku Koen and have a good view of the coast and port. - AH 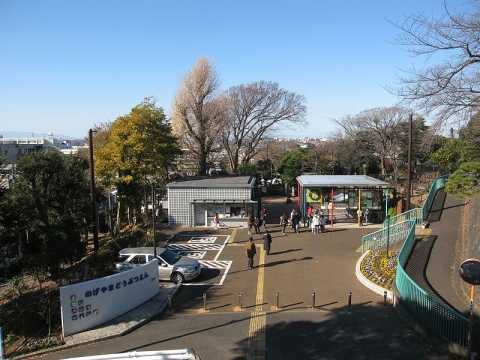 Makigahara Children's Zoo is a small zoo whose finest feature is its "petting zoo." The small children's zoo features lots of birds, sheep, goats, deer, rabbits and guinea pigs. The children can pet the animals and the kids can hold the rabbits and guinea pigs to their heart's content. Families with infants and toddlers can rent strollers at the park. 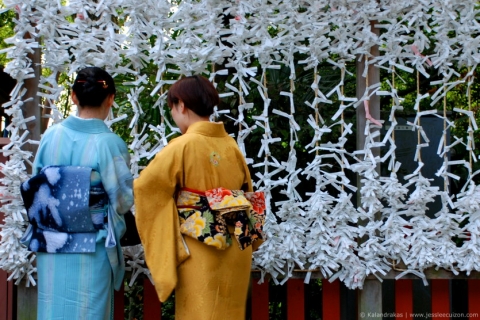