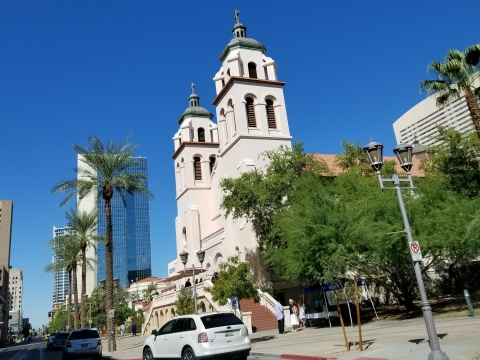 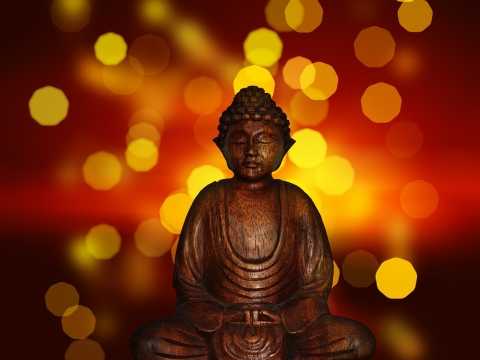 Arizona Buddhist Temple carries the distinction of being the oldest Buddhist temple in the state. Built in the 1930s, it was closed for a time during World War II, then ravaged by fire and rebuilt in 1961. Affiliated with the Buddhist Churches of America and Nishi Hongwanji in Kyoto, Japan, the temple is open to all people to hear the Dharma together as one family. This is in accordance with the teachings of the Buddha and Shinran Shonin. Educational programs include teachings of Buddhism for Pre-K through high school, as well as adults. Credit cards are not accepted. 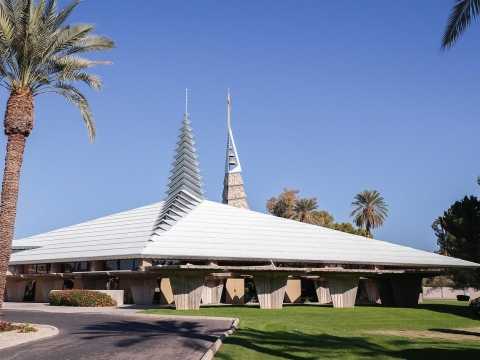 This church, designed by Frank Lloyd Wright in 1950, is an impressive building that was primarily constructed from stone. Built during 1971-1977, after Wright's death, this structure is a remarkable example of texture and materials — a trademark of Mr. Wright. The church has a double triangle shape and the 77 foot (23.5 meters) tall spire looks like a triangle from any angle. Step inside the lobby you'll find the cornerstone with Wright's signature to prove this building was a Frank Lloyd Wright design. 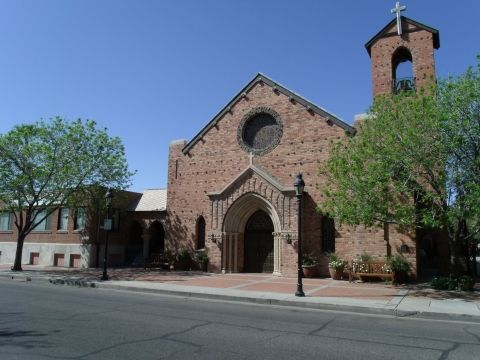 Located in the historic district of Glendale, First United Methodist Church was first established in 1894. The congregation was moved to a new church in the 1920 and is was built in a grand Gothic style with a red brick wall facade and was called one of the most beautiful buildings in Glendale. The church's interiors are beautifully decorated with stained glass paintings and windows. Listed in the National Register of Historic Places, this church is definitely a must see.