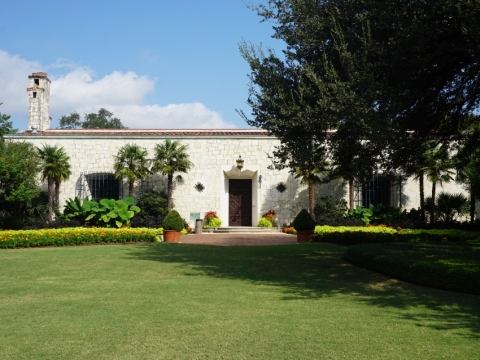 Off the shores of White Rock Lake lies the Dallas Arboretum and Botanical Garden. The 66 acres (26 hectares) of lush, perfectly manicured landscapes hold a treasure trove of trees, bushes, and flowers that are sure to make anyone green with envy. The DeGolyer House, a 1940s-style Spanish mansion, is also located on the grounds. Tours of the house and its sculpture garden are offered. The Jonsson Color Gardens, A Woman's Garden, and the Lay Ornamental Garden are all exquisite features of the picturesque grounds. 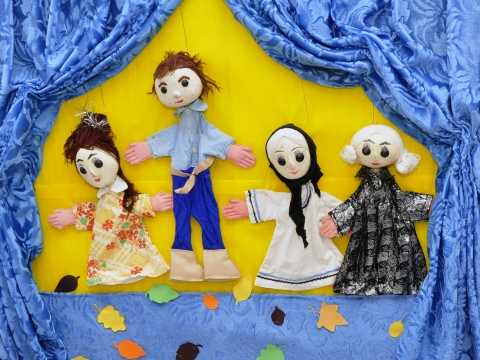 A visit to the Dallas Children's Theater is entertainment for the entire family. Introduce your little ones to the world of live theater by involving them in activities here. Classes are offered here, and are conducted by established artists. A number of excellent plays including Rumpelstiltskin, The True Story of the Three Little Pigs and several musicals have been shown here. 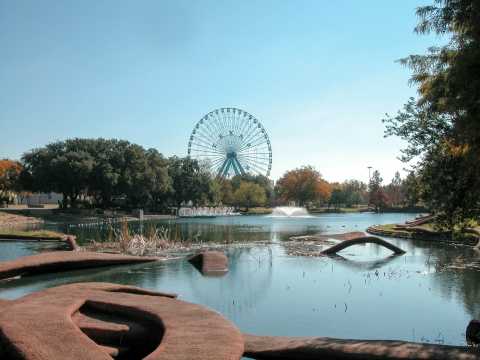 This historic site sprawls over 227 acres (918,636 square meters) and has one of the nation's largest collections of Art Deco buildings. Built in 1936, Fair Park is registered as a National Historic Landmark. It was built by the WPA to house the Texas Centennial Exposition, celebrating Texas' independence from Mexico. It boasts an inspiring list of museums including the African American Museum, Age of Steam Railroad Museum, Museum of Nature and Science, Music Hall At Fair Park, Dallas Aquarium and Dallas Horticulture Center. You will also find concerts at the outdoor Coca Cola Starplex, college football in the Cotton Bowl, and the annual State Fair of Texas. The Visitor Center shows a 10-minute film about the park and offers walking tours by appointment. 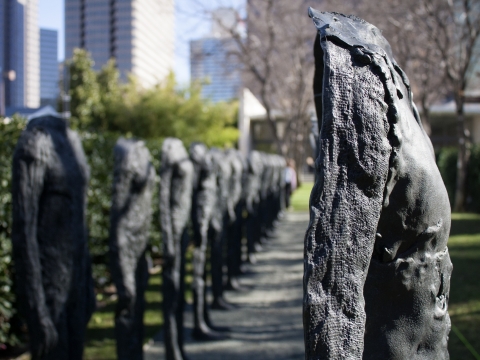 The Nasher Sculpture Center on Flora Street is a significant landmark in Dallas. The gallery, designed by Renzo Plano, displays works by Rodin and Picasso. This monumental structure with glass ceilings is bordered by a beautiful garden. The works are just as striking as the building itself. Rodin's Eve is an excellent example of how a simple subject can be sculpted beautifully. Picasso's elegant sculpture, Fleurs dans un vase, uses a mix of materials and will mesmerize you. 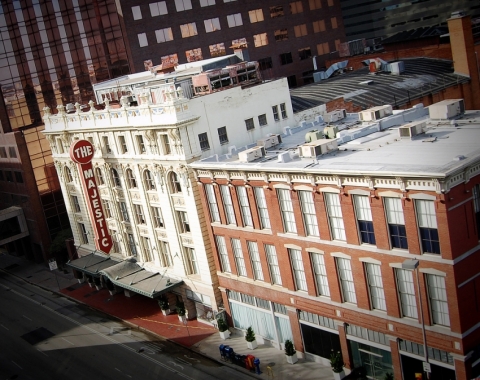 The sole survivor of the 1920's movie palaces, this restored showplace is an honored venue for a variety of performers. It has helped breathe new life into the Arts District. Gilded and ornate, its prestige sweeps patrons into a another time. This venue seats just over 1,600 people. It hosts the Majestic Broadway Series as well as the world-renowned Dallas Black Dance Theater. Additional commercial performers have one-night only or multiple night runs. 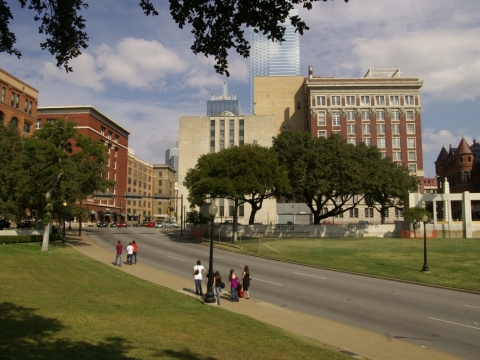 Virtually unchanged from the time of the then President John F. Kennedy's assassination in 1963, this historic site is a reminder of one of the most astonishing and despondent times in American American history. The landmark West End District, which includes the Dealey Plaza as well as the Texas School Book Depository, is one of Dallas's most important historical landmarks. The soaring skyscrapers form a modern backdrop against the park which chronicles the years gone past. Residing on the urbane landscape of downtown Dallas, Dealey Plaza is a stunning marker of the legacy left behind by the former president and his wife Jacqueline Kennedy. Dubbed as the Birthplace of Dallas, the plaza is home to the Sixth Floor Museum, which poignantly illustrates the incidents of the assassination, with the help of historic displays, artifacts and exhibits. 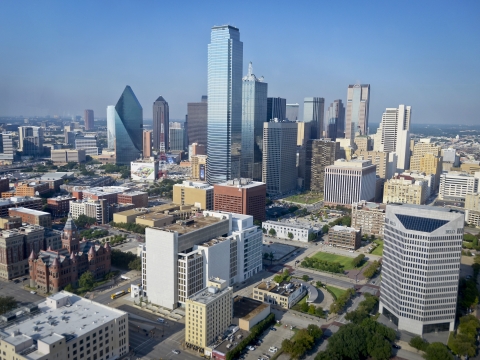 The third-largest city in Texas, Dallas is a major transit and trade hub in the northeast region of the state. Speckled with a bevy of colorful neighborhoods with distinct personalities, a skyline dominated by modernist and postmodernist landmarks and a dynamic arts scene that is firmly rooted in profound icons like the Dallas Museum of Art, this city epitomizes an incredible balance between austerity and friendliness. Dallas' origin goes back to the time when French and Spanish colonists squabbled over property rights to the land. While the Spanish ended up controlling the territory, little development or settlement occurred until 1841, when John Neely Bryan established the first permanent structures on the land. Despite memorable historic accounts that detail its groundbreaking origin, Dallas is most infamously remembered for being the site of John F. Kennedy's assassination, an event that significantly altered America's course. This heartbreaking past is revisited at the Dealey Plaza Museum, the site of Kennedy's assassination. Dallas' urbane sprawl also strongly favors a robust cultural scene, housed within modern structures like the AT&T Performing Arts Center, the Dallas Convention Center, and an array of vibrant festivals that span arts, films, food and music. 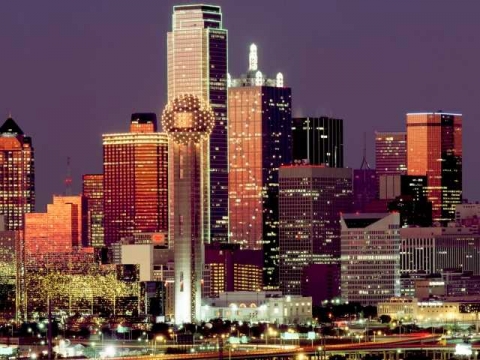 Downtown Dallas is the vibrant heart of Dallas which is not only a business hub but also an entertainment zone for anyone who wants to explore its surroundings. From hip nightclubs, creative restaurants to lively dive bars, the Downtown has a lot to offer for everyone. Choose from any of its fifteen districts such as the Arts District, the Main Street District or the Reunion District, you will just be amazed by its versatility. Don't forget to visit the Reunion Tower which offers magnificent vistas of the city's skyline from its top.

A great testament to urban redevelopment and creating green-space within a city, the Belo Garden is a public park, open for all to enjoy. The former parking lot is now a lively hub of activity in the city and offers a great place to rejuvenate, relax, pursue fitness goals or simply enjoy nature in an urban environment. Especially popular with kids, is the interactive fountain where kids can play and socialize. With a lovely nod to the local flora and landscape, the Texas Grove is a sight to see in the autumn with it's dramatic oranges and golds, and the little gardens populated with local flora interspersed around the park are a lovely place to relax. If you'd like to enjoy a little quiet time and take a break from the chaos, stop by the park and enjoy the greenery in the heart of Dallas. 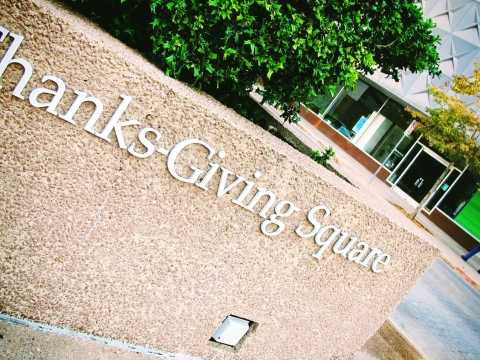 This spiral-shaped chapel was designed by Philip Johnson, the noted American architect, and features stained glass by Gabriel Loire. It honors the spirit of gratitude as it is represented in world religions. The chapel comprises just part of this lovely downtown oasis, which includes the Bell Tower, a garden, walkways with reflecting pools and waterfalls. 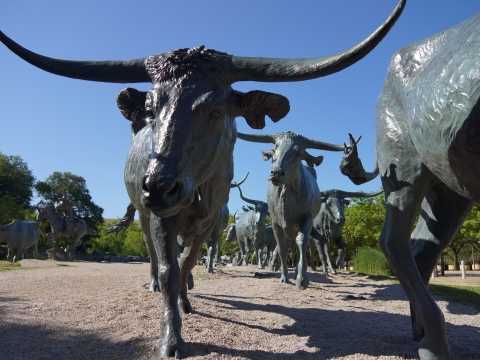 Pioneer Plaza is more than just your ordinary park. A bronze ensemble of lifelike cattle punctuates this 4.2-acre (1.6 hectare) park overlooking City Hall and the Dallas Convention Center. Nationally-acclaimed artist and native Texan Robert Summers is the artistic force behind the unique sculptures. The 70 bronze steers memorialize the cattle drives that took place along the Shawnee Trail back in 1854. 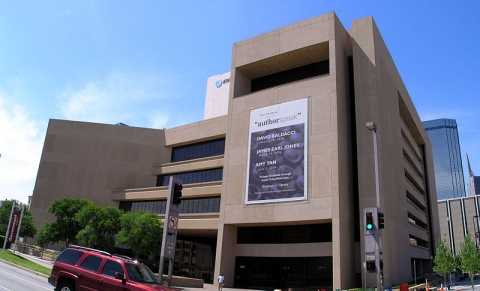 Dallas' Central Public Library's namesake is J. Erik Jonsson, a civic leader who worked for Texas Instruments. In honor of his heritage, the library has a handcrafted scale model of an eighth-century Viking ship, the Drakkar, in permanent exhibit on the second floor Children's Center. The library's copy of the Declaration of Independence may be viewed in the Declaration of Independence Room on the seventh floor. While there you should check out the First Folio, the authentic first printing (in 1623) of William Shakespeare's plays. If your visit is more literary in nature, roomy aisles and shelves hold a tremendous collection worthy of a large city's main library. The wooden library tables and chairs create a comfortable atmosphere in which to study or read for enjoyment. 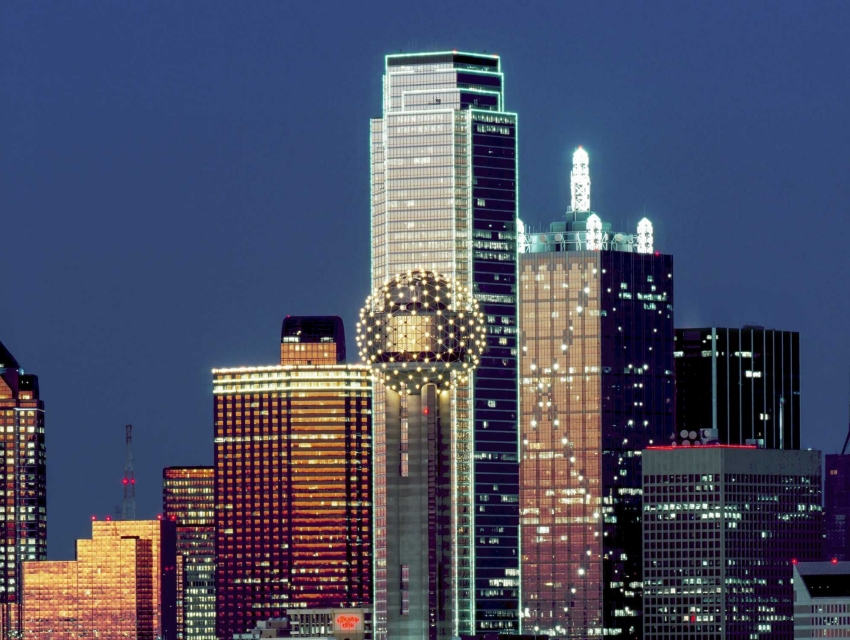 A Day in Dallas 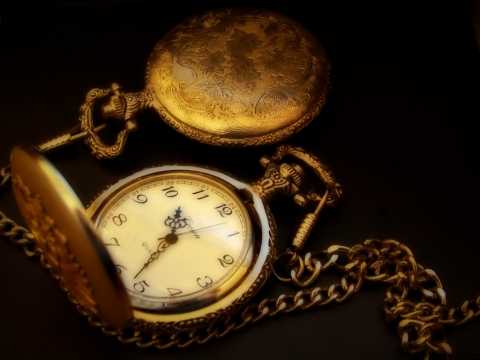 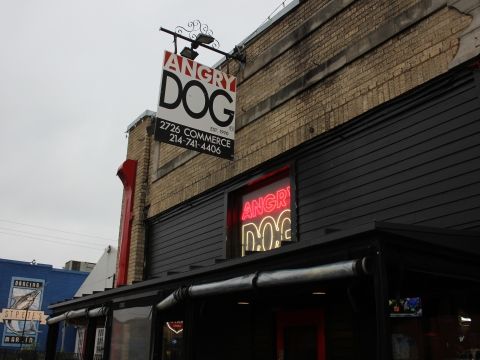 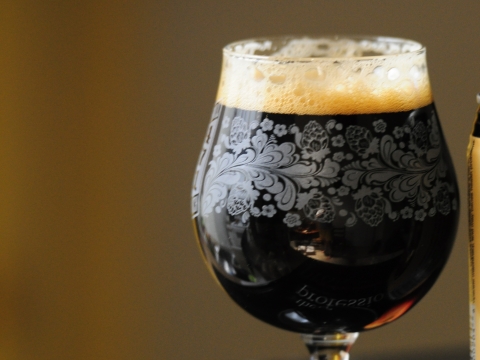 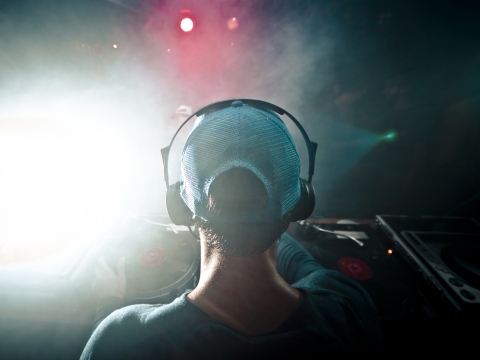 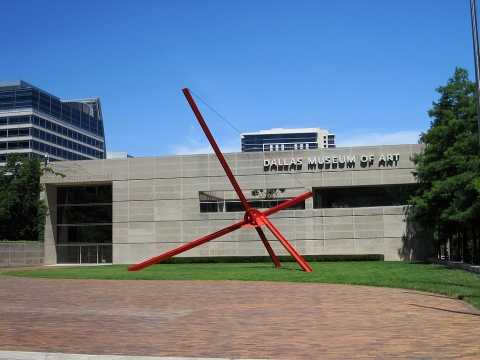 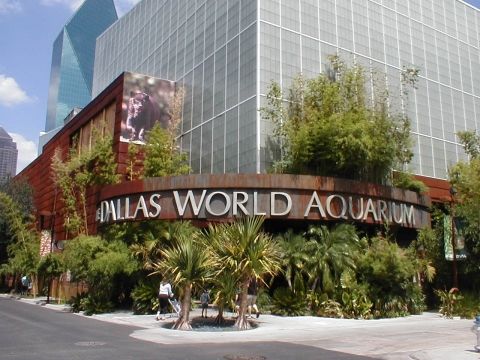 Best for Kids in Dallas