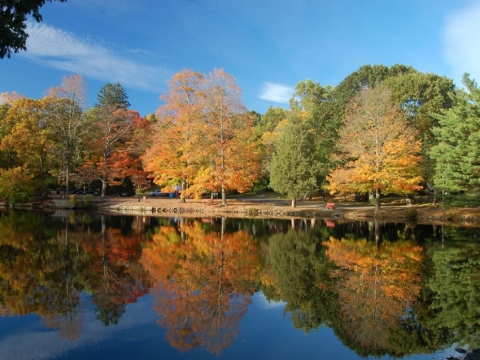 Stamford Museum & Nature Center is a one-stop destination for all educational and fun activities. Sprawled over 118 acres (47.75 hectares), it is home to the large Hecksher Farm and the Tudor-style Bendel Mansion that houses an interactive center and museum. It also boasts a planetarium for astronomical shows and a four-level observatory equipped with a 22-inch (56-centimeter) telescope. Every exhibit within the museum is tailored towards kids and features interactive artifacts to teach them about animal life, culture, history, science and fine art. The myriad trails take you through glacial erratic rocks, ephemeral pools, woods, pastures and farmlands with alpacas, pigs, chicken and llamas. The highlights are the Edith and Robert Graham Otter Pond and the playground where kids befriend a variety of animals. This center organizes events like maple sugar and harvest festivals, farmers' markets, astronomy projects, wildlife camps, antique car shows and wine tastings. 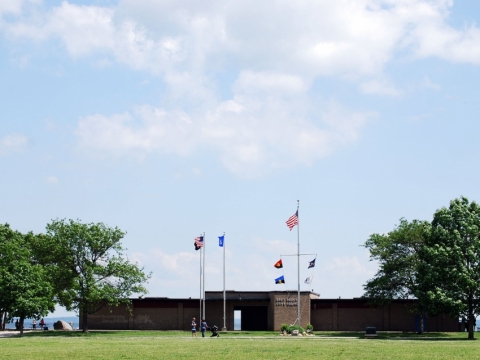 Cove Island Park is a nature lover's dream come true and borders the Cove Harbor and Holly Pond, with magnificent views of Cove Island. This park is a unique mix of beaches, meadows, grasslands, freshwater and salt marshes, mudflats, a deciduous forest and an estuary near the Cove River. The picturesque terrain comprises of large and small water bodies like lakes and ponds, and has trails winding through the rocky coastline, thick woods and meadows flecked with wildflowers. More than 300 bird varieties have inhabited this park and it is also a wonderful spot for fishing enthusiasts. Certain key scenes of the 2007 movie Reservation Road were filmed here. 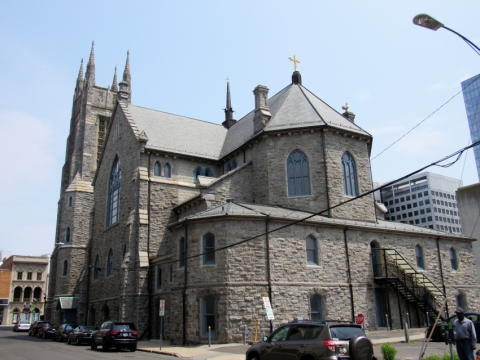 Kostenlos
The Basilica of Saint John the Evangelist

A fine specimen of Gothic architecture, The Basilica of Saint John the Evangelist has expanded from a small church originally established in early 1850s to a large structure accommodating multiple immigrants of the Catholic faith today. In contrast to the Gothic exterior, the interiors are simple yet captivating. The church is famously called 'The Mother Church of Stamford'. 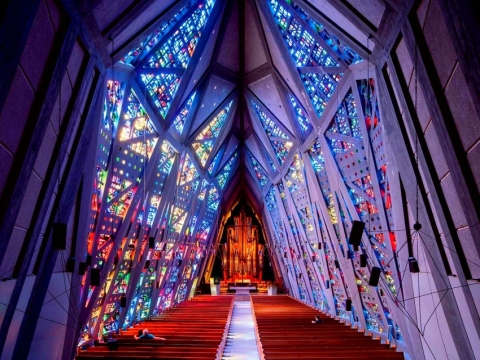 Famous as 'Fish Church', First Presbyterian Church of Stamford has seen multiple changes since it was first established in the late 19th-Century. However, its Modern architecture continues to leave visitors and congregation members spellbound with stunning stained glass interiors and a 56-bell carillon. 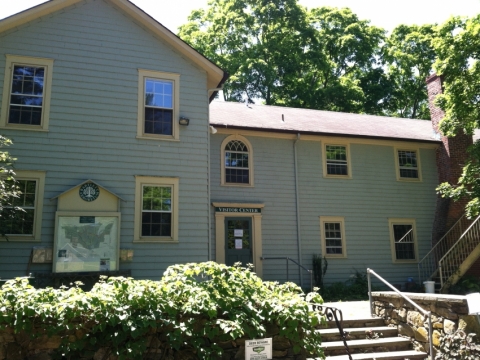 Bartlett Arboretum & Gardens is home to the indigenous flora and fauna of Southwest New England. Sprawled over 91 acres (36.82 hectares), it comprises of natural and semi-natural habitats that interest botanists. Visit the Magnolia Collection to view beautiful pink, purple and white blossoms, the Pollarded Tree Display for spectacular deciduous trees and the Conifer Garden to observe pines, junipers, firs, yews and spruces. The Mehlquist Garden houses exotic flowers from Europe, Korea and Japan, while the Nut Tree Collection is home to pecan, chestnut, hazelnut and walnut trees. Numerous trails take you to the Red Maple Wetland, the Woodland Pond with arrow arum and lilies, a magnificent tea garden and meadows dotted with wildflowers. Bartlett Arboretum conducts several educational camps throughout the year for both adults and children. 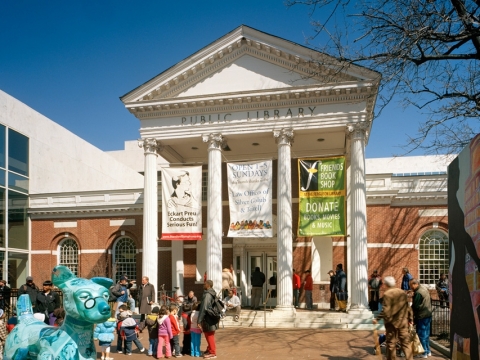 The Ferguson Library is not actually a single library, but rather a network of four separate locations and a Bookmobile that travels throughout the city. Named after Ferguson Library's esteemed president, Ernest A. DiMattia, Jr., a magnificent early 20th-century building forms an apt home for the main branch of the library. Spread over four levels, it houses an extensive collection of books, magazines and other publications, alongside CDs, DVDs and multimedia resources. A Small Business Resource Center, a computer lab offering educational programs and the Purdue Pharma Consumer Information Center can also be found here. Just off the lobby is a room dedicated to new materials, while the second floor houses a variety of special collections. Author receptions, film screenings and other events are often hosted in the library auditorium. During library hours, the warm aroma of coffee wafts through the doors of the attached Starbucks cafe and into the award-winning Ferguson Library Bookshop. For bibliophiles and those with a thirst for knowledge, there can be no better place to explore than the Ferguson Library.

The 1750 Ogden House & Gardens served the Odgen family for nearly 125 years. Currently, managed by the Fairfield Historical Society, this historical house chronicles and displays documents and objects pertaining to that era. Its beautiful gardens further add to the splendor.

The historic David Ogden House is a remarkably well-preserved example of a mid-18th-century farmhouse in Fairfield, CT. The house was built in 1750 for John Ogden, around the time he was married to Jane Sturgis, and remained the Ogden family's abode for the next 125 years. Having survived being burned to the ground by the British who invaded Fairfield in the midst of the American Revolution, the historic saltbox structure is an especially cherished piece of local history. Today, the Fairfield Historical Society maintains the historic home as a museum that illustrates the lifestyle of a middle class, colonial family in the 1800s. Besides the house itself, the Fairfield Garden Club maintains a Colonial Kitchen Garden with plants that were typical of gardens planted around the time the house was built. The David Ogden House can visited outside regular open hours by appointment. 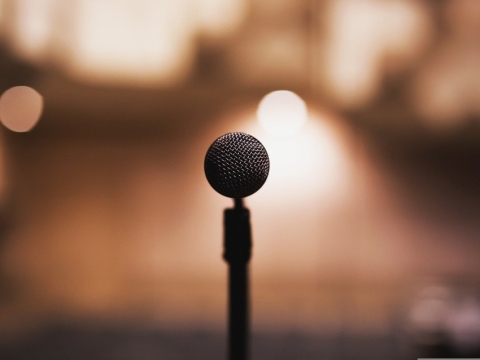 The Warehouse at Fairfield Theatre Company is a live music venue that plays host to an exciting lineup of artists and bands throughout the year making it one of the best venue for music lovers in the city. The flashy lights, state-of-the-art sound system and the overall fun atmosphere make watching a concert at this venue memorable and enthralling. Apart from concerts, this venue plays host to parties and private events in large numbers throughout the year. Bringing the best musical talents in the country to New Haven is what The Warehouse at Fairfield Theatre Company has been doing for years. 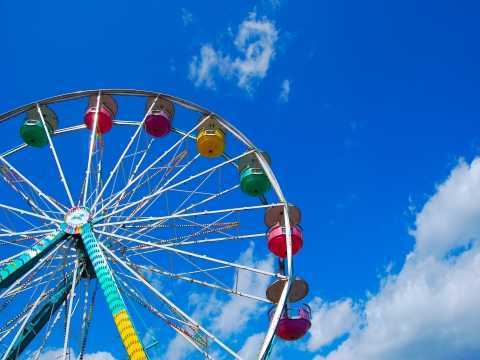 Opened for the general public on September 16, 2007, the Fairfield Museum and Historic Center is a monumental museum and library dedicated to the history of Fairfield, Connecticut. The museum boosts of a terrific collection of clocks, costumes and textiles, military items, dolls and toys, artistic furniture, and architectural fragments. Through the wide array of exhibitions, the museum offers tourists a glimpse of the state's colonial roots. A major highlight is the Landscape of Change exhibition, which reflects on Fairfield’s heritage. 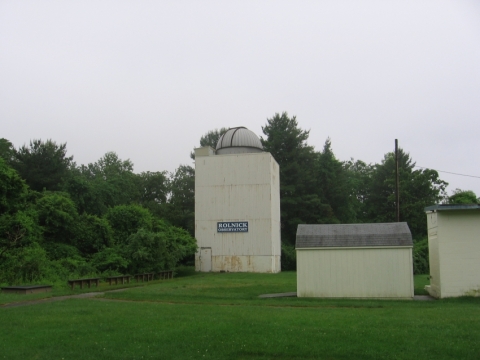 The Westport Observatory, formerly known as Rolnick Observatory, is an observatory in Westport. Perched at the highest point upon the old BR-73 Nike missile site in the town, it has been operated by the Westport Astronomical Society since 1975. Featuring a dome observatory, it regularly hosts space and science programs for all ages. Visit the observatory to observe the planets and the solar systems through telescopes, know more about space and the stars from the friendly staff, and immerse yourself as you learn about the secrets of the universe.