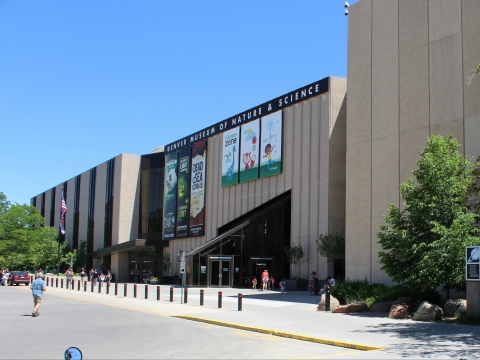 This museum is one of the city's most popular attractions, drawing almost two million visitors a year. There are permanent displays on North American Tribes, Egyptian mummies, dinosaurs, and minerals, all stunningly detailed and vast. The museum also hosts traveling exhibits such as Ramses II and Imperial Tombs of China. An IMAX cinema, gift shop and cafe are also on-site. 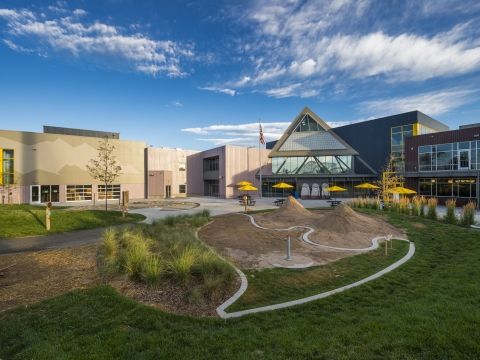 This is a place where a child's natural urge to experience the world hands-on comes together with art and science projects, building materials and imagination. The museum includes nine interactive Playscapes including the CMD Fire Station #1, My Market, Center for the Young Child, Under My Feet and Over My Head, The Assembly Plant, Making the Team, Arts a la Carte, Around the Block, and Alphabet Soup. There are also several programs, activities and special events held throughout the year. Check the museum's website for a complete listing of upcoming events. 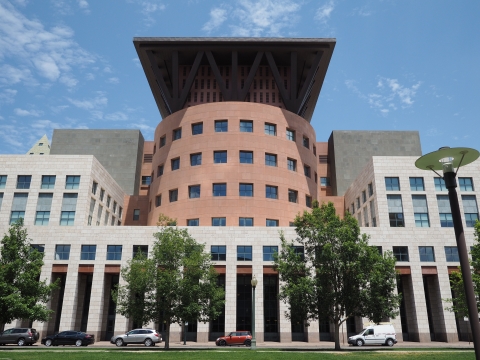 This library, a post-modern structure full of turrets and odd geometrical shapes, is a bastion of knowledge. Internally, the academic atmosphere of each study area is indicative of individual moods. Six of the ten floors of the library are open to the public. Keeping with the tradition set in 1894, the library still has a world-class children's facility. The library is a regional depository for government publications. It offers extensive genealogical resources as well as historical books, photographs, art, and memorabilia chronicling the American West. The library also offers fiction and non-fiction texts, periodicals and computers allowing free Internet access. Tours are available. 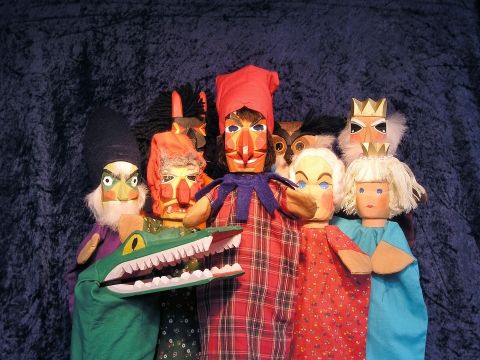 If you are in search of a break from the normal kid diversions of arcades and such, bring your children here for a few hours of refreshingly different fun and amusement. Be sure to arrive at least a half-hour prior to show time to give your kids time to "play" with the puppets and roam freely around the puppet-making workshop. Owner Annie Zook has a wonderful talent for bringing dolls and puppets to life for children. Each show lasts about 45 minutes. 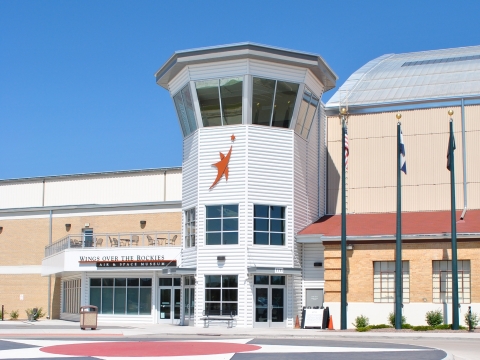 This museum occupies Hangar Number One on Lowry Campus, formerly known as the Lowry Air Force Base. Here, visitors can view 31 aircraft, from a World War II Corsair to the B1A Bomber. The museum also houses extensive exhibits on the history of Lowry Air Force Base, World Wars I and II, former President Dwight D. Eisenhower and even the Hubbell Telescope. A display on the science of flight includes a space station simulator. 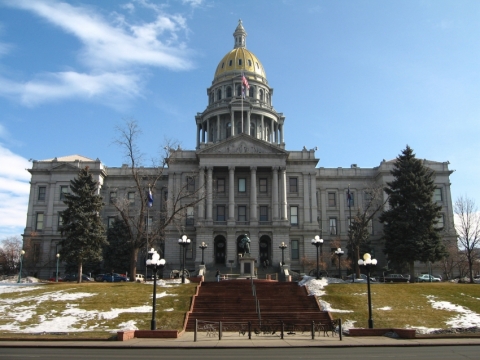 Modeled after the venerated United States Capitol, the Colorado State Capitol is a neoclassical beauty constructed using Colorado white granite. Standing exactly one mile above sea level, the building meticulously epitomizes Colorado's Gold Rush through the Gold Leaf on its striking dome. Quintessential illustrations on the stained glass windows further immortalize the capitol's respect for the state it calls home. The Colorado State Capitol hosted its first general assembly in 1894, and it was inscribed on the National Register of Historic Places in 1974.

Red Shift is by trade a framing source, however, it also specializes in cutting edge art. It favors the works of national artists and those beginning to make ripples in the art scene. The gallery itself embodies the look and feel of a classic SoHo art house. Tall ceilings and primitive looking walls give it a funky, authentic look of "this-place-is-happening." The gallery's size makes it well suited for exhibits and special events.

Redline is a contemporary art space that supports the intersections of community, art experimentation and education. The gallery, which is housed in a building designed the architects Semple-Brown in the Northeast area of Denver, contains a roomy gallery showcasing the works of its artist-residents, as well as creations by community members. Indeed, in addition to monthly exhibits, Redline strives to reach out to homeless populations and local public school youth through its solid arts-education programs; their work is often featured on its walls. As a result, Redline has created a vibrant, engaging space that invites everyone--artist or public--to rethink the line between artist and community. 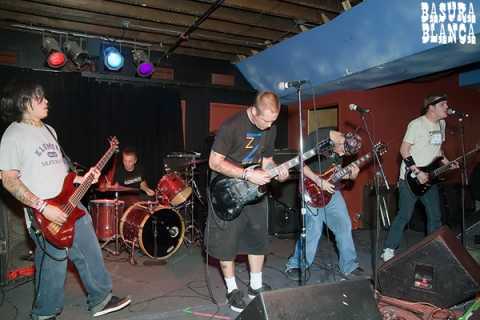 Marquis Theater is one of the best punk rock venues in town that features regular performances by various indie and rock bands. It is an informal venue where you can catch a show and party at the same time. 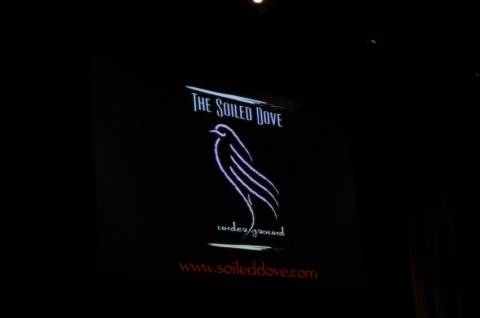 The Soiled Dove is a cross between a bar and a concert hall, with a half-moon configuration that holds up to 400 people at a time - yet customers are never more than 45 feet (13.8 meters) from the stage, which plays host to some of today's most accomplished artists. It also features a state-of-the art live recording studio and in 2010, was voted the best Concert Live Experience in Denver. Feel the music! 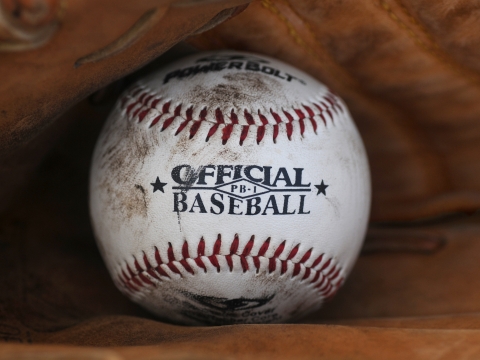 B's Ballpark, located opposite Coor's Field with its entrance near one of the seating gates, is more than just a tribute to Colorado baseball culture. Bruce Hellerstein began collecting baseball memorabilia in his youth and now his collection has become B's Ballpark Museum. Hellerstein's collection includes the usual memorabilia like cards, jerseys, autographed balls, and banners, but also unique artifacts like pieces of Babe Ruth's bat, a section of "The Green Monster," and the manhole cover that Mickey Mantle tripped over at the 1951 World Series that permanently injured his leg. For casual baseball fans, there is plenty here to entertain you before the game, as it is open during every game at Coors Field. For serious fans, B's Ballpark Museum is a treasure trove of baseball history. 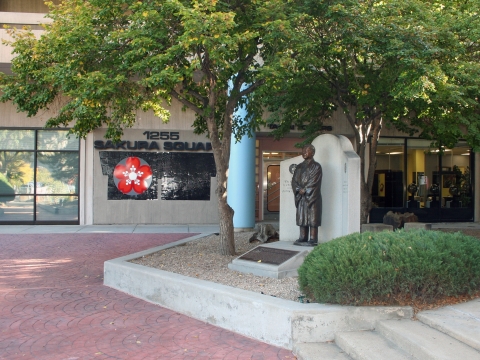 Sakura Square is a small square at the edge of downtown Denver built around a handful of cherry blossom trees planted there by Japanese ambassadors in the 1950s. Though the trees rarely bloom due to the unpredictable Colorado weather, Sakura Square still maintains relevance as the center of Japanese culture in the Denver area. The square contains a small park with several relevant statues, a shopping center with Japanese market, restaurants, and small museums, and the local Buddhist temple. Sakura Square also hosts the yearly Cherry Blossom Festival every July, and offers classes in Taiko drumming, flower arranging, and more. For a peaceful sit in the park or a brief glimpse into Japanese culture, Sakura Square is a lovely place to visit. -Sabrina Zirakzadeh 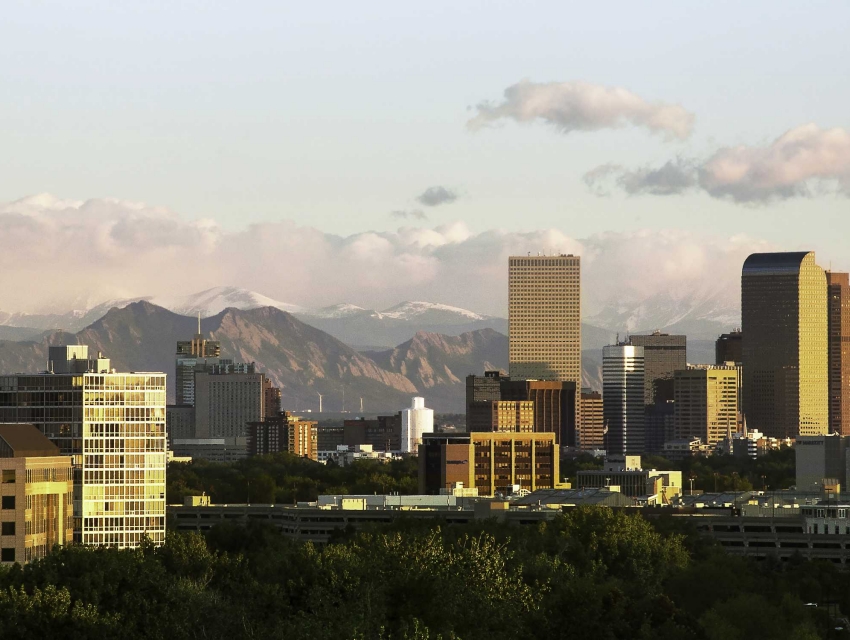 A Day in Denver 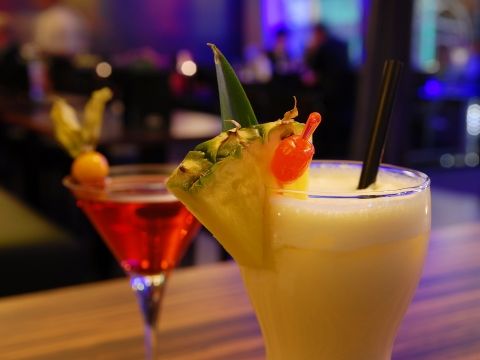 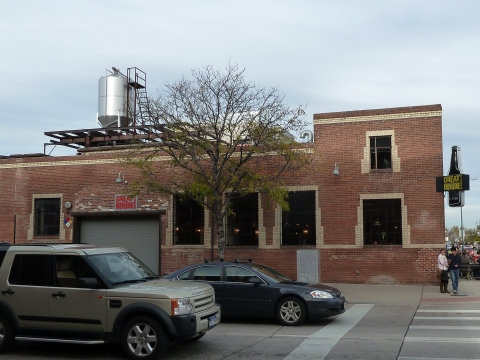 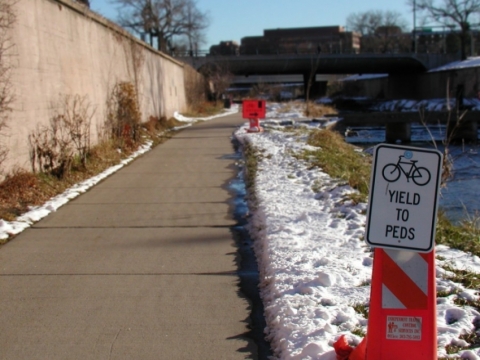 Best Clubs with DJs in Denver