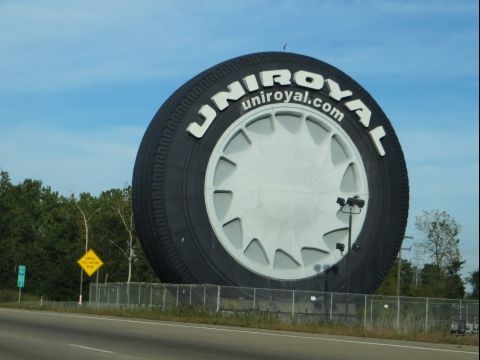 One of the most popular roadside attractions in the United States, Uniroyal Giant Tire has been a landmark for decades. Located on Interstate 94, near the airport, the mammoth tire was built as a Ferris wheel for New York World Fair in 1964. With a seating capacity of 96 people, the giant wheel catered to more than two million people that year, including Jacqueline Kennedy. It was later moved to Allen Park, where it still stands about eight stories high, drawing many tourists each year. 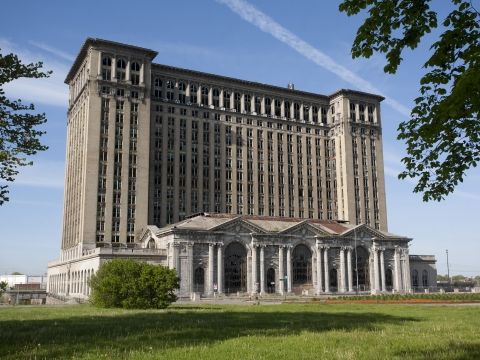 Michigan Central Station, also called Penn Central Station, was a rail depot built in 1913 to serve the Michigan Central Railroad. The station's imposing Beaux Arts building was the point of pride for the railroad and at one point it held the distinction of being the tallest railway station in the world. While the station is no longer in use today, it stands as a reminder of the glory days of the railroad. This abandoned building has historical significance and has been listed on the National Register of Historic Places. 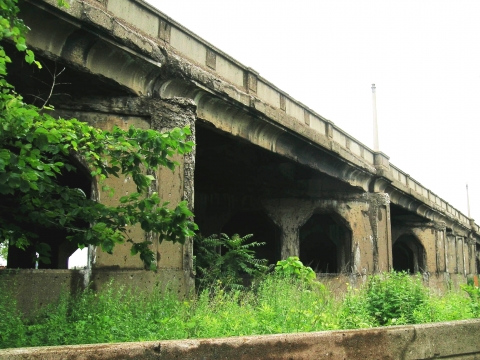 Listed on the National Register of Historic Places in 2000, the Fort Street–Pleasant Street and Norfolk & Western Railroad Viaduct is a local landmark. It features six lanes as well as four railway tracks. Although not in use, it stands as a testament of the progress of Detroit's transportation system. 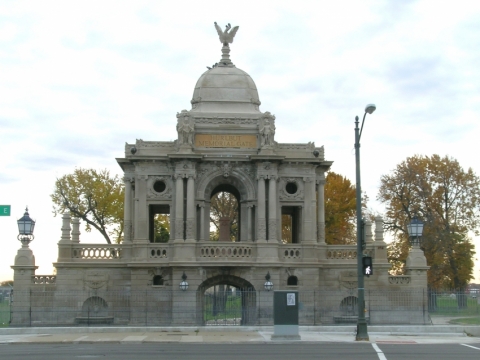 The Hurlbut Memorial Gate is a grand structure at the main entrance of the Water Works Park in the historic district of Detroit. This limestone structure was built in Beaux Arts style by Gustave Mueller and Herman A. Brede. There is a rather rich history behind the construction of this monument, which coincides with the development of the city of Detroit. Built in 1984 and repaired in 2007, the monument is a Michigan State Historic Site and is also on the National Register of Historic Places. 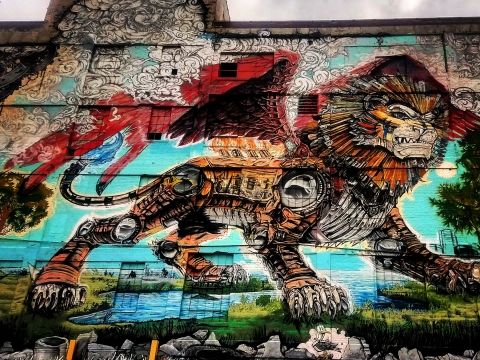 This giant graffiti urban mural can be found standing proud on the Russell's Industrial Center's building number two. Measuring over 8,750 square feet, the mural is so big that it can be seen from Interstate 75. Depicting a towering Chimera, a mythological creature, the lion hybrid with wings and mechanical features is a testament to Detroit's spirit and history. The piece was commissioned by the Russell Industrial Center and was created by the talented artist, Kobie Solomon. 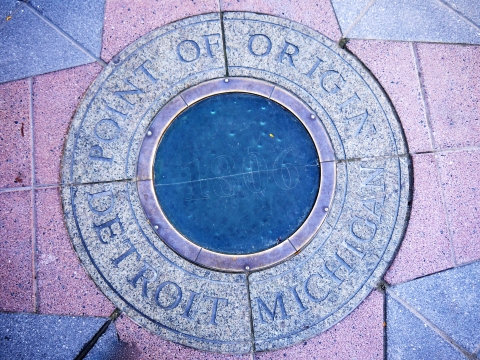 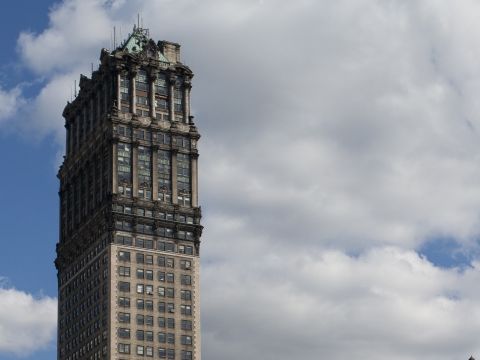 One of the major historical buildings that dotted the city's skyline since 1917, Book Tower with its neo classical and renaissance architectural styles is a tall beauty to behold. Soaring at 38 floors, it was at one point the tallest in town. Featuring two wings which were built in different years, this commercial structure is noted for its caryatid sculpture on its facade. Its ornate tower with intrinsic artworks and columns are what makes it stand out. It remained unoccupied since 2009. Currently undergoing restorative work, this beautiful skyscraper is a must for those interested in architecture.