A Day in Parma 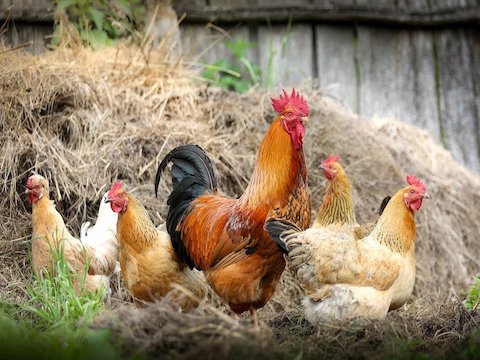 This distinctive pharmacy, located between the walls of the convent of San Giovanni, probably opened in 1201, although the current furnishings of the historic shop date from a later time. Three rooms hold shelves filled in the 16th-17th Centuries with small and large vases, flasks, jugs and tankards: the Sala del Fuoco (fire room) has a delivery desk with scales; the Sala dei Mortai (mortar room), frescoed with lunettes showing figures of Hippocrates, Galeno and Avicenna; and the Sala delle Sirene (sirens room), which holds a collection of documents. 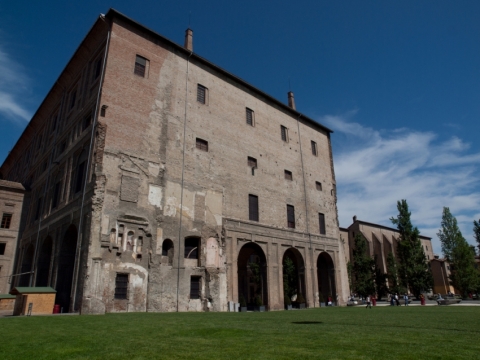 This building is in the heart of the historic center and is home to the Palatina library, the archeological museum, the national gallery, the Farnese theatre, the Institute of the History of Art of the University of Parma and the headquarters of the Parma and Piacenza galleries and the Toschi Art Institute. The building dates from 1583 and takes its name from the Basque game of Pelota, which was played in the courtyard. In the course of time, the fascinating building has undergone many changes and was partially rebuilt after the bombings of 1944. 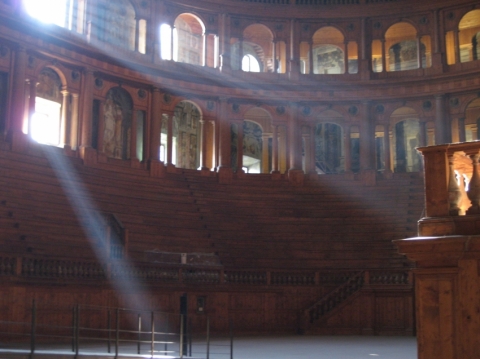 The wooden Teatro Farnese by Giovanni Battista Aleotti (also known as the Argenta) was built in the original Sala d'Arme in the Palazzo della Pilotta. It was constructed for Ranuccio I Farnese in 1618 to celebrate Cosimo II de' Medici's stay in Parma. The theatre became an example for its uniqueness, from the very structure with its moveable scenery to the machinery which could lift performers into the air, and also for the ingenious system which flooded the theatre so that nautical battles could be staged. 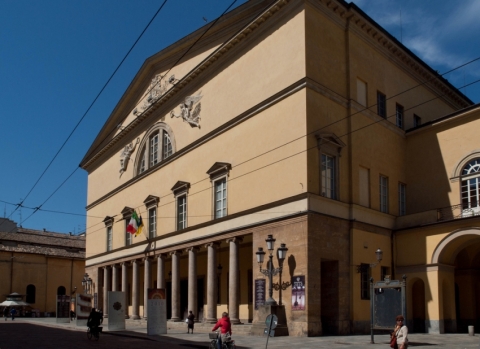 The Teatro Regio has become one of the most famous opera theaters in the world. Constructed in 1821-29 for Maria Luigia, it was inaugurated on May 16th, 1829 with a performance of Zaira by Vincenzo Bellini. It has a splendid neoclassical facade with a portico and a double row of windows. The neoclassical atrium leads into the elliptic stalls surrounded by four orders of stages and by the gallery. It is best to phone in advance if you want to visit the theater, as it is busy all year round with a series of important artistic and cultural productions.