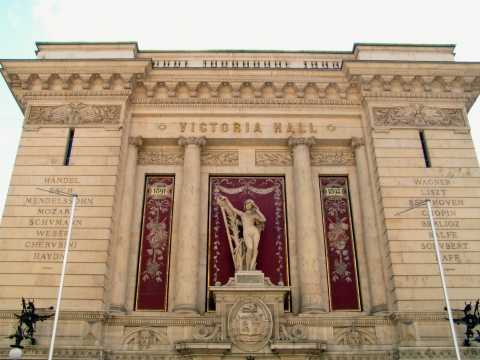 Victoria Hall, built at the end of the 19th Century in honor of the English queen, is a magnificent concert hall that is both luxurious and acoustically brilliant. Built for classical concerts, the hall is the venue of choice for city-based as well as visiting orchestra groups across the country. The ornate decorative elements and regal ambiance of the hall enhance the performances hosted here. A wide range of cultural events are conducted here throughout the year, which you can't afford to miss. Visit the website for details about upcoming performances. 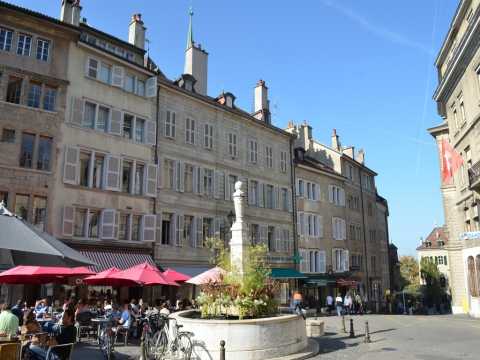 With a pleasant combination of art galleries, bistros, bric-a-brac and antique shops, the Old City area is popular with tourists and Geneva's younger crowd. You can easily mix shopping with a bit of sightseeing in the area. Art galleries show a surprising range of styles from ancient Chinese and Japanese pots, primitive to impressionism, and all the while in attractive, bright spaces. While the medley of tiny shops makes the Old City particularly appealing for impulse purchases, a large department store in this area provides a good selection of necessities. Less hectic than other parts of the city, it is the perfect place to browse at a leisurely pace and then enjoy a cheese fondue or other regional cuisine. Pause to view the splendid Hôtel de Ville and Maison Tavel along the way. Shoppers can also admire the beautiful architecture and charming ancient streets that beg to be explored. 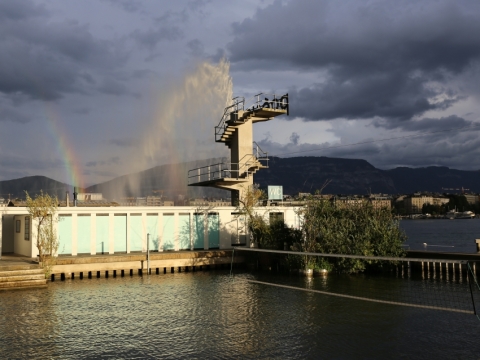 Les Bains des Paquis is a recreation area located by the shores of Lake Geneva, in the city of Geneva. There are several attractions and activities at this location at all times of the year. In the winter, one can indulge at their traditional baths and spas, while in the summer, the lake shore presents one with brilliant swimming opportunities. One can also enjoy a lakeside meal at Les Buvette des Bains, or get a relaxing massage done. The visiting hours for each service many vary according to season so do check in advance. 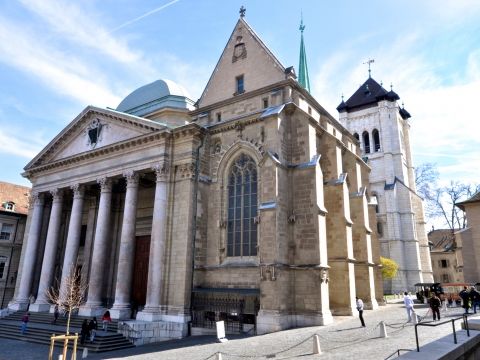 Having aged gracefully over more than 850 years, this magnificent cathedral lies nestled in Geneva's Old Town. Its interiors set alight by chandeliers, this cathedral boasts ornate chapels like the Chapel of Maccabee adorned with Gothic frescoes, and side aisles bearing tomb stones of various luminaries of the church. In addition, its majestic capitals draw influences from the Romanesque and Gothic styles of architecture, and are some of the largest in the whole of Switzerland. Not only is this cathedral a solemn dedication to Saint Pierre, but it is also a stirring emblem of Roman Protestantism. A steep climb through a labyrinthine spiral staircase leads to two imposing towers which serve as an outstanding vantage point over the shimmering blue Geneva Lake, charming brown-roofed buildings and the iconic Jet d'Eau. North of this grand structure lies the extensive International Museum of Reformation, which is a stirring insight into theology, and what life looked like after reformation. 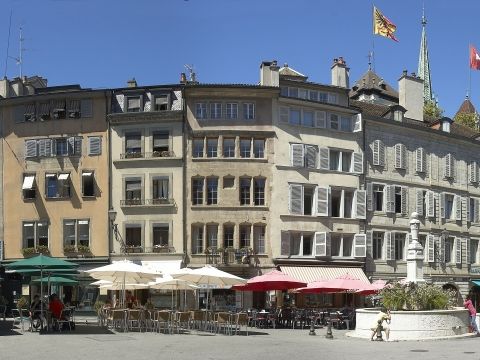 Located at the intersection of rue Verdaine, rue des Chaudronniers, and rue Étienne-Dumont is the Place du Bourg-de-Four, a bustling town square in Geneva's Old Town. This place draws its historic significance from the historic buildings that surround it; though bearing picturesque, pastel-hued facades with flower-laden windows, at one time these buildings were originally raised to shelter European refugees from across Europe. The square is within close proximity to noteworthy attractions like the Palais de Justice and St. Pierre Cathedral, the largest church in the city. Surrounding the Place du Bourg-de-Four are gelateria, cafés, book stores, art galleries, bars, and bistros which promise a buoyant and enjoyable atmosphere through the day. Once the site of a significant cattle market, the square also offers high-end shopping to today's visitors. 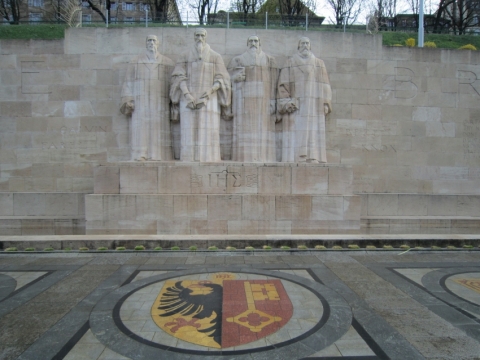 Massive and austere, this five-meter (16-foot) tall and 100-meter (328-feet) wide wall runs along the edge of Parc des Bastions on the grounds of the University of Geneva. Hewn into the walls are glorious statues and reliefs of the trailblazers of the Protestant Reformation. Its construction began in 1909 on the 400th anniversary John Calvin's birth. The intricately-fashioned landmark is dedicated to this very movement, and its four leading figures, John Calvin, William Farel, Theodore Beza, and John Knox, have been given their due place right at the center of the wall. Fringed by many more statues of saints and luminaries, the International Monument to the Reformation is indeed a soul-stirring insight into the events that unfolded in the wake of the Reformation. 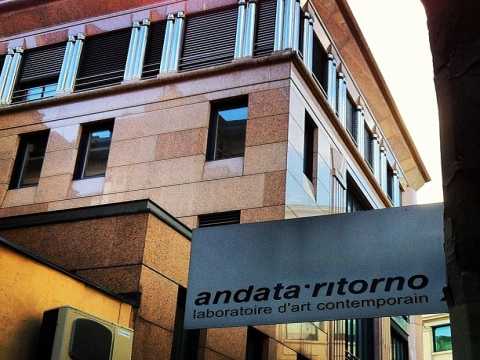 Founded in 1981, Andata Ritorno is a contemporary art gallery that has given its space to a number of emerging artistes since its inception. The center is dedicated to promoting fresh talent and has the workshops of several artists as well. Some of the artists to have displayed their art here include Gianni Motti, Yan Duyvendak, Guy Limone and Qui Jie. 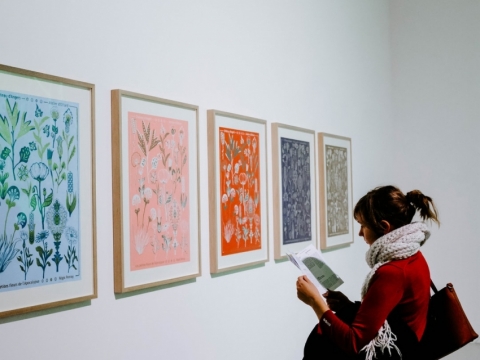 In the loft of the old food market on Ile Rousseau, which in effect floats over the river Rhône, is a very different sort of bookshop/gallery: off-beat comic books, a coffee bar the size of a church organ, modern ("art nouveau") painting and print exhibitions and displays of original comic book plates, plus art books, colored writing paper and writing/artists materials, music CDs and posters. Cross the footbridge onto the island just off the bus terminal at Place Mollard, walk through the arcade towards the cafe at the prow, up the stairs and voilà, you've reached Papier Gras! 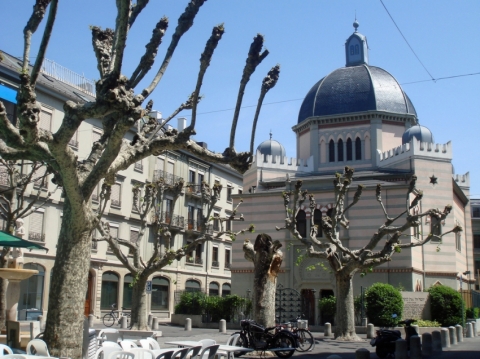 This beautiful old synagogue was built in 1859 when the Genevan government finally allowed minorities to build religious buildings within the city walls. Beth Yaakov or La Grande Synagogue, as it is popularly called, has been listed as a historical monument and was recently renovated according to its original design. Its style is Byzantine, it has a large dome and its facade is striped pale orange and white. Services are held according to Ashkenazi rituals. Sponsored by Geneva's Department of Cultural Affairs, Halle Nord is a non-profit interactive arts space that seeks to promote contemporary local artists. Sandwiched between a gallery and an art center, the Halle is more of a laboratory, a place of experimentation and expression. In addition to frequent performances and community events, it hosts about fifteen temporary group and solo exhibits each year, all with the goal of facilitating important interactions between ground-breaking Swiss artists and its broader public. 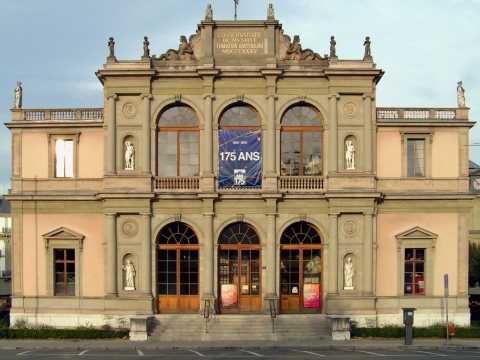 Founded in 1835 by François Bartholoni, Conservatoire de Musique de Genève is a premiere music school located in downtown Geneva. It also enjoys the honor of being the oldest institution dedicated to education in the field of music in the country. The internationally acclaimed music event, Geneva International Music Competition was formed at this very prestigious institute in 1939. The place plays host to several music events and concerts throughout the year. 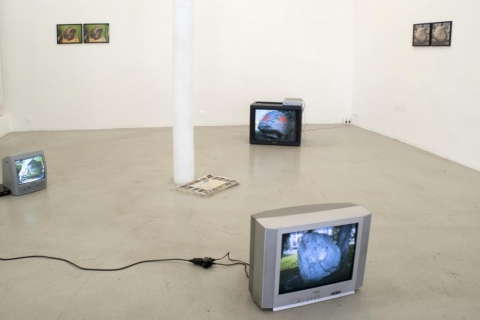 Home to contemporary art of all genres, including fashion, new media, and virtual art, Analix Forever is an art gallery that makes it a point to showcase young artists, who they believe are capable of redefining the artistic landscape. The gallery is also host at any given time, to several artists-in-residence, which means that visitors have the opportunity to view work from around the world, as well as art that has been recently created at the gallery itself. 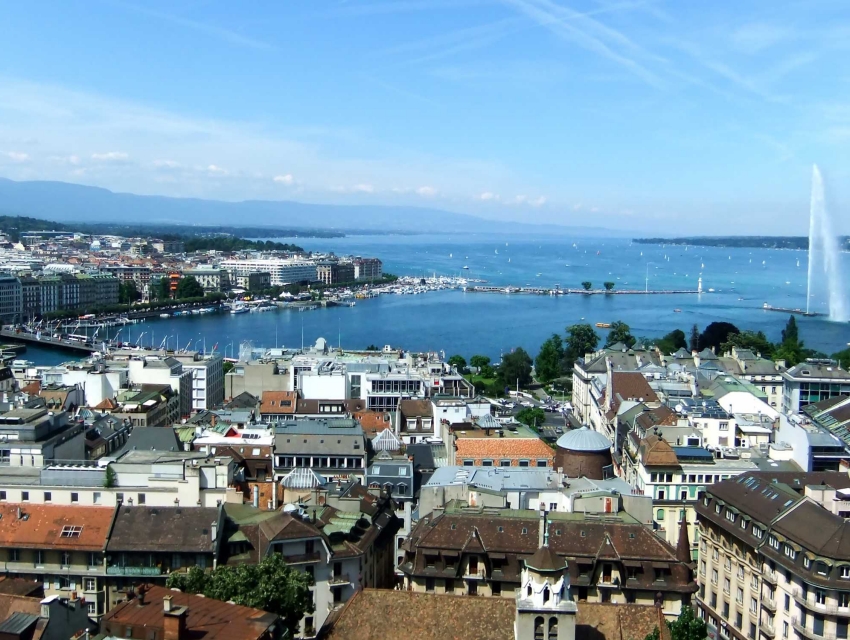 A Day in Geneva 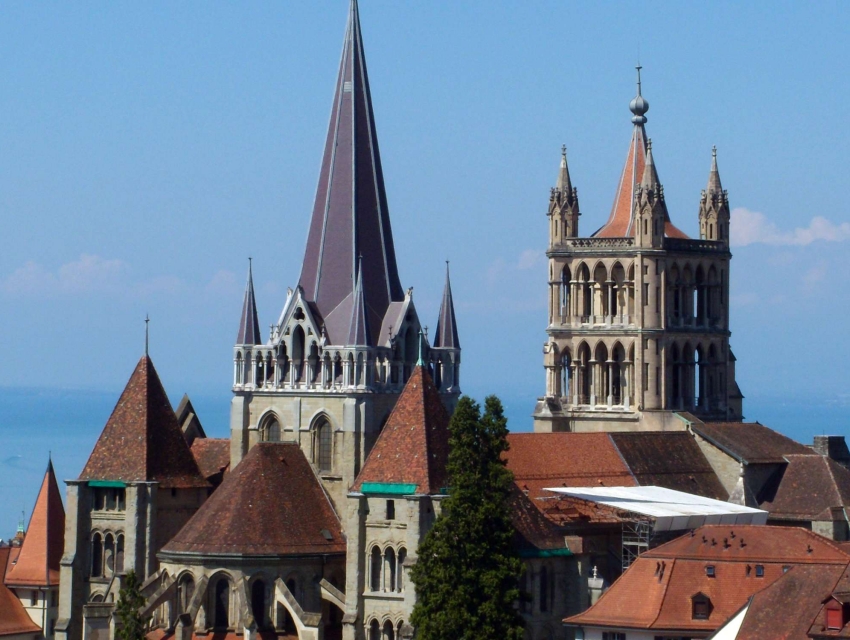 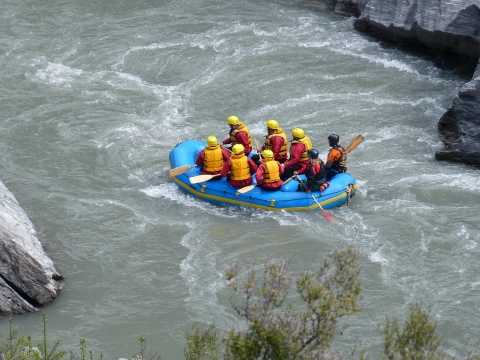 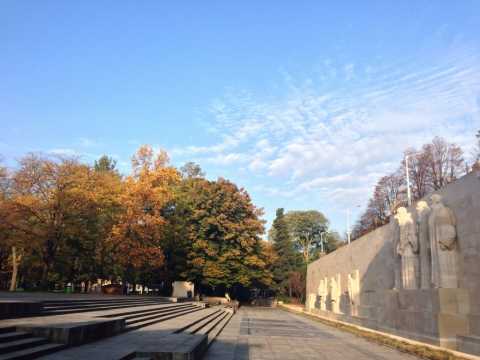 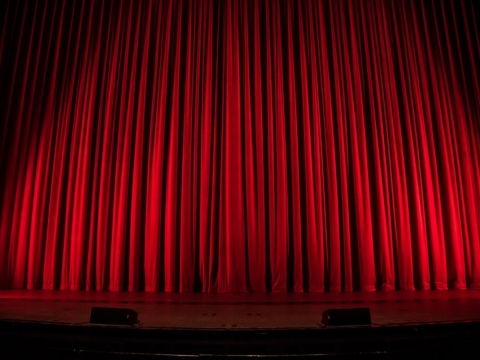 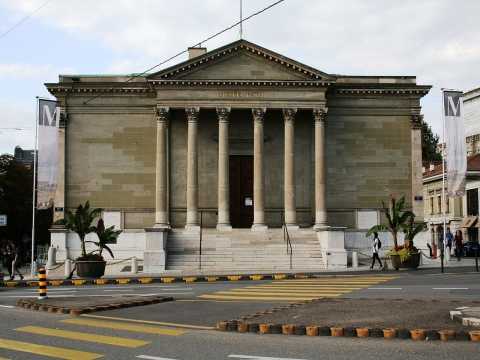 Best for Couples in Geneva 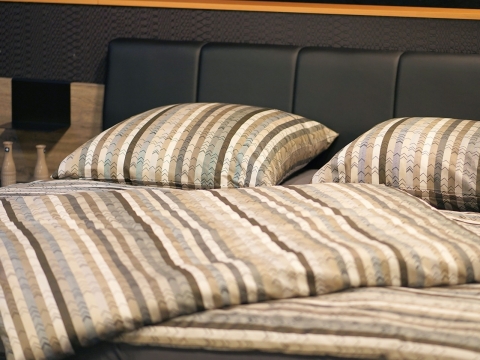 Best for Kids in Geneva