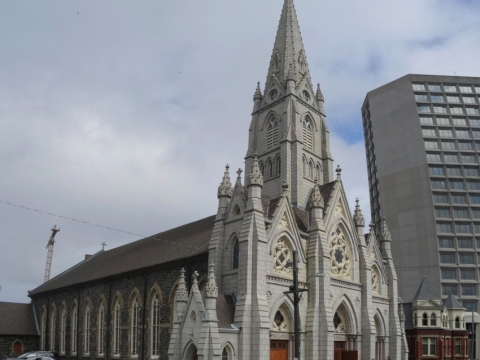 The second church constructed on this piece of land, Saint Mary's Cathedral Basilica was built in 1820, and its Gothic Revival façade invites a close look. Attend services or simply stop by for a visit, the oldest Roman Catholic Church in Canada still celebrates daily mass. The church is quite fascinating to look at from the outside with a pure granite façade, and inside you will find a museum where you can learn about Saint Mary's grand history. The church has been given the designation of a National Heritage Site by the Canadian government and there is a tour guide on site to take you through it. 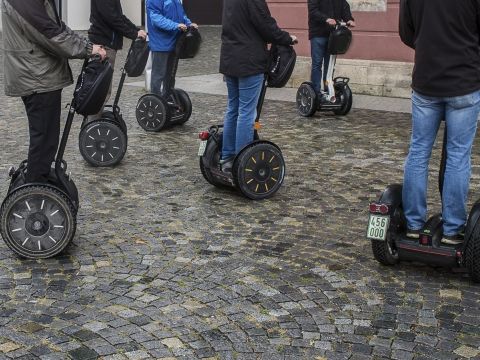 Segway Nova Scotia allows you to discover Halifax and its surrounding towns by the two-wheeled vehicle called Segway PT. Choose from Standard City Tours, Waterfront Tours and Beechville Lakeside Timberlea Tours. The first gives you a glimpse of the entire port city, the second lets you enjoy a panoramic view over the bay, while the third is for nature lovers. Segway Nova Scotia also offers a range of customized and theme tours, and winter tours that take you to top sports arenas in the city. The tour guides are knowledgeable and give tourists an amazing local overview and insider glimpse into the life at Halifax. If you wish to explore the city on your own, you can rent a Segway PT from this tour operator. 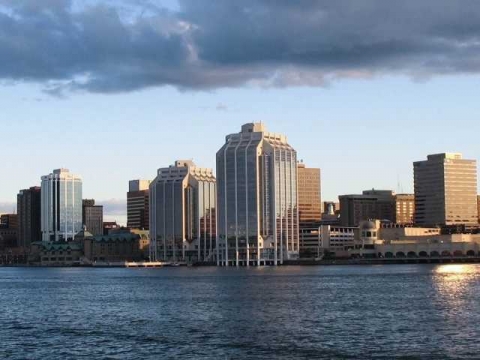 In Eastern Passage there is a village that you must see. Restored to its original look and feel, Fisherman's Cove is a place where residents still fish for lobster. Wander the boardwalk and explore the little shops for some local art and crafts. Have lunch at one of the smaller take-outs or indulge in a larger meal at Boondocks Dining Room and Lounge. As the sun comes down, Fisherman's Cove becomes a perfect spot to enjoy a cold beer while you take in the beautifully painted evening sky. 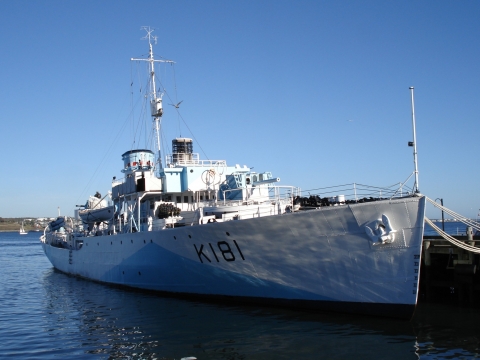 The 'Last Corvette', HMCS Sackville is a memorial to all who served in the Canadian navy. During World War II she spent her time escorting convoys to Ireland and met with quite a few adventures. Visitors are welcome aboard each summer to explore the fully restored ship, which is docked just behind the Maritime Museum of the Atlantic. There's a gift shop where you can pick up a copy of the HMCS Sackville's history and multi-media presentations at the Interpretation Center. 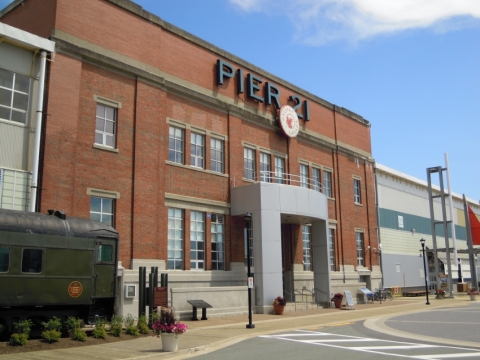 Canadian Museum of Immigration at Pier 21

Pier 21 was one of the most important ports for immigration in Canada and welcomed more than one million refugees between 1928 and 1971, comparable to Ellis Island on the US East Coast. The Canadian Museum of Immigration was built in 1999 to tell the story of this mass immigration and provide access to the only ocean immigration shed still standing in Canada. As part of the National Museums of Canada, it is the only museum in the country dedicated solely to immigration. Its exhibits are such that they appeal even to children and acquaint them with a major historical phenomenon that occurred over decades. Learn more about the Canadian role in World War II, delve into the desperate stories and dreams of the brides and children who sought refuge in Halifax and purchase a souvenir at the gift shop as a remembrance of your visit. Temporary exhibits and projects such as Digital Storytelling and Culture Trunks give visitors a fun and holistic learning experience. 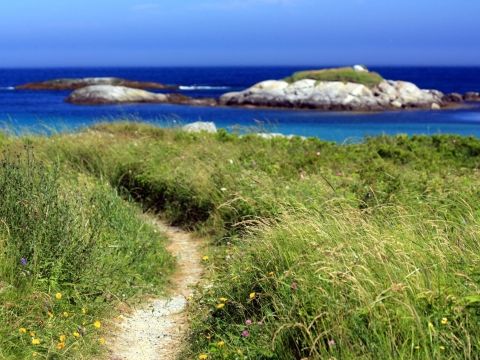 Found on the Bluenose Coast by the picturesque St. Margaret's Bay, Peggy's Cove is a popular day-trip destination for travelers in Nova Scotia. The area boasts a rustic appeal; it is famous for having beautiful beaches, colorful bird life, plentiful whale watching opportunities, scenic trails, and fun kayaking spots. Enjoy renowned Nova Scotia seafood, stroll the beach, or shop for local souvenirs. Outdoor enthusiasts are guaranteed a good time at Peggy's Cove, and everyone will enjoy a tour of the iconic Peggys Point Lighthouse. 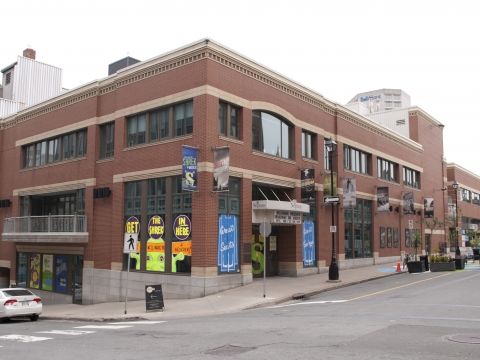 The Neptune Theater originally went by the name of Strand Theatre and was designed by famous architect Andrew Cobb. The Theatre is at its peak during the summer months when tickets sell like hot cakes, and is known among the fraternity as Atlantic Canada's biggest professional regional theater. The theater organizes a range of plays, from musicals to world and Canadian premiers. In the past, it has seen classic productions such as CATS, Westside Story and Beauty and The Beast. Situated in the heart of downtown, Neptune Theatre offers an invaluable experience.

With something for everyone, Argyle Fine Art gallery is one of Halifax's most vibrant galleries. From paintings, drawings, photography and limited edition prints to fiber and sculpture, the gallery features works by well known Canadian artists as well as the emerging ones. Established in July 2000, they have a one of a kind selection of Canadian contemporary art which is unique to the culture and way of life there. The warm and cheerful atmosphere makes possible, a comfortable appreciation of the works on display.

The Carleton is located right at the corner of Argyle and Prince Street, in the heart of beautiful downtown Halifax. This restaurant has an extensive menu that specializes in American cuisine and seafood; don't forget to try out the BBQ Ribs and Maple Blackened Salmon which have been loved by their regulars. There's also a variety of drinks and spirits to choose from at the well-stocked bar at this place. The Carleton hosts a large number of live music performances, and hence is a popular spot for music lovers in the city. Since the restaurant is located in a residential building, the music tries to stay away from the rock n roll type sounds, and is more inclined towards softer tunes. This place also serves as a launch pad for emerging talent, and is known to encourage budding artists.

Saint Paul's Church was founded in the 17th Century and still holds services on Wednesdays and Sundays. Architectural plans for the church follow those of Saint Peter's in London, and the original timbers from Boston are still intact. Visitors are welcome to view the church Monday through Friday all year round. Tours can be arranged during the summer, except on Sundays. 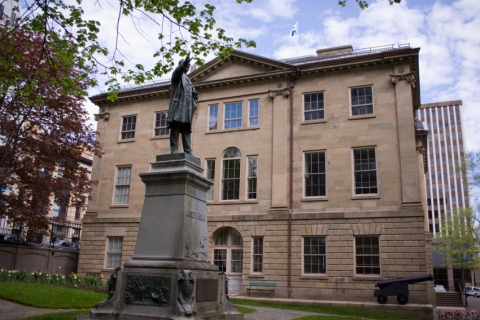 Charles Dickens thought this old building was interesting and so might you. Located in downtown and easily found on your sightseeing stroll, Province House has the distinction of being the oldest seat of government in this country. The structure demands investigation. Tours are given on a first come-first served basis. Arrive early in the day to hear the great stories of the old days in the house and see the amazing art and architectural detail of this Georgian building. 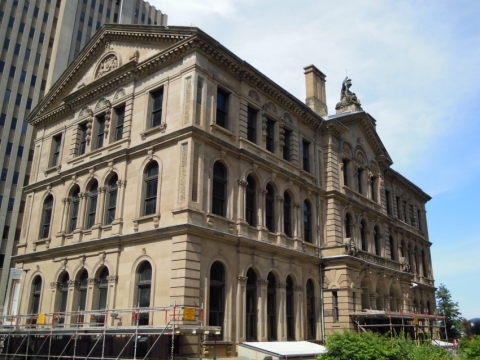 Established in 1908, Art Gallery of Nova Scotia Halifax is a premier art gallery in Atlantic Canada. Showcasing Nova Scotian works, it is among the finest art institutions in the country. In its effort to promote lifelong learning, the gallery also provides in-school programs, hands-on workshops and other opportunities for families, children, teens and teachers, as well as, organizes tours, films and lectures. With more than 17000 artworks on display, it is indeed a visual delight for art lovers. 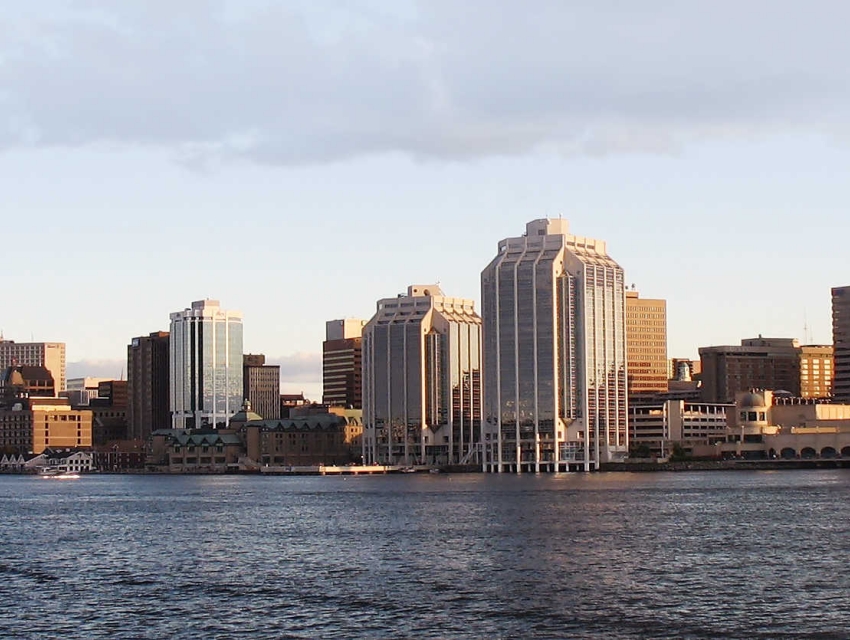 A Day in Halifax 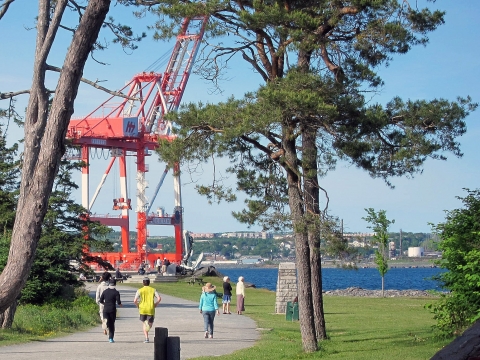 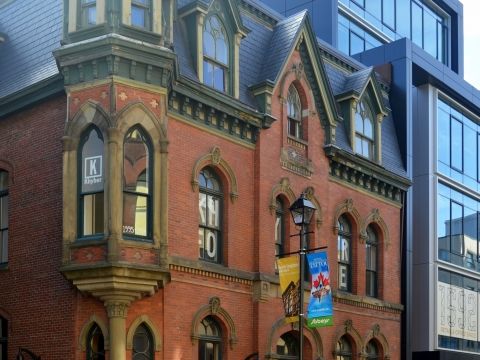 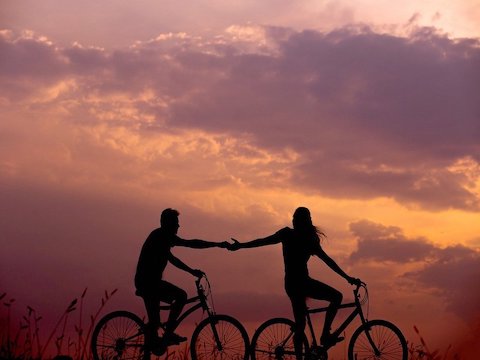 Best for Couples in Halifax