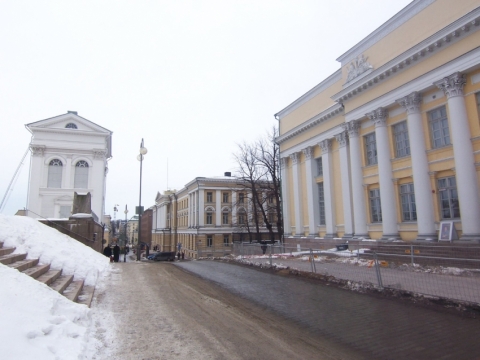 In 1827 the Turku Academy was moved to Helsinki as the Russians came to power and the capital changed. The Academy needed a place to operate, so C. L. Engel designed a building on one side of the Senate Square; it was completed in 1832. The Academy began its operation and changed its name to the Imperial University. After Finland became independent, the name was changed again, to the University of Helsinki. The yellow main building is a close match to the Senate Building opposite, in dimensions, colour and style. The completion of this building brought the finishing touches to the uniform group of Empirestyle buildings surrounding Senate Square. The University is one of Helsinki's main landmarks. The interiors of the building are very beautiful: the stairwells, stone floors and statues create a balanced but interesting whole. The stunning main festival hall is also a sight to behold. Still, the main reason for admiring this building is its outer form, the sense of balance it creates together with the Senate Building. 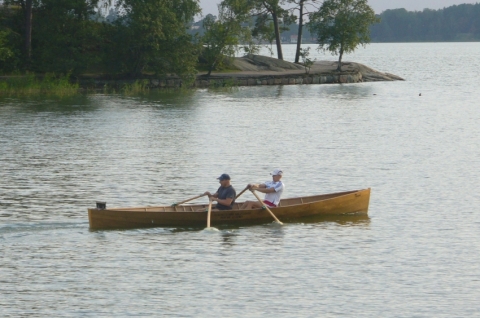 This open-air museum was founded in 1909 on the popular recreational island of Seurasaari. The permanent exhibition consists of Finnish peasant architecture, including 85 buildings brought from various parts of the country. There are outhouses, swings, church boats, a tar-burning pit and the wooden Karuna church (1686). The founder of the museum, Professor of ethnology Axel Olai Heikel, is buried next to this church. The two-storied building has perfectly preserved interiors. Enjoy wandering about in the woods and the events that are arranged here, notably the traditional midsummer feast. Check website to know more. 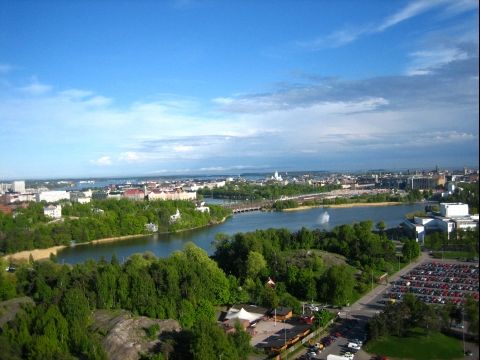 Töölö Bay and its surroundings form one of Finland's most talked-about and picturesque locations. Some of the area's main sights merge with stunningly beautiful parks to create charming scenery. A stroll around the bay from Linnunlauluntie road right by the railway tracks reveals the timeless old villas at Linnunlaulu. Romantic wooden houses line up the streets and a sandy path leads to a park. On the right is the concrete brilliance of the Helsinginkatu street, on the other side of which lies the City Winter Garden. Sprawling parks such as the Kiasma, Musiikkitalo, and Makasiini form an enchanting mosaic of green, while cultural landmarks such as the National Theatre and Finlandia Hall regale visitors with riveting performances. 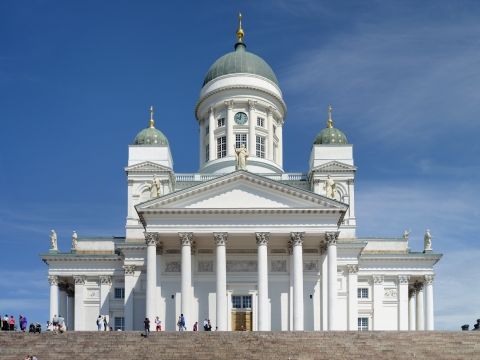 An imposing religious landmark in the capital city's Senate Square, this Lutheran cathedral is one of Helsinki's most important monument. The majestic outline of its 71 meter central tower illustrates the true glory of the White City of the North. The cathedral was designed by C. L. Engel in 1830; when Engel died in 1840, E. B. Lohrmann took over the supervision and added several touches to the original blueprints, including details in the simple yet beautiful interior. The cathedral was finally completed in 1852, though the famous grand steps would not be added for another 20 years. Despite the western, classical style, the influences of Russia and especially that of Czar Nicholas I are also visible. The Czar also donated the altarpiece, which was the work of Russian artist Von Neff. The cathedral has a high-ceilinged crypt, a venue for exhibitions and concerts, and a café open every summer. 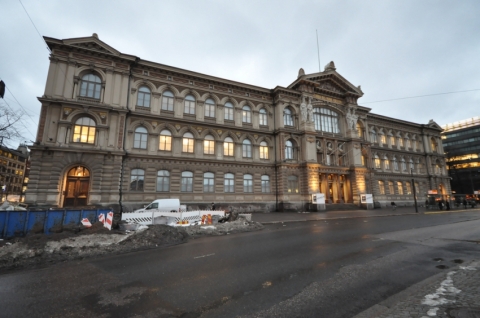 Located in the heart of the city, this museum houses various genres of art including surrealism, expressionism and cubism. It also has a collection of Italian 14th-century pieces. The main emphasis, however, lies on Finnish art from the mid-18th Century to the 1960s; you will find the work of Isak Wacklin, and that of Wäinö Aaltonen, whose statue of Aleksis Kivi stands directly opposite the museum. The museum also boasts of an interesting bookstore and fabulous cafe. Call ahead to know more. 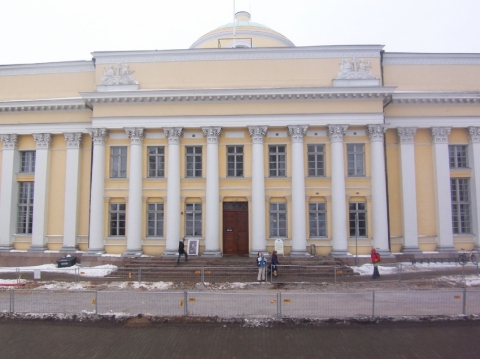 The gorgeous University Library, right next to the main building of the University and the Cathedral, is one of Engel's most beautiful creations, completed in 1844. Large windows soften its yellowandwhite exterior, while trees surround the back of the building, making this one of Helsinki's most endearing sights. The outer wall of the library sports a bronze bust of Czar Alexander I and a plaque commemorating the designers of the old city centre, J. A. Ehrenström and C. L. Engel. The interior of the library building is also spectacular. The old interiors are in good shape, and the current refurbishment process is expected to bring even more of the old lustre back. The main hall with its oldfashioned furnishings and marvellous ceiling frescoes is one of the most admired interiors in Finland. The soft, beautiful exterior and ! serene mood of the petite building, overshadowed by taller, more majestic structures, have a calming effect on the whole neighbourhood. 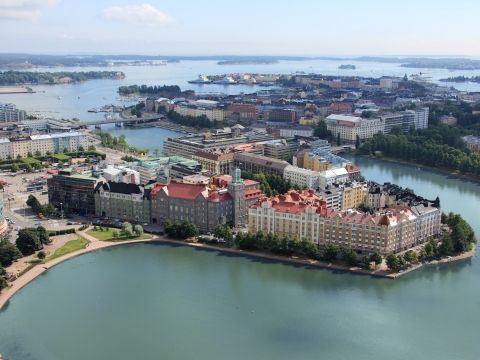 Perched on the brink of the Gulf of Finland, the capital city of Helsinki is equal parts enchanting and exciting. A rich and varied history paints the streets of Helsinki, evident from majestic landmarks like the Sederholm House, the Government Palace, and the House of the Nobility. Culturally advanced and artistically thriving, the city is home to a diverse range of museums, squares, galleries, and concert halls. While a melange of architectural marvels throng the center of Helsinki, its outskirts give way to pristine islands that harbor their own sense of mystique and awe. Settled on the edge of a peninsula that houses 315 islands, Helsinki features major attractions like Suomenlinna fortress island, and the Seurasaari, a forested island off its coast. Maintaining a fine balance between modernism, history, culture, and nature, Helsinki is a force to reckon with. 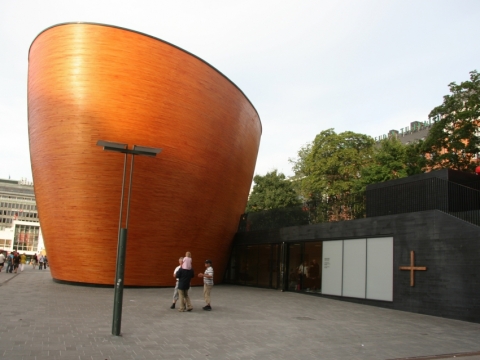 Nestled on the bustling Narinkka square, Kampii Chapel remains a fine example of modernist architectural style. Noted architects Mikko Summanen, Niko Sirola and Kimmo Lintula laid down its design plans, after being declared as winners of the International Architecture Awards held in the year 2010. Helsinki's Social Services wing and the Helsinki Parish Union co-administer the day-to-day functions of the chapel, renowned for offering bliss and peace in a fast-paced city. A cosmopolitan landmark, it welcomes people of all backgrounds and religions. It achieved a record figure of 250,000 visitors within a year of its construction.

Teatteri Forum is the ultimate destination for you if you are looking to host a private or corporate event in the city. The cherry-red chairs, beautiful lamps, decorative chandeliers and lights comprise the decor of this event space. Apart from private and corporate events, dinner-theater, comedy shows and concerts are also organized here drawing a decent crowd from across the city. The beautiful Teatteri Forum also features a balcony seating and a fully stocked bar. 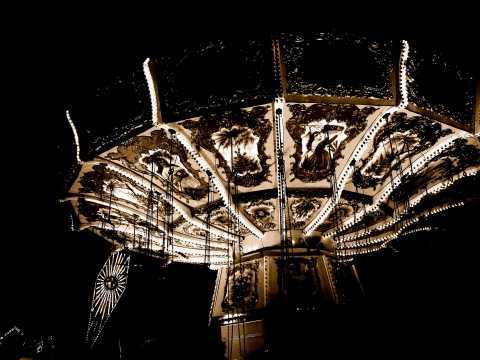 Finns are a comic book-consuming people. Aku Ankka (Donald Duck in Finnish) has in proportion more readers here than in any other country. Of course, the literary quality of Aku Ankka is very high, by no means aimed only at children. One Donald Duck artist, Keno Don Rosa, has visited Finland frequently, on every occasion attracting greater throngs of people. However, Finns do read more than Aku Ankka; well-known international artists are popular, and upcoming national artists also have substantial following. It can all be found at the annual Helsinki Comics Fair. Recent years have seen such famous international guests as Don Rosa or Christin and Mezieres. The Comics Fair sees the best national comic book stores bringing out their wares. Events are sure to include guest interviews and autograph sessions, short animations and live bands. The fair has usually been held at Vanha, in approp! riate if slightly small surroundings. The entrance fee is nominal.

There are many factors that make the Vanha Ylioppilastalo, literally translated as Old Student House, unique and special. One of the main factors is its location, right in the center of Helsinki and within minutes of major public transport services; this makes it very conveniently accessible. The building in which the venue is housed is architecturally a very prominent structure. Constructed by the legendary architect Axel Hampus Dahlström, its features are reminiscent of the styles developed during the Renaissance period, and is considered one of the premier venues in the city for events. The Vanha Ylioppilastalo is managed and owned by the Student Union of the University of Helsinki, and they are there to make sure each event is a success. There are in all five rooms: The Great Hall and Stage, the Music Hall, Faculty Hall, Administration Room, and the Gallery. Plus, the venue offers on-site catering services. See the website for more information. 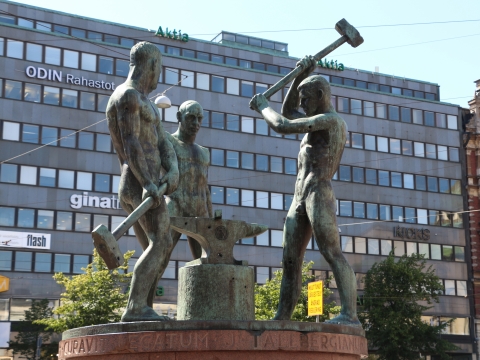 Three Smiths Statue is a well known meeting place for the people of Helsinki. Located in the city-center, it depicts three craftsmen busy at work. The statue underlines the importance of hard-work and cooperation among society. The statue is sculpted in bronze with a granite pedestal. Though partially damaged in the Continuation War of 1944, it is still hard to miss. Several concerts have been organized around it from time to time. 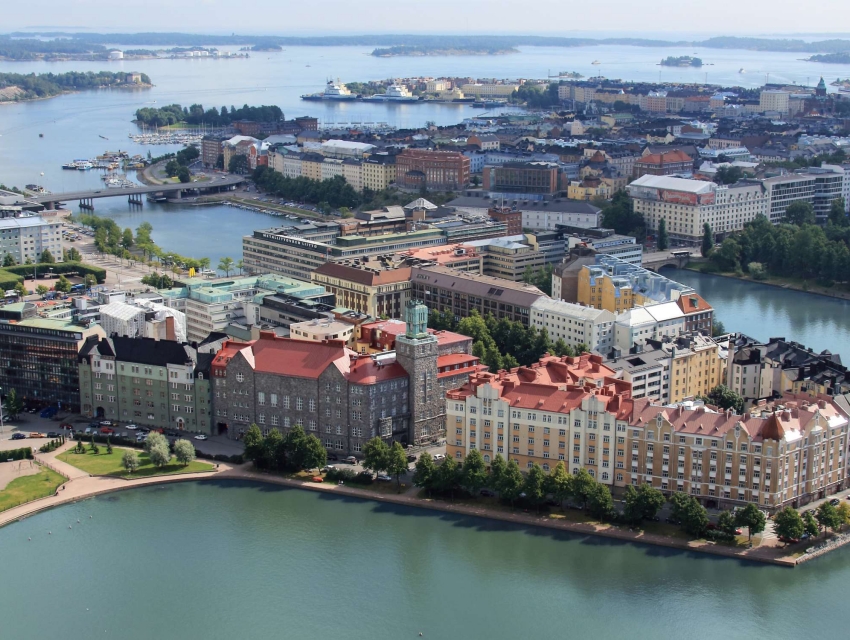 A Day in Helsinki 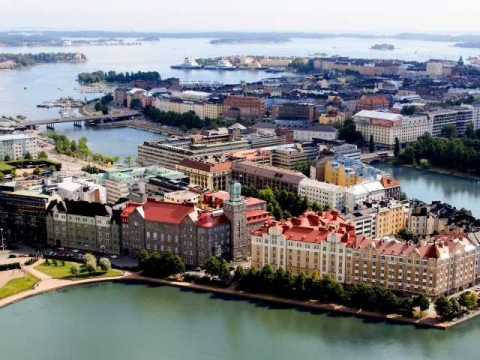 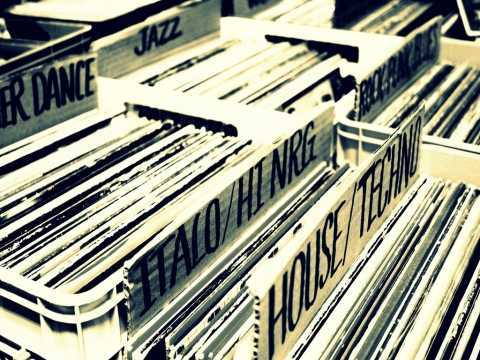 Best for Kids in Helsinki

Must Visit Attractions in Helsinki