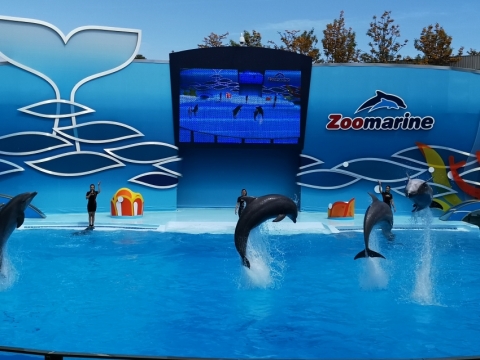 If you have arrived in the city with your family then the Zoomarine park is a place you must visit. Lined with beautiful palm trees and dotted with several small and big pools, this ocean-theme park is sure to dazzle you. The most enchanting attraction of the park has to be their dolphin show, where spectators cannot help falling in love with these magnificent dolphins and their intelligence. The Magic Book show by the sea lions is also worth your attention in addition to the dolphin emotions show and their pirates show is popular among children and adults alike. Zoomarine also has a vast aquarium on site where you can witness a plethora of aquatic animals; it's a fun way to stimulate your child's curiosity. The park also has several slides, swimming pools and other picnic areas where you can have fun with your family. Zoomarine has been quite active in conservation of marine life and those interested in knowing more about their initiatives are gladly entertained here. 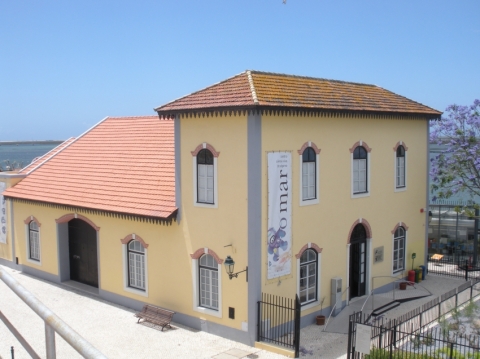 Considered as a premier institution of the city, the Centro Ciencia Viva da Algarve is a modern science center situated in a quaint corner of Faro along Rua Comandante Francisco Manuel. From the time it has opened its doors, the organization has made an honest attempt at promoting science and technology and fostering scientific education amidst the local community. The center plays host to several permanent and temporary exhibitions, workshops amongst other activities. Besides this, the center also serves as an event space where birthday parties and other private functions take place. Check website for timings, prices and other information. 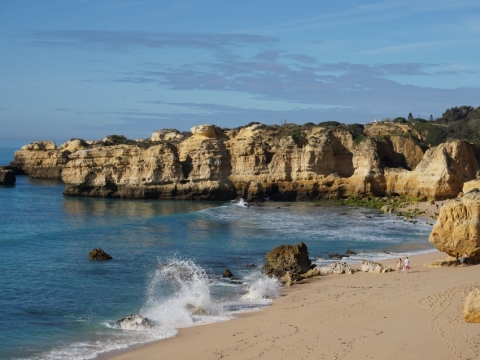 Praia de Sao Rafael is a magnificent beach situated in the town of Albufeira. The pride of Algarve, it is noted for its sweeping panoramic vistas of the North Atlantic Ocean - which is contoured gracefully by golden sands. It is located just a stone's throw away from the village of Sesmarias. The beach is flanked by ragged cliffs and rocky outcrops. It has been the recipient of the esteemed Blue Flag eco-label. 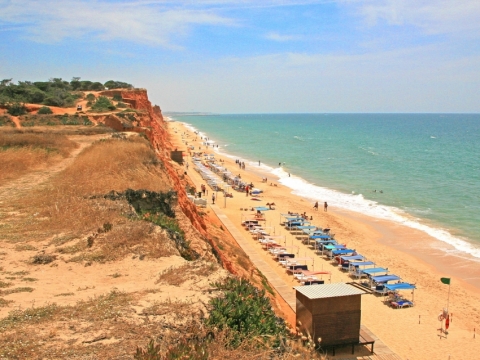 Taking its name from the surrounding red cliffs, the Falésia Beach is a seemingly endless stretch of sand that never fails to fascinate you. A popular swimming destination, this beach is frequented by tourists and locals alike, looking to beat the summer heat. If you're an adventure enthusiast, the gentle tides make it a great spot for water sports such as scuba diving, windsurfing and water skiing. 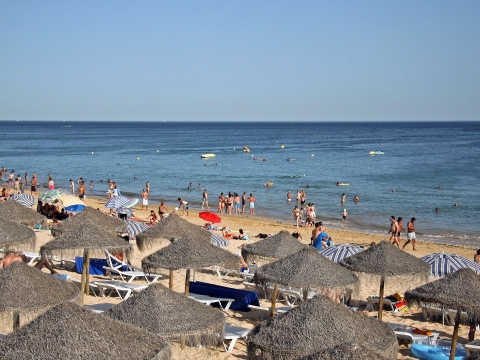 Bordered by cliffs and edged by rock formations, this pristine beach attracts a multitude of visitors owing to its sandy shores and relaxing atmosphere. Featuring picturesque environs and a promenade lined with restaurants and bars, Praia da Oura is an idyllic reprieve from the hustle and bustle of daily life. 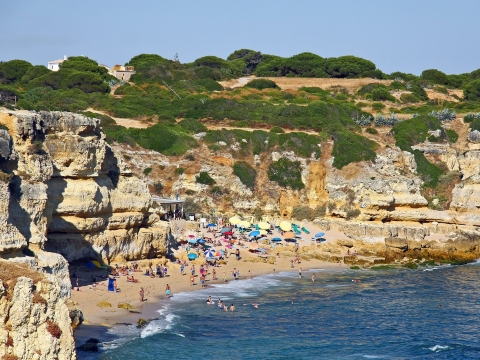 Praia da Coelha is a spectacular beach overlooking the azure waters of the North Atlantic Ocean, and is situated in the city of Albuferia. It is one of the principal beaches of Algarve, and is located just a stone's throw away from the idyllic hamlet of Sesmarias. The beach has a small cove, and small rocky outcrops can be seen scattered throughout the vast expanse of the beach. 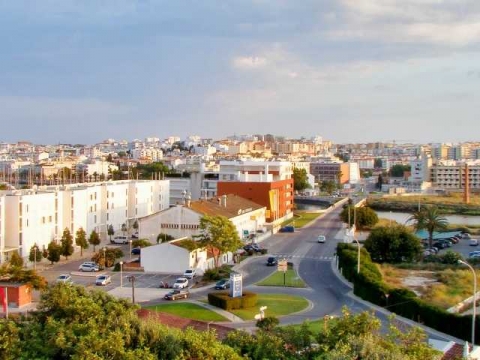 Dr. Manuel de Gárfias had this house with Baroque influences built in the 18th Century. In the 19th Century, the manor was sold to Paulo Sárria. Today, the ground floor has undergone vast renovations to accommodate the shops and other commercial establishments that reside there.

Casa das Açafatas was built in the 18th Century, at the order of Grand Captain Baltazar Rodrigues Neto. Its Baroque architecture is symmetrically composed with a four-faced rooftop. On the outer facade, the family's coat-of-arms is prominently on display. Nowadays there are a number of shops located on the lower level.

This building is one of the best examples of Neoclassical architecture in Algarve. Its construction begun in 1815, by order of D. Fernando Maria de Mendonça Pessanha Mascarenhas and D. Maria da Paz Bivar. Its symmetrical composition, the windows with triangular fronts, the spectacular portal, the lookout tower and the Bivar's coat-of-arms on the main facade all contribute to this building's prominence. Presently, part of the building is occupied by descendents of this family and commercial services occupy the rest.

This building with Chã architecture was built in the 19th Century as the residence of the Captain José Bento Dias Ferreira. In 1847, José Bento Ferreira de Almeida, an important statesperson who occupied such offices as member of the legislative assembly, peer of the realm and Navy Minister, was born here.

Queen D. Mariana donated this land to the patriarchal college in 1742. Although the outer front of the house remains the same, it now serves as a glass shop.

The Casa de Montepio was created in 1856 to provide medical treatments and social support to its associated artist. It's a 19th-century, two-story building with four faced roofs and spectacular drawings on the top-level windows. During the 19th Century, it also became the main office of the Farense artist recreational society. 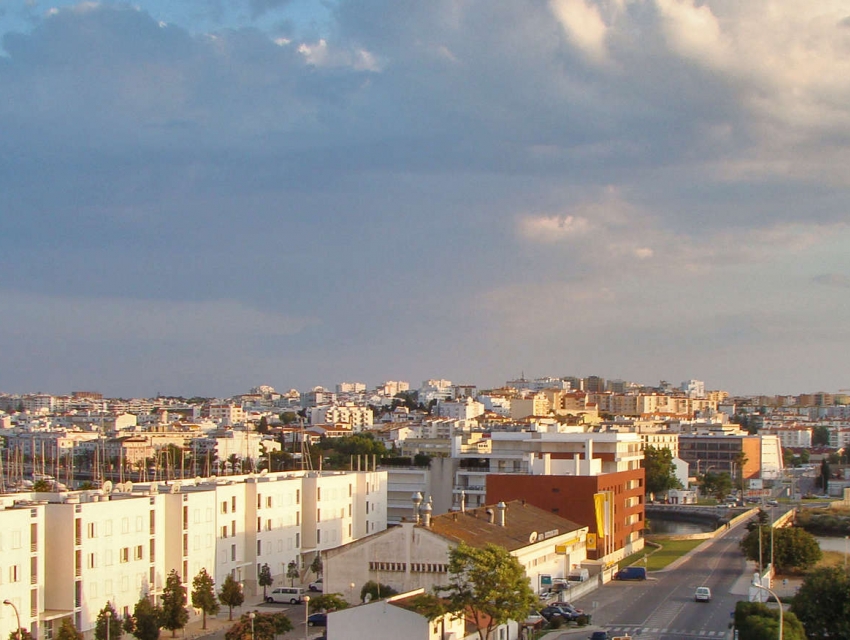 A Day in Faro 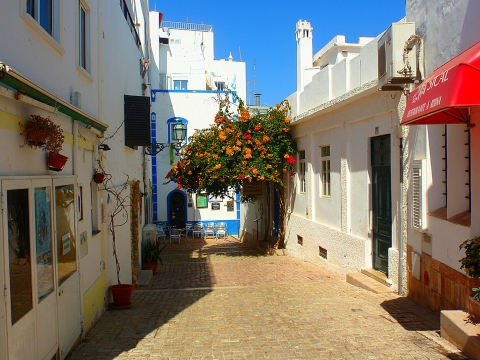 Top Things To Do in Albufeira