The Foundation for Art and Creative Technology (FACT) is Great Britain's leading center for video, digital and new media art. Featuring a range of engaging contemporary exhibits, film screenings and cutting-edge research facilities, FACT is not only an influential institution in the burgeoning field of media arts, but is also a central source for community involvement and recreation. The sprawling facility features three galleries and four cinema screens that accommodate the center's packed schedule of events ranging from art-house film screenings and photographic exhibitions to lectures and much more. Check website for upcoming events. 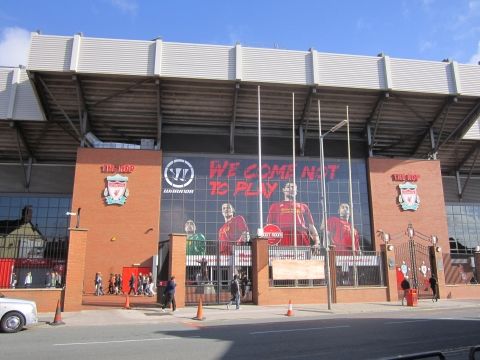 One of the most iconic arenas in the world of European football, Anfield has long been the proud game territory of English League team Liverpool F.C. The stadium's first association was with another club, Everton F.C, which lasted for seven years between 1884 and 1891. Followed by an internal dispute, the club relocated to Goodison Park, thus igniting a fierce rivalry between Evertonians and Scousers. Equipped with a splendid GrassMaster turf, this legendary stadium really comes to life during cup ties and Champions League knock-out stages, when the whole place erupts in passionate club chants and vibrant fireworks. Of the four stands it houses, Anfield's Spion Kop is perhaps the most well-known, and seats some of the most avid fans of the club. 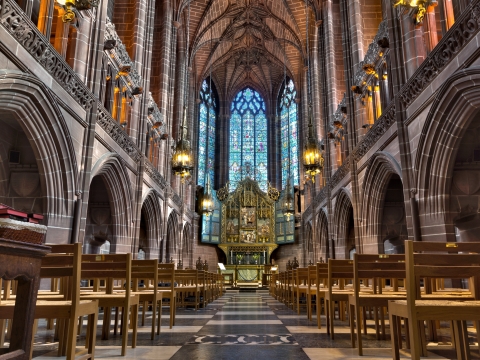 Towering over the verdant expanses of St Jame's Mount is one of Britain's largest Anglican Cathedral which boasts sharp arches and one of the world's heaviest-sounding bells, with the magnificent bell tower enhancing the city's skyline. An incredible tribute to Christ's epochal resurrection, the Liverpool Cathedral bears a spectacular Gothic visage fashioned out of sandstone. Its interiors too, with their strikingly-designed vaults looking over an impressive nave and walls embedded with elongated, vibrant stained glass windows, are a sight to behold. Along with being a looming canopy of magnificence, the cathedral's tower is much loved for its ability to afford sweeping, panoramic views of the city, and also as far across as Merseyside on a clear day. A work of exemplary design by Giles Gilbert Scott, the majestic Liverpool Cathedral is touted to be one of the world's largest cathedrals. Above the sprawling premise of the cathedral's floor is the well-lit Elizabeth Hoare gallery, a fine repository of eclectic and regal Victorian and Edwardian embroidery works belonging to the priests and the clergies. In addition to traditional services, the cathedral also hosts an array of concerts, exhibitions, recitals, gala dinners, and graduation ceremonies.

After being closed for nearly 30 years, the legendary Eric's re-opened its doors in September 2011 with a grand performance by legendary band Orchestral Manoeuvres In The Dark. In the past, the likes of The Stranglers, U2, Police, Jam and Elvis Costello have performed here. Now, this venue is fast regaining its popularity and dominating the local music scene once again. The new space is completely refurbished with air-conditioners and modern dressing rooms equipped with showers for the performing band/artist. For gigs and technical specifications, check website or call ahead. 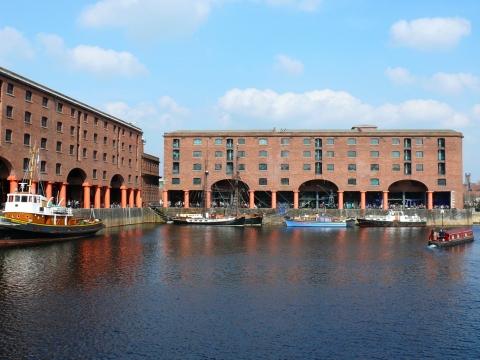 Originally built as a thriving dock complex somewhere between 1841 to 1847 by renowned Liverpool-based civil engineer Jesse Hartley, the Albert Dock was the first structure of its kind to be built of a composition of cast iron, stone, and brick. In its distinguished service to the public, the dock functioned as a base for the British Atlantic Fleet during World War II, when it suffered significant damages as part of the devastating May Blitz of 1941. Since being restored as a major tourist hotspot, Albert Dock manages to draw over five million visitors every year. A treasured world heritage site, it offers a fascinating blend of history, culture, food, and shopping. In addition to the many shops and craft, carts present here, there are numerous attractions including The Beatles Story Museum, Tate Gallery, Merseyside Maritime Museum, and the Museum of Liverpool. 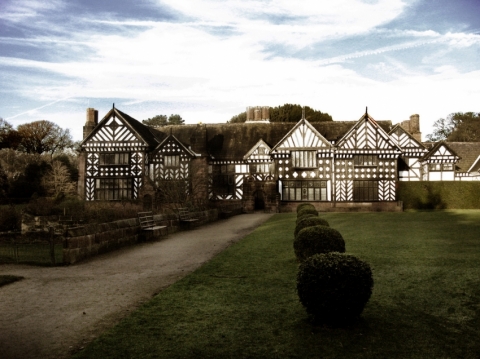 One of England's great historic houses can be found set in its own glorious grounds, just 12.87 kilometers (eight miles) from the city center of Liverpool. The cleverly-concealed priest holes suggest Tudor times, while other rooms, including the fully-equipped kitchen, are more Victorian in style. Wandering through the endless corridors reveal all manner of curios, but enter the Tapestry Room at your peril; the resident ghost may be closer than you think. A more modern addition to the beautiful grounds is a beautifully-designed maze, which may be easier to navigate than it is to say aloud. Visit the website for details of visiting hours. 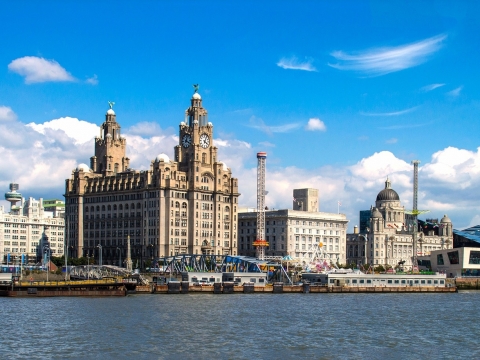 Home to football mania and Olympic sports, Liverpool is as much a cultural hub as it is a sports fan's dream city. Located in Merseyside, England, it was created in 1207 when King John granted a royal charter written in Latin. The city has been a topic of interest for several authors, right from Dickens to Walpole. From the neoclassical St.George's Hall and the opulent Royal Liver Building and the stunning glass-speckled West Tower, the architecture of Liverpool is awe-inspiring. A stronghold on music has earned it the Guinness Book of Records of 'Capital of Pop.' As the art galleries and music halls enthrall art lovers and music fans from all over the world, the electrifying urban culture entices the international youth. Concert Square and Hardman Street bring out the city's revelry with some of the best nightclubs and bars. With prestigious institutes like the University of Liverpool, it is the quintessential metropolitan hub. 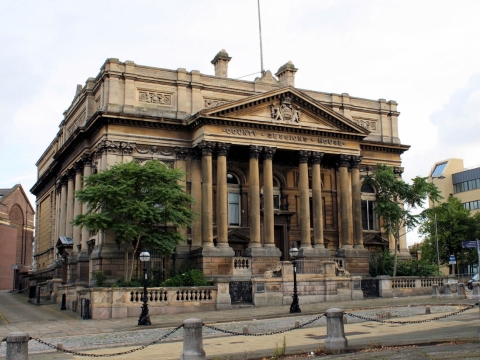 Experience an aura of historical brilliance at the Country Sessions House. Dating back to the 19th Century, this magnificent building is a designated site of English heritage and was designed by the group of noted Liverpool architects, F & G Holme. It served primarily as a local country courthouse and enclosed three courtrooms and chambers for barristers and judges. Decorated in the late Victorian style of architecture, the building imbibes great heritage value.It now belongs to the National Museums and Galleries on Merseyside. 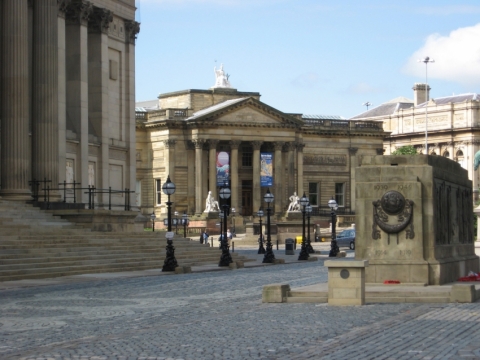 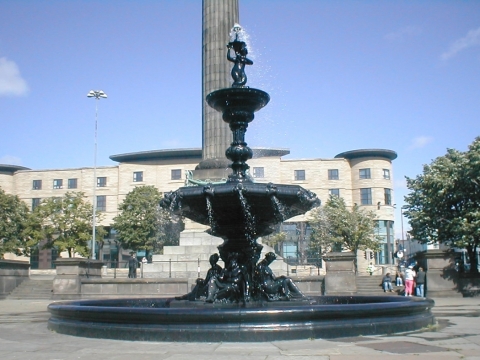 Dating back to 1879, Steble Fountain is considered to be a significant part of Liverpool’s history. The cast- iron fountain, in front of the Walker Art Gallery comprises of a circular stone basin with a bronze centrepiece with 4 flanking figures and 2 basins. Over the years it faced some damage due to lack of proper care, however in 2013, efforts were made to restore the fountain to its former glory. The heads where the water flows were removed and repaired and the fountain was repainted to reverse the effects of the weather and general wear and tear. 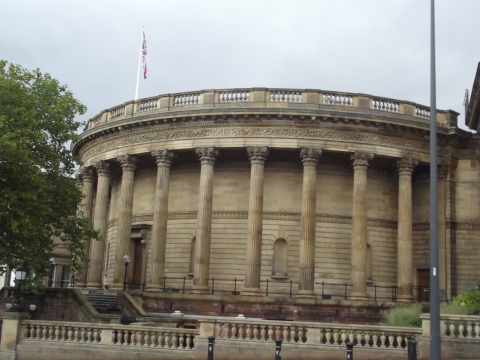 Probably one of the most renowned historical buildings of Liverpool, the Picton Reading Room and Hornby Library is located in the William Brown Street. This English library comprises of two buildings and both are designated as sites of English heritage. The entire complex belongs to the Liverpool Central Library. Dating back to the late 19th Century, the complex was modified and renovated extensively by the 20th Century. It is still open to public as a site of heritage. 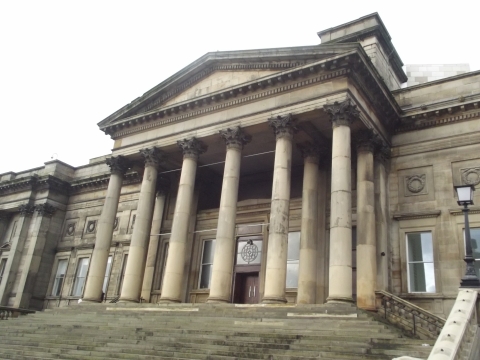 Opened to public in 1860 and located on William Brown Street in Liverpool. Initially the museum started off by showing a tiny part of the Earl of Derby's collection, some paintings, models of Liverpool, and samples of imports that had been shown at the Great Exhibition of 1851 in London. However, over the years, the number of visitors increased drastically and there was a need to shift to a bigger place and that is how St. George's Hall across the street, also became a part of this legacy. It was an excellently designed building with a Classical style and including Corinthian columns. 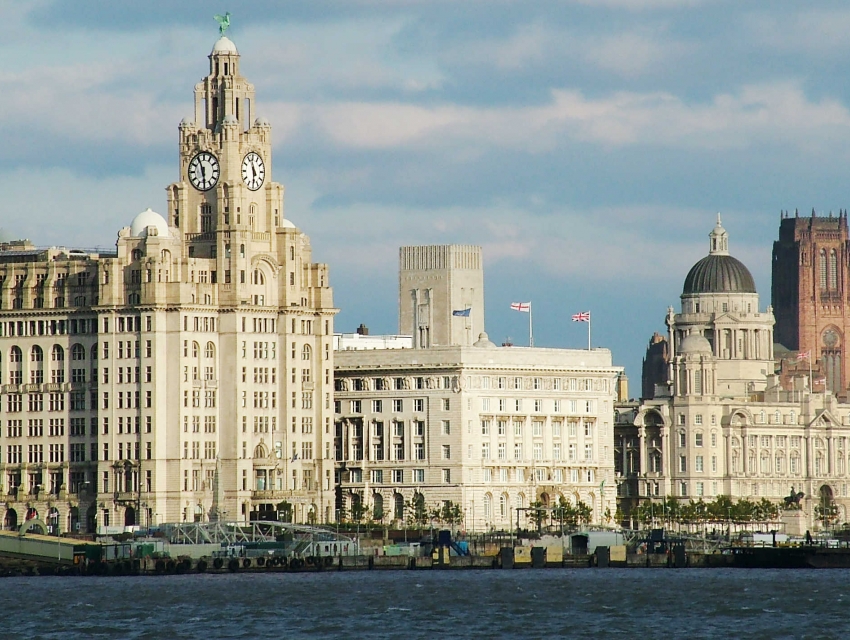 A Day in Liverpool 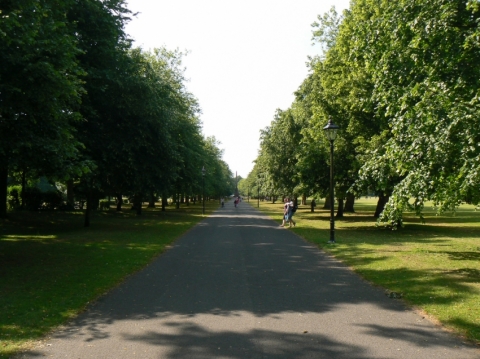 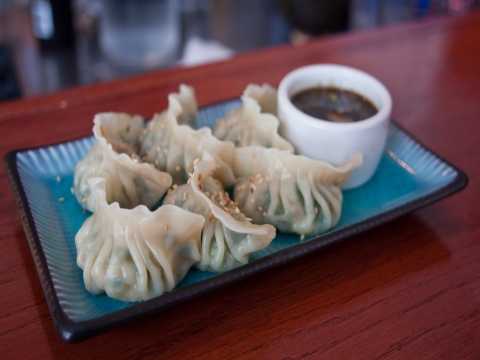 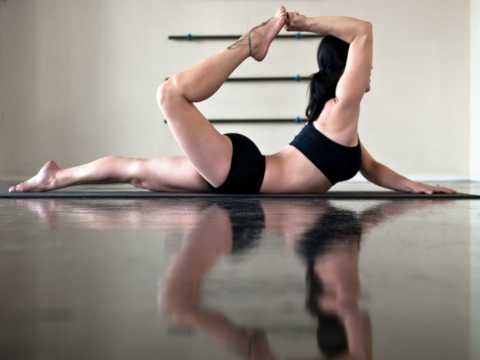 Best for Couples in Liverpool

Best for Kids in Liverpool