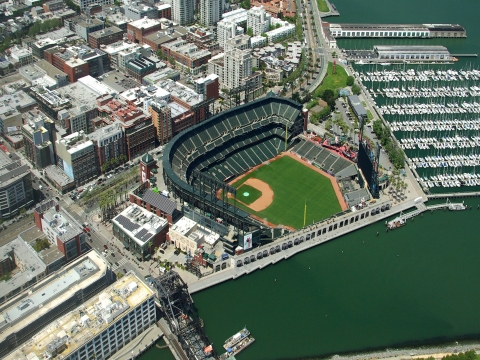 Formerly Pac Bell Park, SBC Park, and AT&T Park, the Oracle Park is the first privately financed ballpark in Major League Baseball since Dodger Stadium in 1962. The name may have changed several times, but the game always remains the same here. The San Francisco Giants' home features an inspiring nine-foot (2.74-meter) statue of America's greatest living ballplayer, Willie Mays, at the northwest corner of the stadium. An 80-foot (24.3-meter) Coca-Cola bottle with playground slides and a miniature replica of the park, located behind left field, has become a magnet for kids of all of ages. 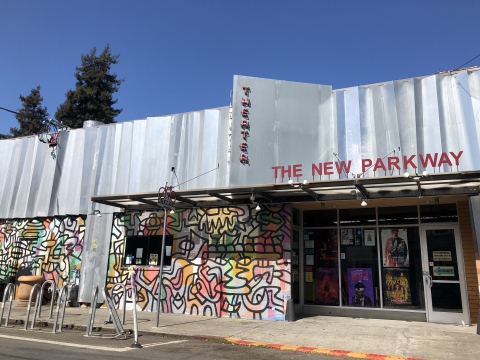 The New Parkway rose from Oakland's desire to get a speakeasy-style theater back after the beloved original Parkway Theater closed. After several years and tons of donations, the New Parkway was born. The theater is devoted to showing second-run and independent and new classic movies at much lower than average prices, and once inside you can order food, wine and beer to be delivered to you in the theater. And they aren't your average theaters, either! One theater is set up like a big dining room with wooden tables and chairs with a balcony full of cushy couches, while the other is a hodge-podge of old couches, armchairs and coffee tables, arranged on the floor to resemble entire living room sets. Select menu items can be ordered from inside the theater during the movie.

The Campbell Theatre is the place to be if you are looking to attend theater performances or concerts and jamming sessions by local songwriters and musicians in a reasonable price. Providing live performances throughout the year for enthusiasts of performing arts in the neighborhood is the ultimate goal of this theater. The entire venue can be hired for all kind of private and corporate events as well. The staff here have been specifically trained to cater to all your needs and make your events a successful and memorable one. Apart from theater and music concerts, performances from talented dancers, actors and comics are also organized at The Cambell Theatre.