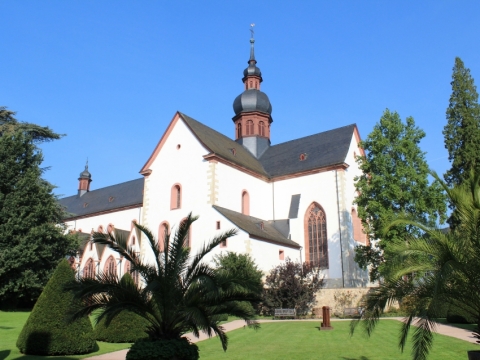 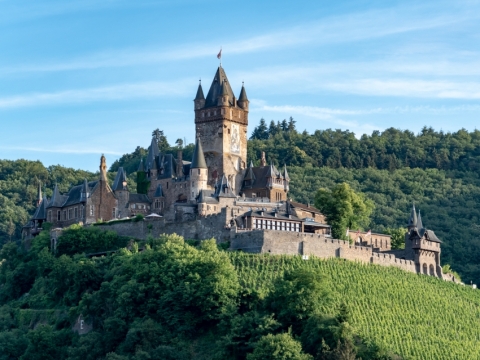 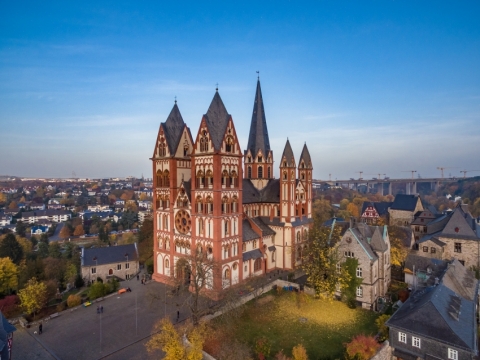 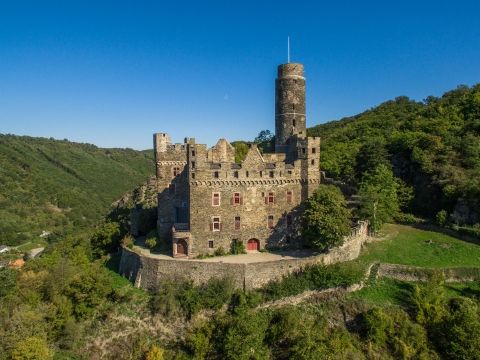 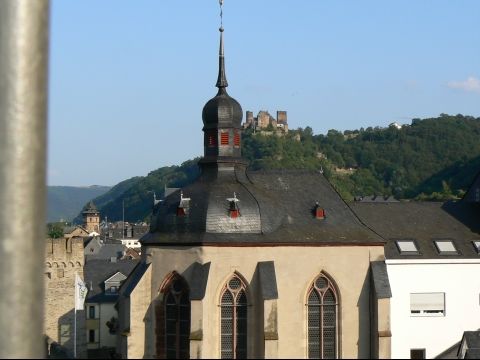 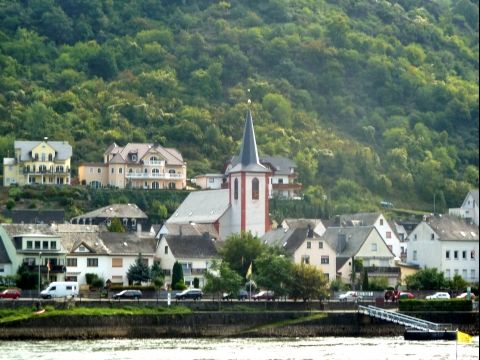 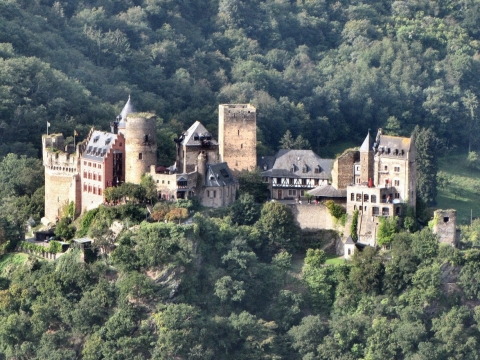 Situated in the city of Oberwesel, Schönburg is an elaborately-built castle that dates back to 911 CE. It was owned by the Dukes of Schönburg for hundreds of years beginning in the 12th Century. The castle remained in their family till it was burnt down by French troops in 1689. After restorations in the 19th Century, the castle was reopened as a hotel. The hotel offers a lavish setting for a memorable holiday with rooms and suites featuring period furnishings and decor. Beautiful views of the Rhine Valley can be seen from some of the hotel rooms. There is a restaurant that serves delicious authentic cuisine as well. 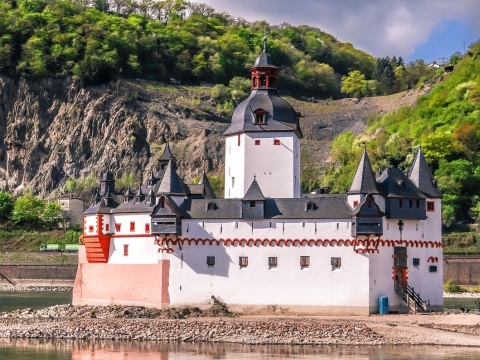 Burg Pfalzgrafenstein or Pfalzgrafenstein Castle, or simply the Pfalz, is a historic toll collecting station. In administration since the 14th Century, tolls ceased in 1867, but the castle retained its unique architecture. Built on the Falkenau island over the Rhine, its dimensions match that of the island. A pentagonal tower, baroque tower top, turrets and gun bastions were added over the centuries. A short ferry ride from the Kaub shore takes visitors to this present day museum.