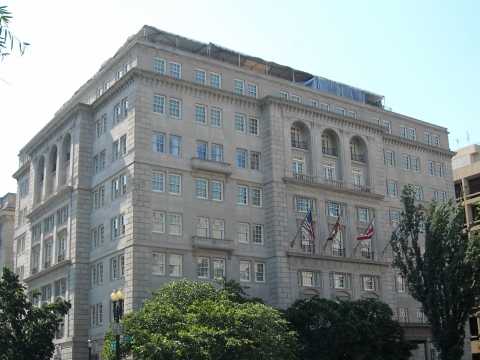 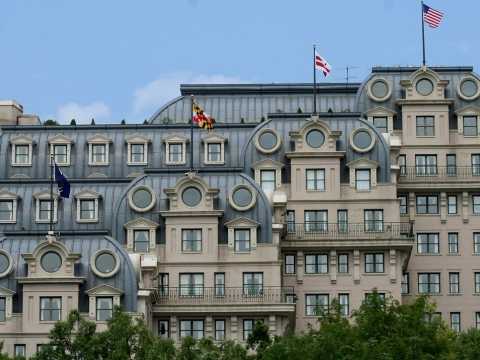 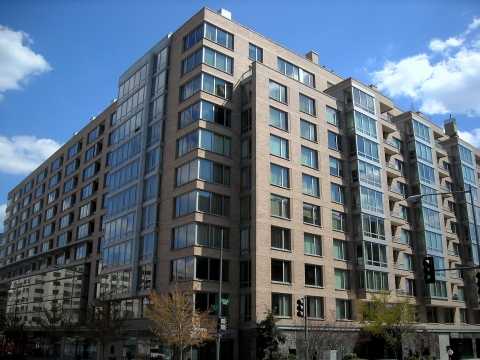 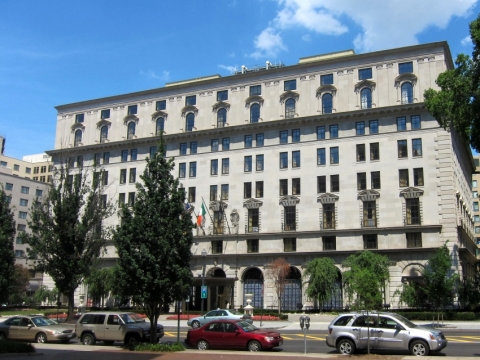 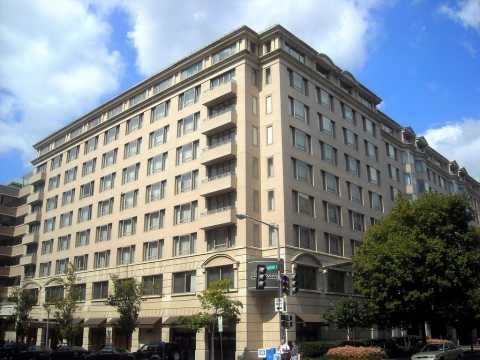 The centrally located, former Monarch Hotel features an elegant atrium-style lobby framed by beautiful flower arrangements and lush greenery. The Fairmont hotel guests may enjoy drinks at the lobby-lounge bar, while relaxing to the soft sounds of piano music. For an extra treat, try the delectable Sunday Colonnade Champagne brunch. 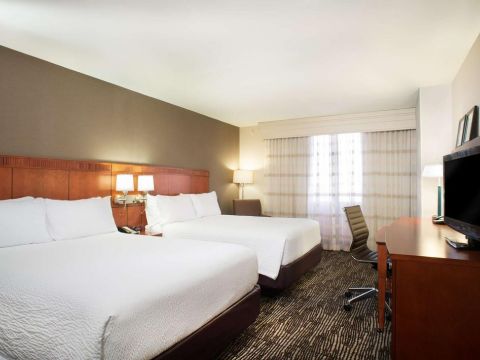 Located within 1.7 miles of Embassy Row and Dupont Circle, Hotel 1600 offers an on-site fitness centre. This boutique hotel offers free WiFi throughout the property. All air conditioned guest rooms feature a flat-screen TV, a coffee machine and a work desk. Select rooms offer city views. A complimentary continental breakfast is served daily at the property. Three metro stations, Farragut North, Farragut West and Dupont Circle, are located within 559.2 miles of the property. The White House is 0.6 miles away while Ronald Reagan Washington National Airport is 3.7 miles from Hotel 1600. Northwest is a great choice for travelers interested in culture, city walks and museums. This is our guests' favorite part of Washington, according to independent reviews. This property also has one of the best-rated locations in Washington! Guests are happier about it compared to other properties in the area. (Booking.com) 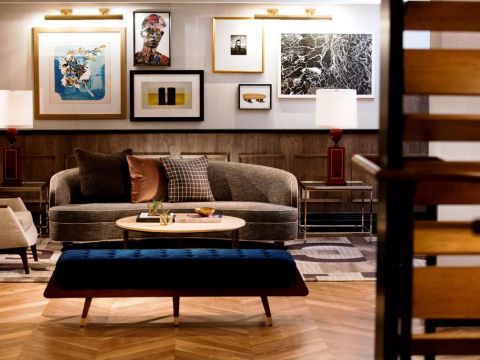 Featuring free WiFi, Kimpton Mason & Rook Hotel offers pet-friendly accommodation in Washington, 4 minutes' walk from Logan Circle. Guests can enjoy the on-site restaurant. Private parking is available on site. Each room includes a flat-screen TV and a private bathroom where you will find bath robes, free toiletries and a hair dryer. Select rooms offer a seating area. In-room spa services and a yoga mat are also available for guests. You will find a 24-hour front desk and 24-hour fitness centre at the property. Guests can enjoy the rooftop poolside bar at the property. Kimpton Mason & Rook Hotel offers custom-designed Kimpton PUBLIC bikes for riding around town. White House is 1.1 km from Kimpton Mason & Rook Hotel, while Washington Monument is 1.7 km from the property. Ronald Reagan National Airport is 6 km away. 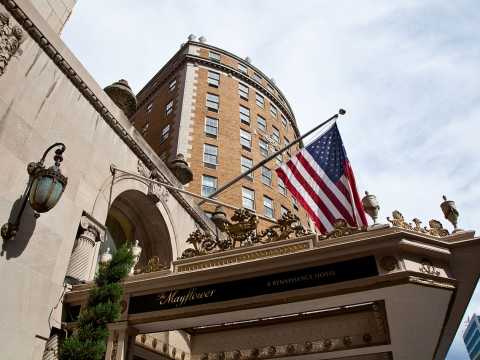 Since its opening in 1925, The Mayflower Hotel has been a prime spot for presidents and visiting dignitaries. Among the who's who on the historic guest list are Franklin Delano Roosevelt and J. Edgar Hoover. The rooms look like they were designed for the elite of nations (although for a price anyone can enjoy the luxury of one of DC's finest hotels). The hotel is on the list of Historic Hotels of America, and is located near the White House and some of the Smithsonian museums. Many government offices and businesses are close by and several of the city's finest restaurants and shops are also within walking distance. 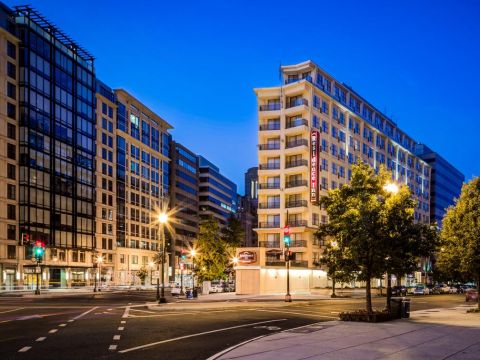 Residence Inn offers luxury accommodation in a central location, less than a mile from the White House, The National Mall and Washington Convention Center. Wi-Fi is free throughout the hotel. All studios and suites offer luxury bedding, flat-screen satellite TVs and wired and wireless high-speed internet access. The rooms all feature a kitchen and a separate living area. Breakfast is served each morning in the hotel’s dining room. There are also scores of restaurants within a few minutes’ walk of the hotel. The Residence Inn Washington DC has meeting facilities and a fitness center. It is 1.5 miles from the Smithsonian Museums and 2.5 miles from the Lincoln Memorial. Residence Inn Washington, DC/Vermont Avenue is 25 miles from Washington Dulles Airport and 5 miles from Ronald Regan Washington National. On-site car parking is available. 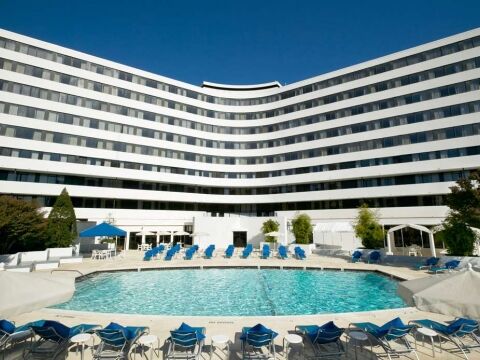 The Washington Plaza successfully combines facilities for business and leisure guests, including those with children. Whether you are in town for a conference or sightseeing, the spacious rooms are comfortable and the summer pool is the perfect spot to cool off. The decor combines modern and art deco furnishings to create a welcoming atmosphere. 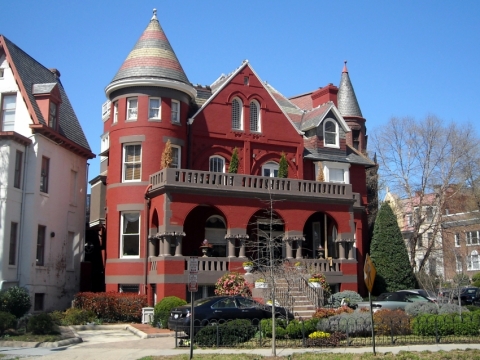 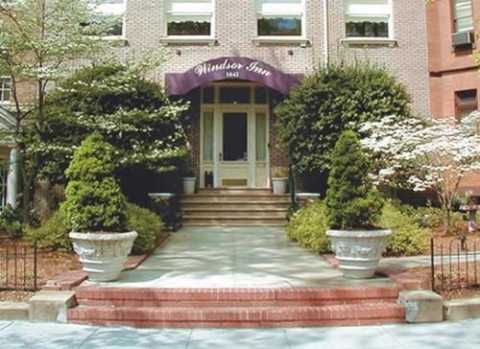 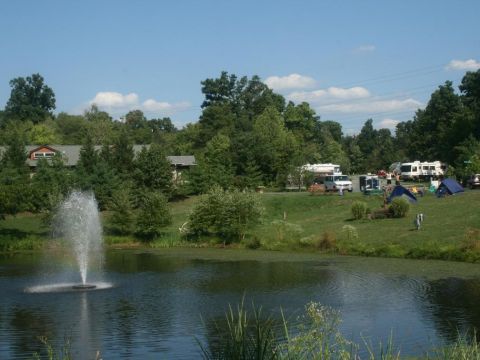