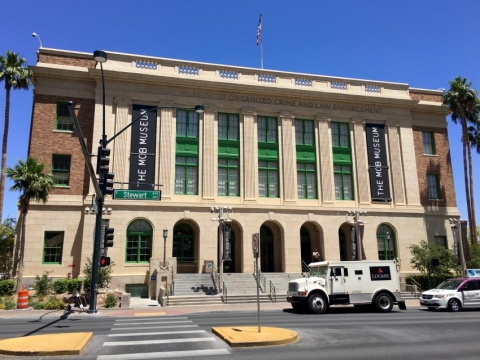 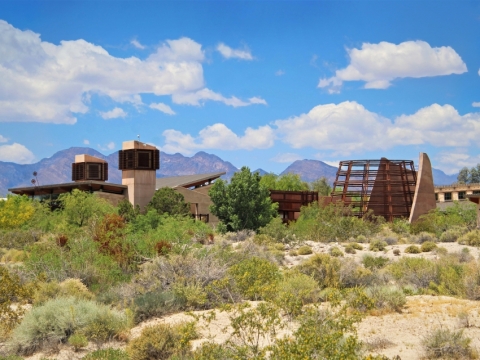 Nestled within close proximity to Downtown Las Vegas, Springs Preserve is a natural park and cultural center devoted to commemorating the history of Las Vegas and promoting sustainability. Listed on the National Register of Historic Places, the preserve is a rich repository of desert botanical gardens, museums, and galleries. It is home to several life-sized displays, exhibits, and entities centered around building a green environment. this insightful preserve also hosts classes, lectures, and workshops built around the disciplines of cooking, archaeology, sustainability, arts, crafts, cultural studies and more. Serpentine trails cleave many wetlands and lush desert terrains at this sprawling preserve which is also home to an indoor theater and a historic photo gallery. A seamless synergy of nature, education, and conservation, Springs Reserve is a noble step towards replenishing the global environment. 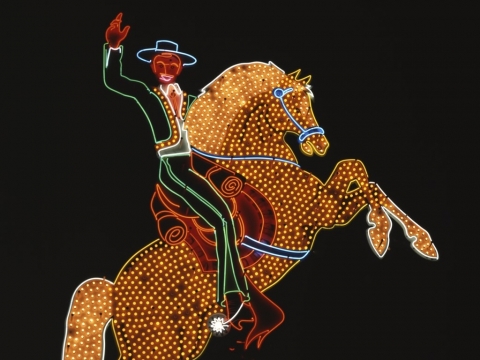 The Neon Museum is located in downtown Las Vegas and though it is open all day, it is best viewed at night. See the Caesars Palace sign in its fully-colored splendor, and catch a glimpse of the horse and rider from the old Hacienda Hotel. The museum often adds new items to this marvelous collection. Entrance is available as part of a guided tour only. Purchase tickets early for the later tours as they fill up quickly. 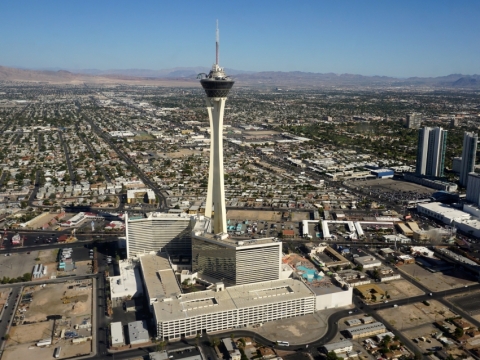 The Stratosphere Tower is one of the most renowned landmarks in Las Vegas. At the height of 1,149-feet (350-meter), the tower itself is one of the tallest towers in the country that offers rides such as Insanity, XScream, Sky Jump and Big Shot. The names of the rides are true to the kind of adventure they promise to provide. So, if you are on Insanity then get ready to be thrown off the edge of the platform for up to 1,000 feet (304 meter) and circle around at 70-degree angle with a spectacular view of the valley. X-Scream is bound to make your heart skip a beat or two as you dangle back and forth in the air on a teeter-totter device at the side of the 100-story tower. The best of the lot, however, is the Big-Shot, which is a breath-taking free fall from a height of 160 feet (48 meter) along with a spire. A controlled free-fall from the 108th floor known as Sky Jump is the another addition to the list of extreme adventure rides. Whether you want to simply enjoy the views from the tower, enjoy a cocktail by the pool or get your adrenaline pumping, the tower has it all for a perfect Vegas experience. 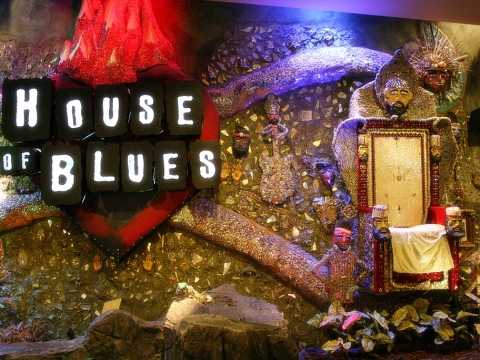 House Of Blues at Mandalay Bay is the closest thing you'll find to a blues revival without going to Louisiana. Live music has been presented by some of the all-time great rhythm and blues personalities. Everyone will love the fried catfish and succulent barbecued ribs served here. On Sunday, a brunch buffet is punctuated by some of the greatest gospel singers in the country. 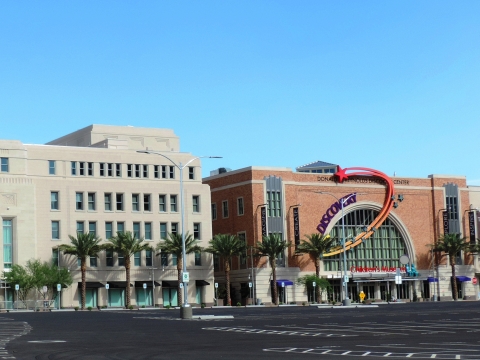 This museum features over 100 hands-on interactive exhibits dealing with the arts, sciences, nature, music, and humanities. Among its many worthwhile exhibits are Eco City, Toddler Town, and Water World. All of this in 22,000 square feet (929 square meters) of exhibit space! The Discovery Childrens' Museum is located close to Cashman Field, which is in the Cultural Corridor 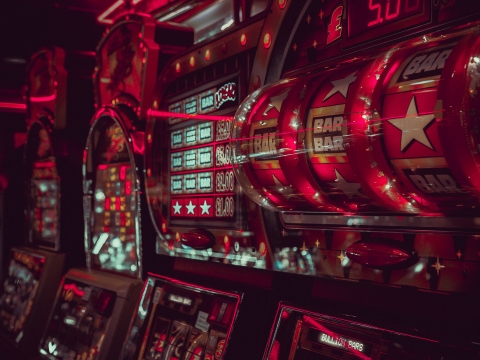 One of two venues inside the Flamingo Hotel and Casino, Bugsy's Cabaret features entertainment that will top off your stay in Las Vegas. From sultry shows to comedy and more, Bugsy's Cabaret is a venue that has hosted celebrity legends since the beginning. Don't delay, book your seat for some of the hottest shows on the strip. 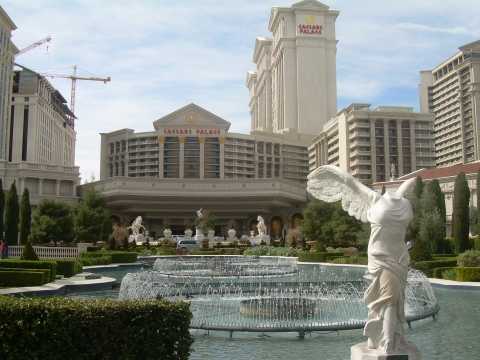 Caesars Palace Las Vegas Hotel & Casino, founded in 1966, is a popular tourist destination in Las Vegas, Nevada. The luxurious resort attracts visitors from all over with over the top casino, a wide variety of restaurants and a huge convention area. The hotel has around 4,000 rooms, innumerable slot machines and even boasts of a 24 hour poker room. It is also very famous for hosting several events which includes boxing matches, music concerts and other sporting events. It is considered to be a must visit when in the city. 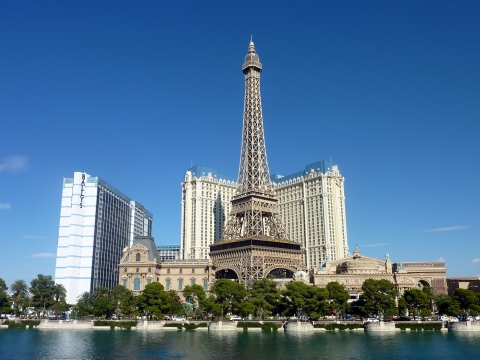 Half-scale versions of the Eiffel Tower and Arc de Triomphe rise 50 stories above the Las Vegas Strip, drawing visitors into this resort. Each elegant guest room or suite is decorated in a French Regency style and is both opulent and comfortable. Guests will enjoy Le Boulevard district for their shopping pleasure. The Mandara Spa is the perfect place to relax and unwind. Two attractive wedding chapels are located on site. The hotel is connected to Bally's and MGM via a monorail system. 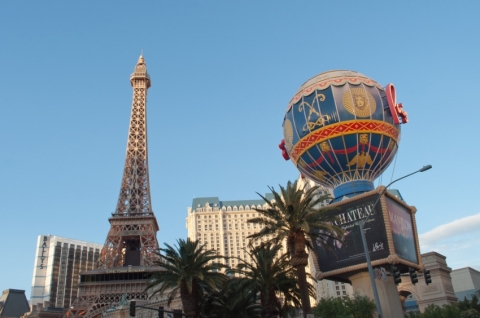 Le Theatre des Arts at Paris Las Vegas at Paris Las Vegas is where you will find music greats like Barry Manilow performing. The theater is a stage for some of the best music acts in showbiz. Also featuring Sgt. Pepper and more artists, the tickets are usually sold out soon, so do check the website for details on events and grab your tickets soon. 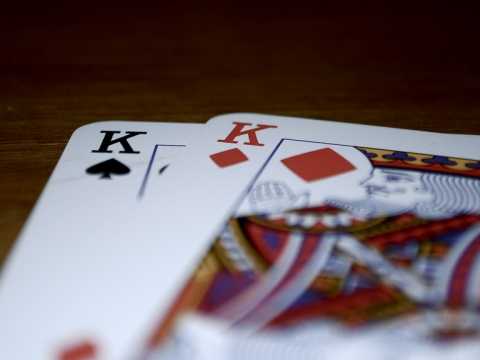 Poker Room is a must-visit if you want a taste of the Vegas gambling scene. Sophistication and opulence walk hand in hand at this venue, located in the esteemed Five Diamond Award-winning Bellagio Hotel. The room is spread across a 7,000 square foot (650.33 meter) area and has 40 tables for maximum gaming pleasure. They also have other amenities such as 24-hour dining services right at the tables and a complimentary drinks. There are safe deposit boxes and a full-service cashier cage. For listening and viewing pleasure, the Poker Room has an overhead state-of-the-art music system, eight television monitors, and eleven huge plasma screens. 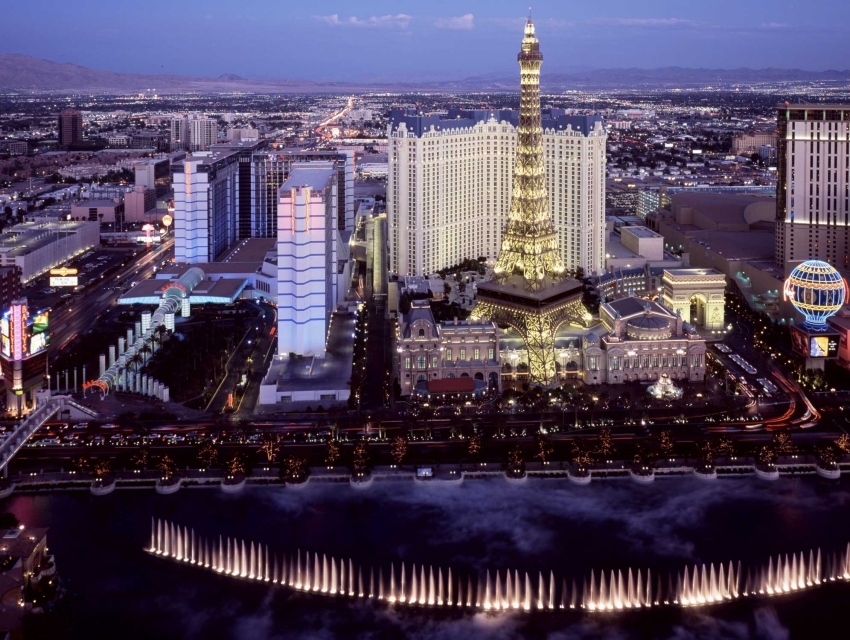 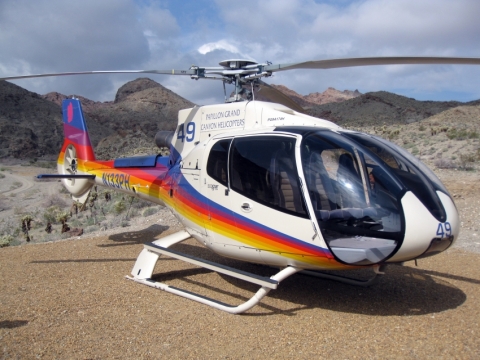 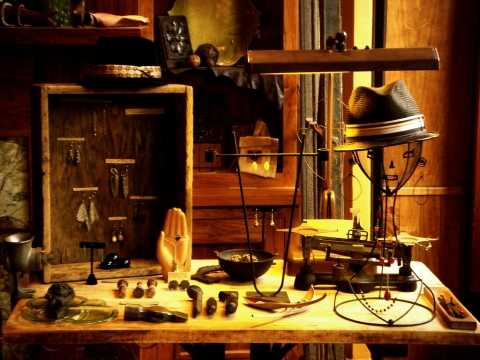 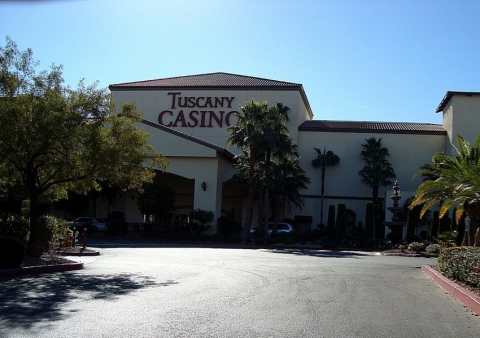 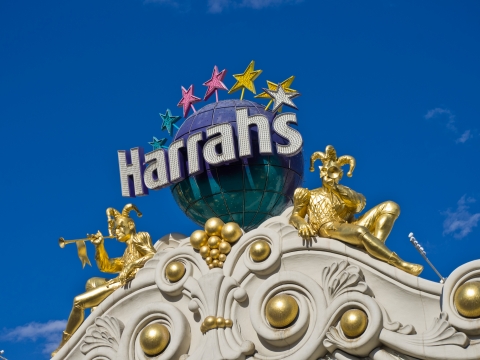 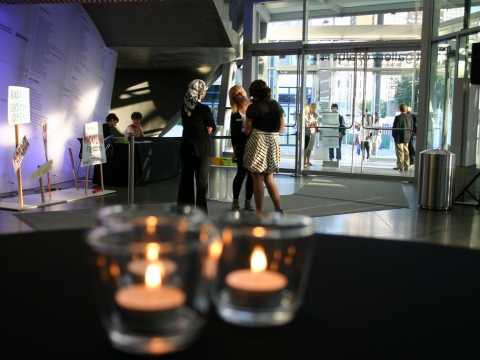