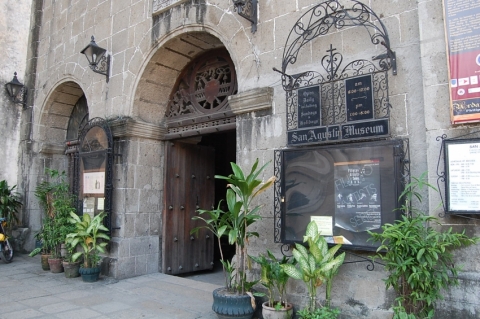 With virtually the whole of Intramuros destroyed during World War II, this is the only remaining repository of the wealth that was once a common feature of Manila's churches. Formerly a monastery, the museum comprises two floors interconnected by a grand staircase. The various rooms and hallways display paintings, santos (religious statues, usually of carved wood or ivory), gold and silver ornaments, liturgical vestments, chests, and altars. It is an artistic treasure house that illustrates the richness of Philippine history and culture. 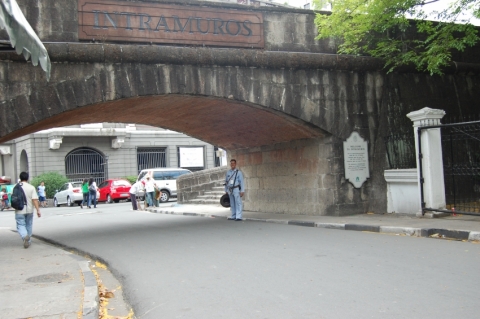 Unique in Asia, this was a European-style medieval fortified city that functioned as the seat of government from 1571 to 1898. The massive walls stretch some 4.5 kilometers, enclosing a 64-hectare area once occupied by palaces, churches, monasteries, schools and wealthy residences ('Intramuros' means 'inside the walls'). Sadly, the whole city was razed to the ground by bombings conducted by American forces when they recaptured Manila from the Japanese in 1945. Today most of the walls, gates and bulwarks have been restored, affording visitors a glimpse into the past. 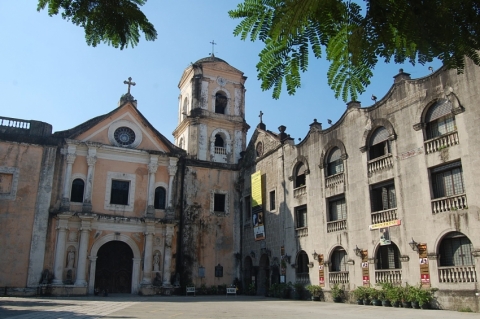 Constructed in 1587-1604, San Agustin Church is the oldest surviving church in the Philippines. It was the only building left intact when Intramuros was reduced to rubble during the Liberation of Manila in 1945. Now a UNESCO World Heritage Site, it is a mandatory destination for any Manila visitor interested in history and culture. Concealed behind the imposing facade is an elaborately decorated Baroque-style interior. Throughout the nave and six side chapels are fixtures of great artistic and historical significance. 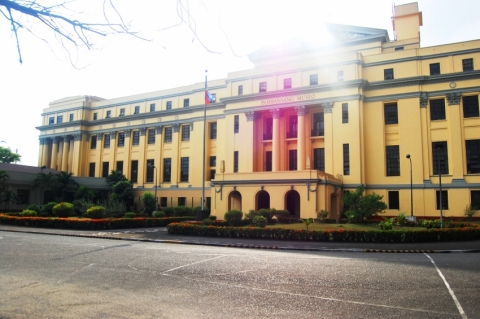 National Museum of the Philippines

Filipinos and foreigners alike can view some of the Philippines' historic and cultural treasures in this Museum of the Filipino People. Among the many displays here, the galleries devoted to the San Diego galleon merit special mention. Porcelain plates, coins, jewelry, armaments and other artifacts recovered from the sunken battleship present revelatory glimpses of 17th century life. The Story of the Filipino People is another must-see for all visitors. 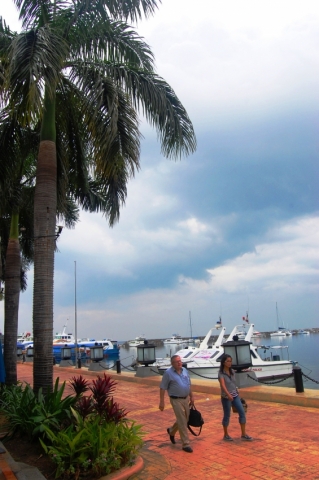 The history of Manila is closely tied to this body of water. Naval battles were fought here, including the celebrated La Naval de Manila in 1646, which effectively put a stop to repeated attempts by the Dutch to take over the Philippines. It was also on Manila Bay that the Spanish fleet was annihilated by the American forces under Commodore George Dewey, ushering in 40 years of American occupation. But more than anything else, Manila Bay is renowned for its spectacular sunsets—a must-see for every visitor to the city. 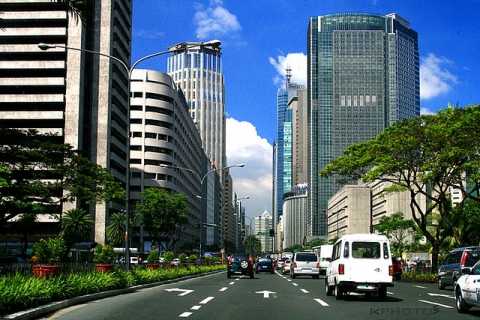 The 1960s saw the emergence of a new business district in the then sleepy municipality of Makati. The Spanish-Filipino conglomerate of Don Jaime Zobel de Ayala developed the district by first establishing this main thoroughfare which cuts through to Highway 54 (now known as Epifanio de los Santos Avenue, or EDSA). Towards the end of the decade, Ayala Avenue emerged as the main artery of the Makati business area. Many major banks, multi-national corporations and embassies are located here. 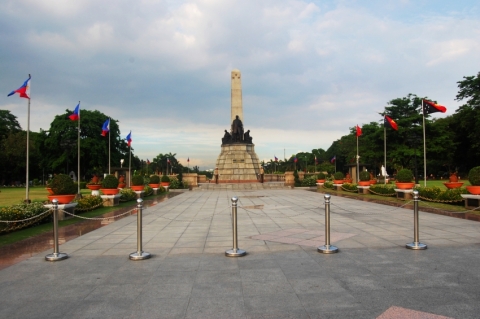 Immediately after his execution by a firing squad on 30 December 1896, the body of Filipino nationalist martyr Dr. Jose Rizal was hastily buried by the Spanish authorities in a makeshift grave which was intentionally mis-marked so as to mislead his followers. Rizal's remains were exhumed two years later and moved to the family home where they remained until 1912, when they were once more exhumed and laid to rest beneath this monument. Guarded by sentries dressed in full regalia, the Rizal Monument stands as a symbol of Filipino nationhood.

Established in 2001, the Museum of Philippine Political History was set up in order to educate the people about the functioning of various government systems that shaped the political scenario for the country. Hereby, it sheds more light on the trend of developments each government has taken in the past, and helps encourage action so as to help safeguard the republican values. 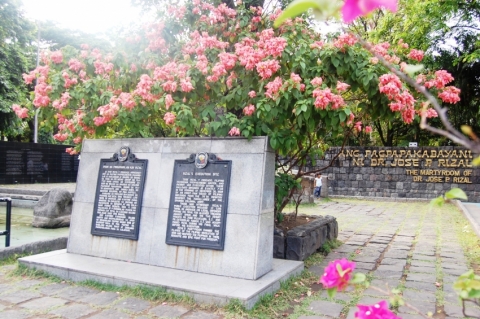 Dr. Jose Rizal was sentenced to death by the Spanish colonial authorities on the grounds that the nationalist ideas contained in his two novels (Noli Me Tangere and El Filibusterismo) were fomenting revolution. Rizal's death was a turning point in Philippine and, in a larger context, Asian history. The Philippine Revolution followed not long after his execution, ushering in Asia's first democracy. Here, on the actual site of his execution, eight clusters of life size bronze statues depict 'The Martyrdom of Dr. Jose Rizal', highlighted with an evening light and sound presentation.

Ermita (Spanish for "hermitage") Church takes its name from the fact that there once stood on this site a shrine and hermitage dedicated to a greatly venerated image of the Virgin Mary called Nuestra Senora de Guia, or Our Lady of Guidance. Legend has it that the image was found on a pandan bush along the shore of Manila Bay on the evening of May 19, 1571, the day the Spanish colonizers took over Manila. The image, believed to be miraculous, is still housed in this church. It has been declared "Archdiocesan Shrine of Nuestra Senora de Guia".

Constructed in 1587-1604, San Agustin Church is the oldest surviving church in the Philippines. It was the only building left intact when Intramuros was reduced to rubble during the Liberation of Manila in 1945. Now a UNESCO World Heritage Site, it is a mandatory destination for any Manila visitor interested in history and culture. Concealed behind the imposing facade is an elaborately decorated Baroque-style interior. Throughout the nave and six side chapels are fixtures of great artistic and historical significance.

You can find out everything you want to know about Manila and other tourist spots at this information center operated by the Department of Tourism (DOT). Telephone inquires are welcome, but a visit to the center will enable you to obtain more comprehensive information on places to visit, tourist procedures, travel options and so forth. The center is located inside Rizal Park, close to many points of interest such as the National Museum. 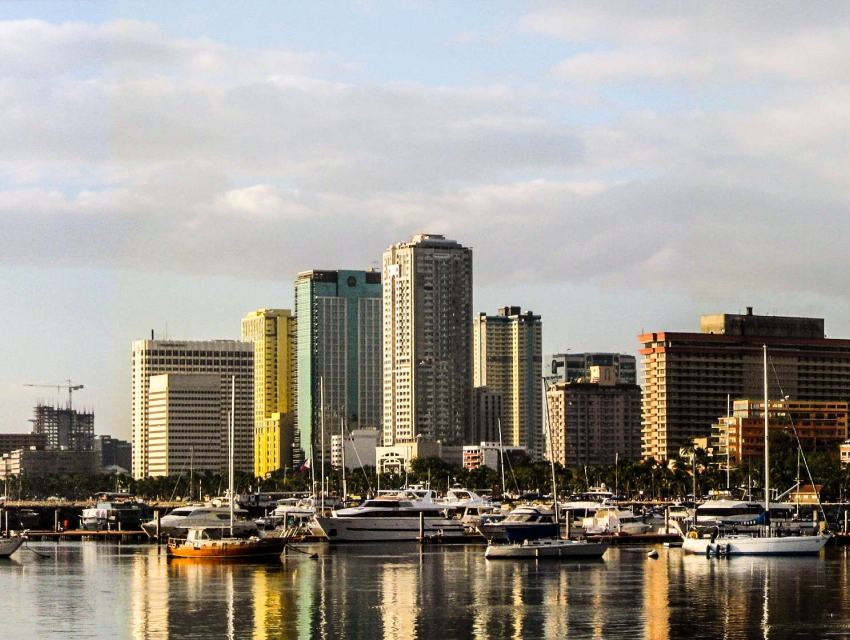 A Day in Manila 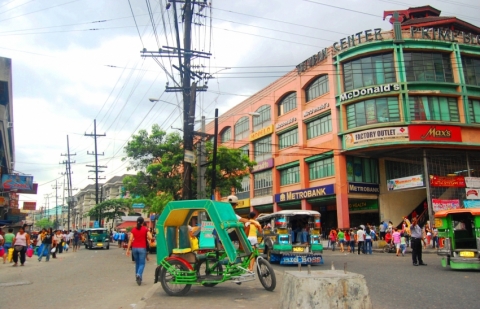 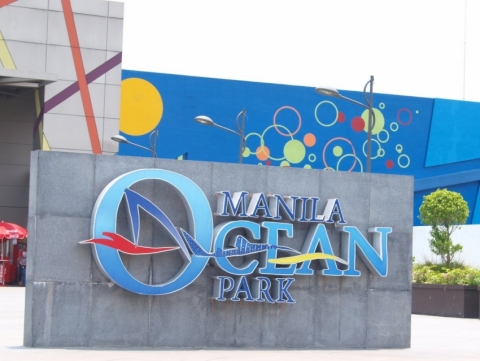 Must Visit Attractions in Manila