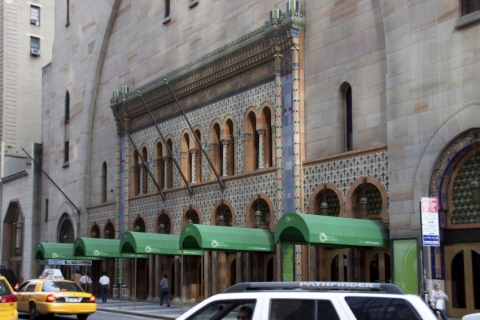 Built in 1923 originally as a meeting hall, New York City Center is Manhattan's center for performing arts. It frequently showcases everything from theater to dance to music. Special services like technical support, rentals, marketing and underwriting are also provided to the companies that perform here.

Featuring a plush theatrical setting with a holding capacity of 2,257 persons, Mainstage Theater of the New York City Center is a popular address amongst the cultural aficionados. With a highly competent technical setting and excellent support facilities, the performances at this venue leave people mesmerized. The main stage has been a site for several acclaimed performances over the years and from comedy, intense drama, light-hearted musicals to dance performances, it presents an eclectic line up of shows.