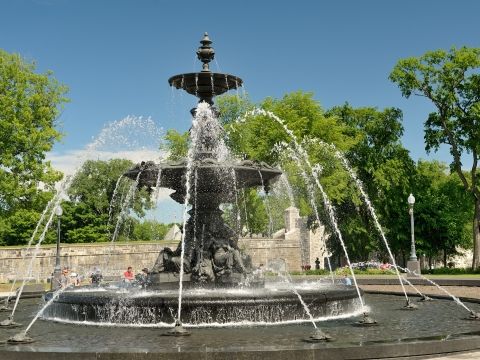 Standing proudly against the magnificent backdrop of the Hotel du Parlement, Fontaine de Tourny is a fine example of Quebecois' love for their city. The fountain was built in the mid-19th Century by French sculptor Mathurin Moreau, and graced the city of Bordeaux until 1960. After numerous years of disuse, the fountain was purchased and brought to Quebec by an eminent city-based businessman as a gift to its people. Named after the street on which it originally stood, the large fountain features majestic sculptural details and an astounding 43 outlets. Come evening, the fountain, illuminated in all its glory, is truly a sight to behold. 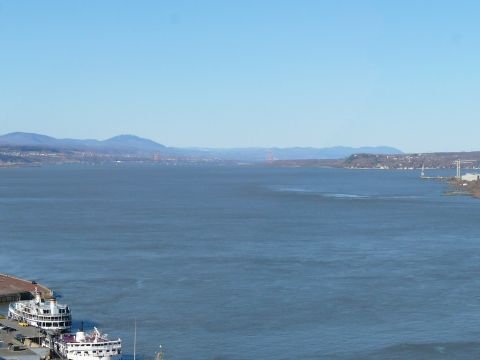 The Saint Lawrence River is the river that connects the Canadian province of Quebec with the American state of Michigan. This scenic river drains into the Great Lakes of North America and leaves behind a beautiful landscape for Quebec to enjoy. With several recreation activities, the river shores are a haven for water lovers. With sports like canoeing, kayaking, boating and whale watching, one can discover the secrets buried in the depths of this pristine blue river. One can visit the many river islands along the river, dominated by trademark white and red lighthouses, or just go on a scenic drive along the coastal roads. Whatever you do, the river is sure to overwhelm you. 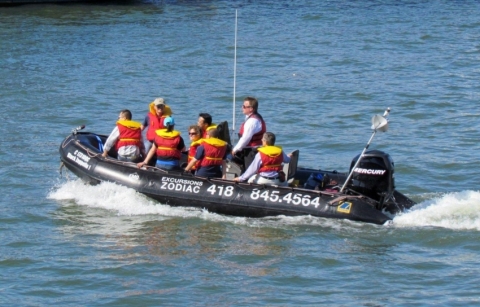 Have an adventure as you speed along the St. Lawrence River in a Zodiac boat! Excursions Maritimes Québec offers fun-filled customized tours. You can plan a trip that lets you see your favorites sites at a fast speed or drift down the river as you soak in the atmosphere. On your tour you'll learn facts about your surroundings from an audio guide or from your knowledgeable tour guide. Customize a tour that's perfect just for you! 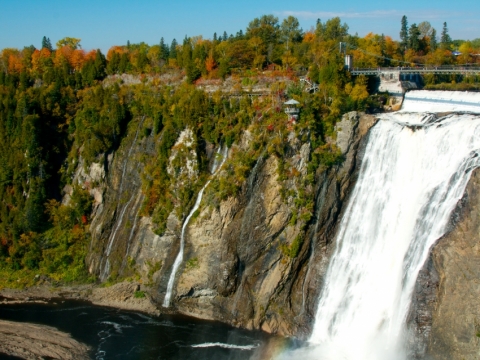 Montmorency Falls is a part of the Montmorency River and is nestled within the Montmorency Falls Park. This scenic waterfall is even taller than the Niagara Falls and has had its share of fame; it appeared in the film Whispering City and also features in a verse of John Keat's poem, Sleep and Poetry. One can access the staircases around the waterfall to gain a panoramic view of the thundering rapids.