While other Indian metro cities in India like Mumbai are craving for green spaces, Kolkata is blessed with abundant parks, grounds and fair-grounds; Maidan being one among them. One of the largest open spaces across the State of West Bengal, it has a special place in the heart of Bengalis. It is home to famous structures and landmarks like Royal Golf Club, Victoria Memorial, Eden Gardens, Kolkata Race Course; the list is endless. Maidan also comprises statues of Britishers like Lord Curzon and Canning and notable Indians like Subhash Chandra Bose, Raja Ram Mohan Roy, Chittaranjan Das, Mahatma Gandhi and Jawaharlal Nehru. The park has hosted political rallies, speeches, cultural events and expositions like Kolkata Book Fair. Maidan is an inherent and integral part of Kolkata and its inhabitants.

Central Park has a wonderful rose garden, which is a feast for the eyes when they all blossom. The park is built around a huge water body. It is the second largest open space in Kolkata, Maidan being the first one. It is very close to the Central Park Metro Station and is the favorite among lovers. There are boating facilities in the adjacent lakes, which are mostly full during the weekends. Tourists can also see a number of West Bengal government buildings surrounding the park area. The park has a butterfly garden where you can spot some of the most colorful butterflies. The garden is maintained by Nature Mates Nature Club, supported by the West Bengal Forest Department. There is also a walking track thus making it convenient for morning walks, jogging and evening strolls. 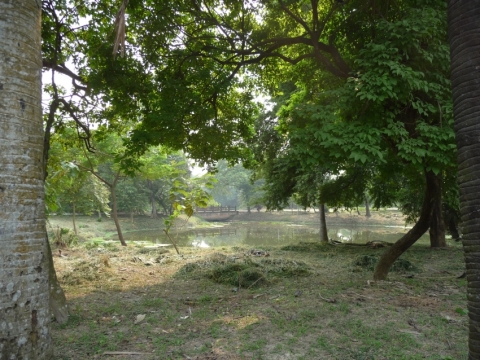 Established by an East India Company officer Colonel Robert Kyd in 1787, this botanical garden was an initial investment to help distinguish plants that would contribute to commercial trade. Over the years, the garden has been titled ‘The Royal Botanical Garden’ and ‘Indian Botanical Gardens’ before finally being named after noted Indian physicist, botanist and biologist Archarya Jagadish Chandra Bose in 2009. The garden is spread across a stunning 109 hectares and is the oldest and largest of its kind in South East Asia. With over 12, 000 different varieties of plants to browse through, you would need an entire day to even skim the surface of all that this has to offer. A must-see is the The Great Banyan Tree which is said to be the largest tree in the world. The collection of different palms is also worth visiting. Situated at Shibpur, Howrah, the Acharya Jagadish Chandra Bose Botanical Garden can be easily reached via the Vidyasagar Setu. You can also catch a bus from Howrah Station to the B. Garden stop. The gardens are usually visited by groups of college students that come here to spend the entire day, equipped with water and snacks to keep them going.