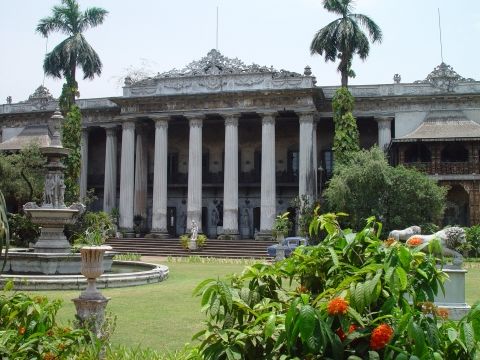 One of the most opulent imprints of the East India Company, Writers' Building has become an intrinsic part of Kolkata's vast history. It is so named because it was originally conceived in order to house the Company's writers. After the first structure collapsed, a second one was built on the site now occupied by the Kolkata G.P.O. What you see today in BBD Bagh or Dalhousie Square is the third and final construction that stands on the same grounds as the original Writers' Building. Designed by Thomas Lyon, this majestic red facade is best classified as a Neo-Renaissance structure. Just like the Britannia statue at the top of the building signifies the past, the Indian emblem projects its current standing as the house of the Secretariat of West Bengal. Owing to its political importance, the building is also known as Mahakaran in Bengali. Visit Writers' Building before the city wakes up, so you can take in its history and architectural beauty in solemn silence. And retain it, since photographing the landmark is strictly prohibited. Further details can be obtained from the West Bengal Tourism website.