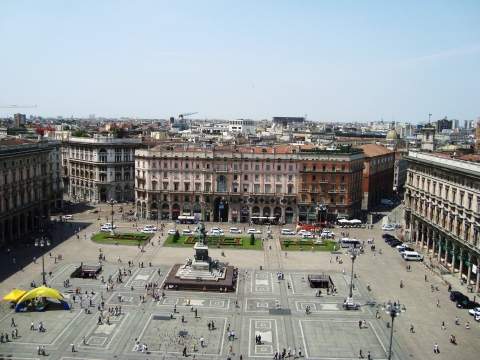 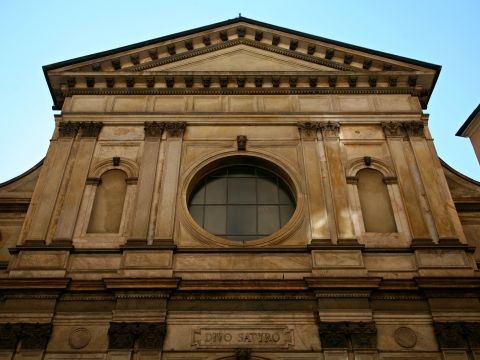 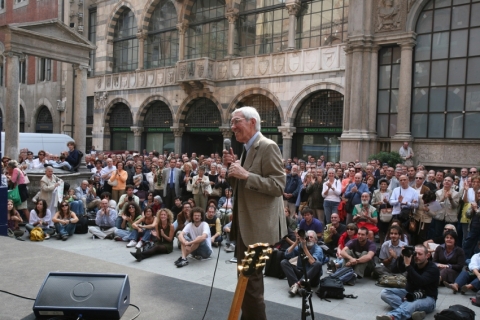 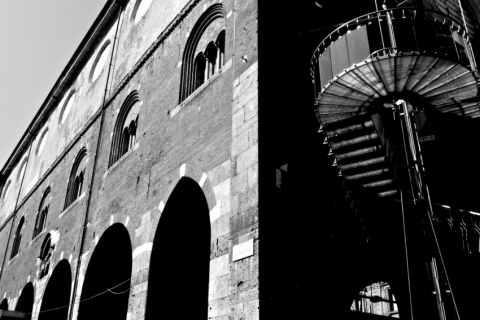 At the centre of Piazza dei Mercanti, once a quadrangle enclosed on all four sides, one finds Palazzo della Ragione, what was known as the 'Broletto', commissioned by the ruler of the city Oldrado da Tresseno (1228-1233) who is depicted in an equestrian monument in a niche on the façade facing the piazza. The rectangular-plan building consists of a loggia on the ground floor, which today is higher than the surroundings due to the successive lowering of the street level. In 1771 another floor was added, the so-called "Teresian extension", for the Notarial Archive: it can be recognized from the large elliptic windows. The monument was restored during the 1970s.