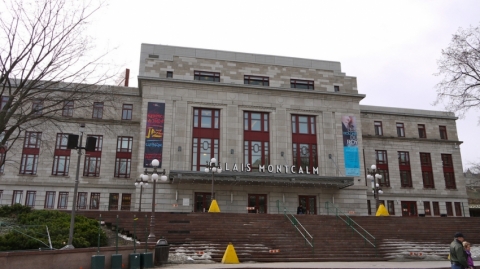 The grand Palais Montcalm Theatre, erected at Place d'Youville, has entertained Quebec for almost 70 years. With a diverse lineup of classical, contemporary and specialty musical acts, the stone structure allows magnificent sightlines and superior acoustics in stately surroundings. A smaller performance space, the Café-Spectacles du Palais Montcalm, showcases blues and jazz acts in a cozy atmosphere. Though superseded by the Grand Théâtre in stature, the Palais Montcalm remains one of the city's true artistic and architectural landmarks. Ticket prices vary. 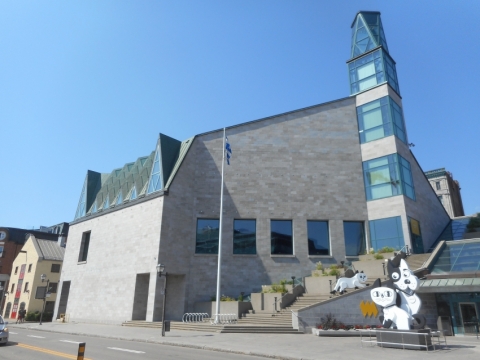 Museum of Civilization plays host to a wide variety of locally and internationally themed exhibitions. In a building that effortlessly combines ancient colonial architecture with ultramodern additions, visitors feast on bilingual exhibitions ranging from Xi'an, Eternal Capital, a multimedia exploration of the ancient Chinese city, to Encounter with the First Nations, which focuses on Quebec's Native Peoples. Guided tours are also available. 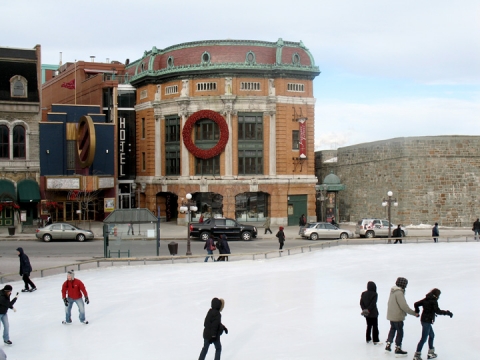 The Théâtre Capitole inside the Capitole du Quebec has been in existence since 1992. It was formerly an arts and cultural events center but today it is used as a concert hall. Majestically decorated, the theater has comfortable seating accompanied by an excellent acoustic audio systems. The theater is divided into the Balcony and Orchestra Levels, check the seating map on their website. Some of the biggest names in the business have all performed here. Today the Theatre Capitole attracts thousands of screaming fans who come to see their favorite acts do what they do best.