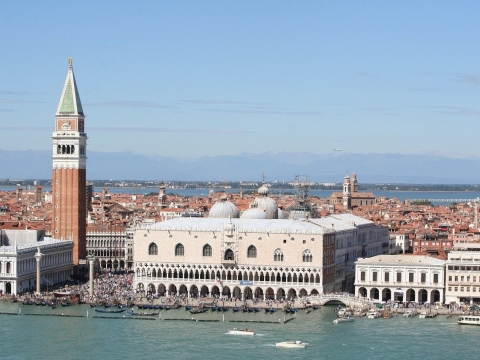 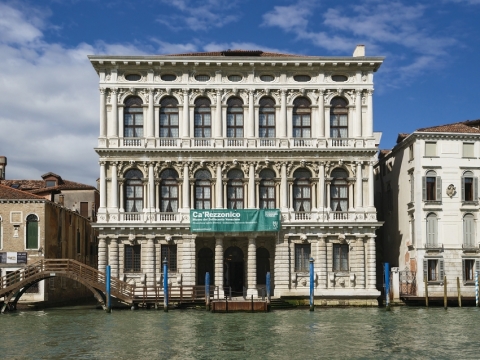 Located on the Grand Canal, Cà Rezzonico was the last building planned by famous Baroque architect Baldassare Longhena. The interior is a reconstruction of an 18th-century palace, with original restored furnishings. The Venetian decor is splendid, particularly in the ballroom with its stunning trompe l'oeil, and the nuptial room, which has richly decorated dressing tables. Today, it is a museum dedicated to the Venice of the 18th Century and comprises beautiful fixtures as well as many works of art. There are frescoes by Tiepolo and paintings by Guardi, Canaletto and Longhi that are worth checking out. 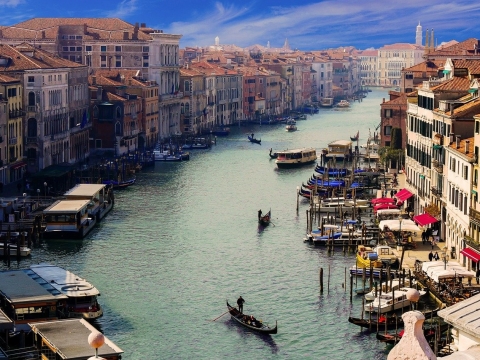 The Grand Canal carves a path through the heart of Venice and serves as the city's main thoroughfare. While water taxis and water buses operate on the waters, the canal winds its way through the center of the city, terminating at the lagoon at one end and the basin, at San Marco square, at the other. Along the way, the jade waters flow past historic structures and sprawling squares, alive with the call of the gondoliers. From the Medieval, Byzantine and Gothic to the Renaissance, Baroque and Neoclassical, the structures that line the Grand Canal form a chronicle of sorts of the city's architectural change across the ages. Romanticized by numerous movies and novels, a gondola ride down the Grand Canal is an essential Venetian experience. 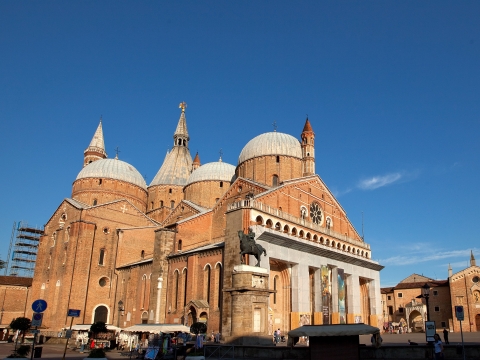 This basilica, the most important of the city, has been dedicated to main saint of Padua, San Antonio. It was built 8 centuries ago and from then on, it became one of the most important spiritual places of the Christian world. Antonio chose Padua as his permanent home in the period in which he was travelling all over Italy. The church is owned by the Vatican and it houses the tongue of the saint, an important holy relic. 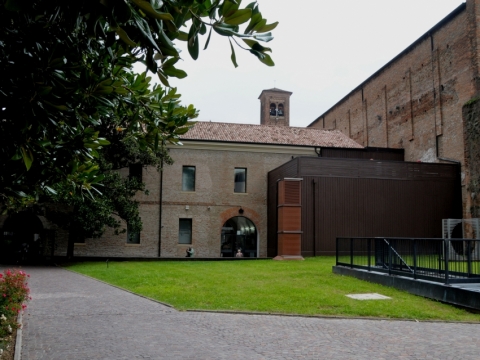 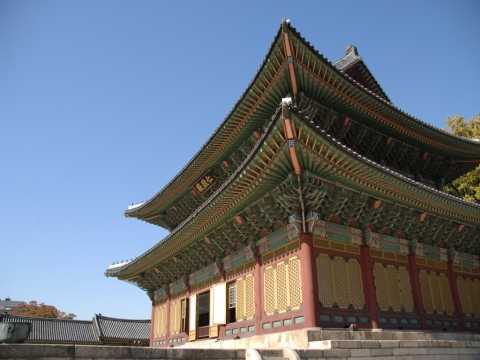 After a fire in the earlier building the splendid administration building was erected on the north side of St. Mark's Square in the 16th century. The formerly rectangular square thus acquired its present distinctive trapezoidal shape. Striking features of the building are the numerous rows of arcades: 50 arches grace the ground floor and 100 each on the first and second floors. 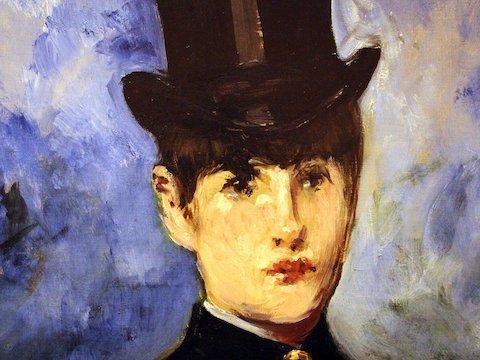 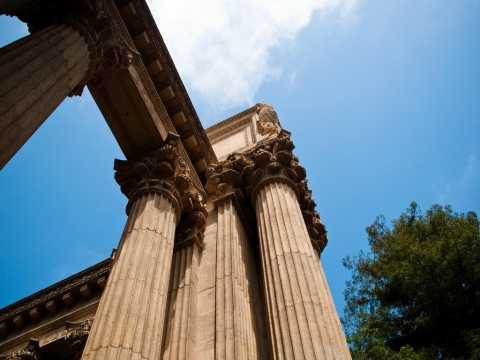 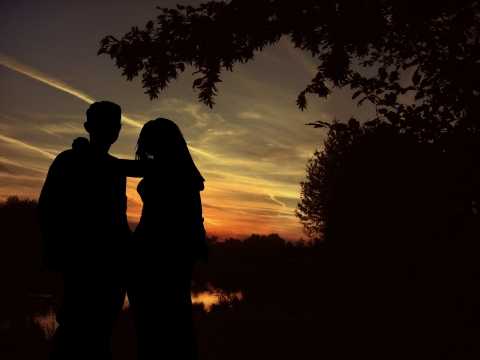 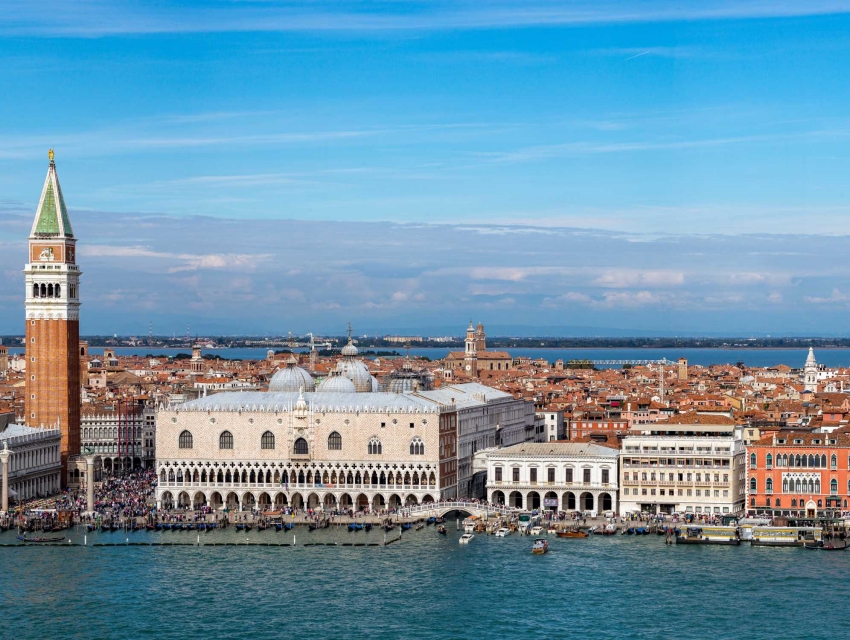 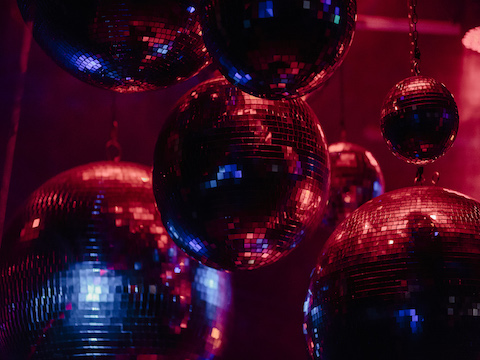 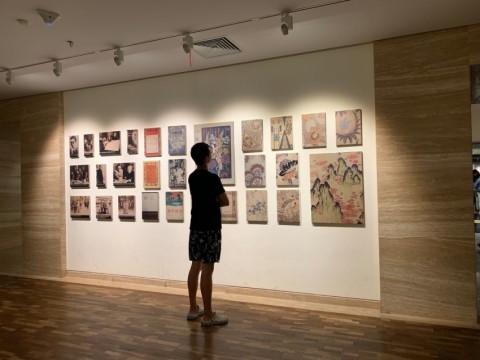 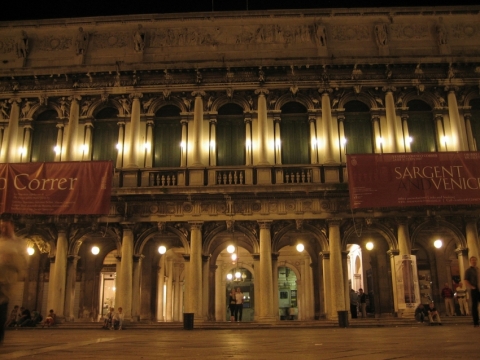 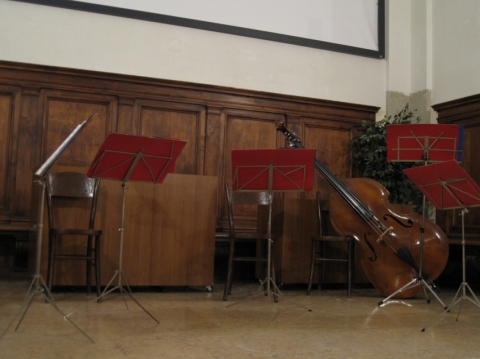 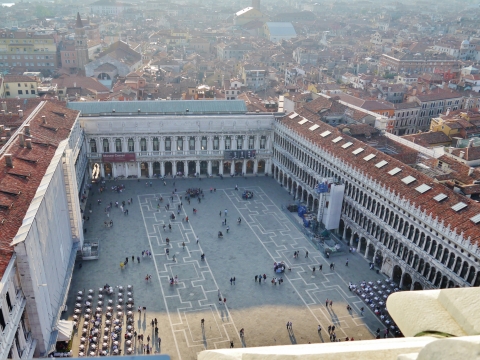