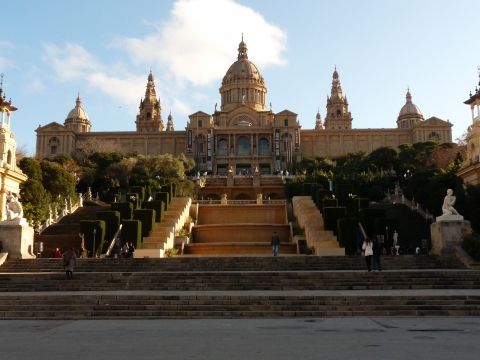 Built in 1990, the National Art Museum of Catalonia offers the best collection of Romanesque murals in the world, including some real gems from the Pyrenean region. Other pieces housed in the collection demonstrate diversity through such mediums as carving, sculpture, wood paintings, and glazed objects. Also found in the museum are uniques works like intricate altarpieces and gold and silver ornaments. You'll enjoy a selection of Gothic period paintings by 14th- and 15th-century Catalan School artists alongside those of their counterparts from across Spain and Europe. Art lovers will enjoy a healthy dose of local art at the National Art Museum of Catalonia.