Relish American cuisine in an elegant setting at the The Original Dinerant. Conventional recipes are improvised upon by the chefs, to enable them to suit the modern palate. The Stuffed Pork Chop, Smoked BBQ Brisket, London Broil, Smoked Portabella and Buttermilk Fried Chicken are truly delightful. With friendly, attentive service and a warm ambiance, The Original Dinerant will satisfy your dining needs at any given time of the day. 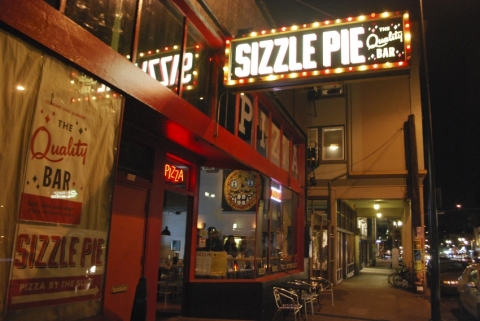 Sizzle Pie is a great little place with a strange little culture. Then again, it's Portland, so "strange" is relative and appreciated. The pizza is astounding: thin crust New York Style with plenty of heat, fresh cheese, and even vegan varieties that taste like real pizza. The staff and the decor are energetic and eccentric. The beer selection is quite diverse as well with strong lagers for the hearty drinkers and fruity sweet ales that will still get the job done. If hanging with a group of people, stop by this pizza shack to feed many on a few dollars. 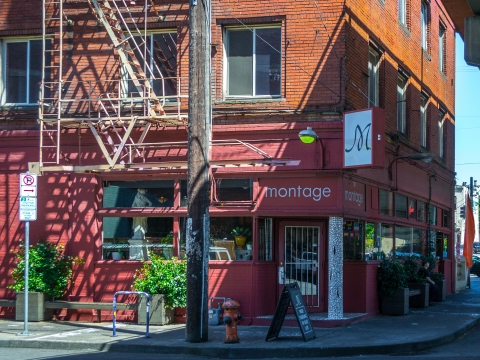 The local arts publication voted this Southern-style French bistro "Best Restaurant of the Year." Tucked under the Morrison Bridge, Le Bistro Montage caters to Portland's underground scene. Although it is nice, it is not the sort of place you would want to bring Grandma. Try one of the eight macaroni and cheese dishes or any of the other vegan favorites. More adventurous diners will enjoy dishes like the frog leg appetizer - spicy Hoppers served with dipping sauces and black bread. The establishment offers more than 100 imported wines from around the world. 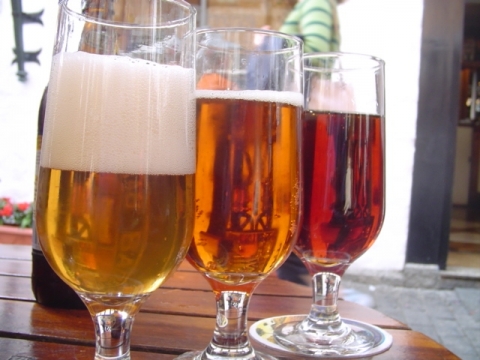 The Bye and Bye

Featuring ample outdoor space with a front and back patio, not to mention open-air dining room, the ever-popular Bye and Bye has become a Portland staple. Dancing to the beat of its own drum, much like the rest of Stumptown, this vegan restaurant and cocktail bar is located in the Northeast neighborhood. Locals swear by the weeping tiger sandwich, which will turn any carnivore into a plant-loving reformist. House cocktails are expertly mixed by crafty, tattooed bartenders and served in the hipster favorite mason jar. With uniquely Portland offerings, it's hard to pass up this popular establishment.