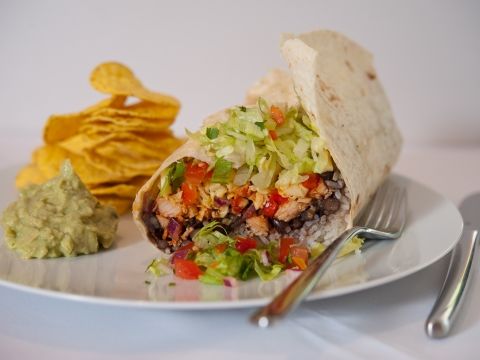 For the last 20 years Frontier has slowly acquired the better part of the block facing Central Avenue across from the UNM campus. You will see study groups, people having coffee and lunch or the famous Frontier Cinnamon Roll, which is a huge, fresh sweet roll swimming in butter. The atmosphere is western and simple, with booths and tables. Breakfast, lunch and dinner are served at no particular time. New Mexican dishes, sandwiches, soups, stew and salads, chicken, ribs, fresh squeezed juice, sodas, tea and cappuccino are also offered. 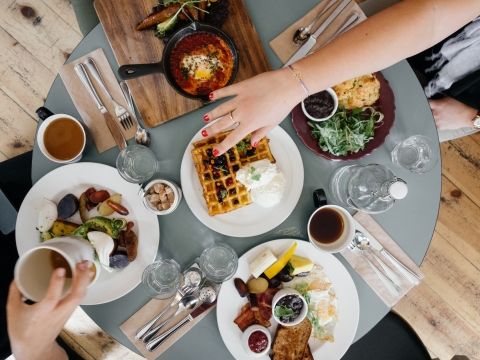 Weekend brunch hours at the Grove Café and Marke find it packed, and for good reason. The Grove offers a delicious selection of freshly made breakfast items, hot and cold sandwiches, and salads (try the Farmers Salad: a medley of golden beets, almonds, goat cheese, asparagus, yellow peppers and greens). Cocktails brighten up the brunch hour: sample a glass of vinho verde (Portuguese "green wine", which can be hard to find in the United States) or play it safe with a mimosa. Last but not least, The Grove also makes the absolute best cupcakes in town. 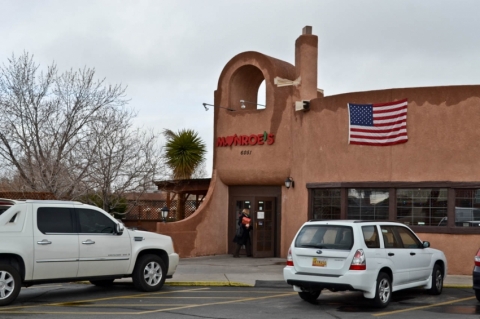 Monroe's is where native New Mexicans go to get their chile fix. The restaurant serves authentic New Mexican cuisine, which is a very particular style of food that draws from Mexican and Pueblo Indian culinary traditions. Almost everything on the menu, from enchiladas to chile rellenos (green chiles stuffed with cheese or meat and deep fried), comes with your choice of red or green chile, both made from the same plant. If you're feeling adventurous and want to sample both, ask for "Christmas". For those who can't take the heat of spicy chile, Monroe's also has a "gringo" menu that includes hamburgers, sandwiches, and fried chicken. Save room for dessert, as the restaurant serves green chile apple pie and chipotle cherry pie, as well as traditional Mexican flan. 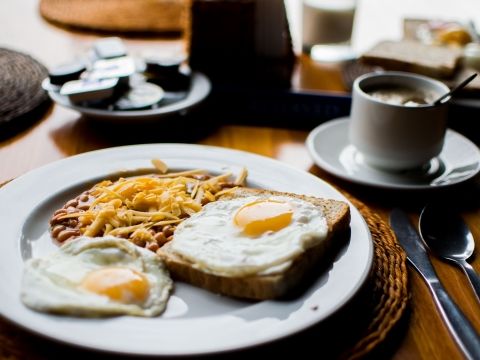 Ironwood Kitchen is known for delicious New Mexican-style comfort food. Made with fresh local ingredients, this casual restaurant offers American and Mexican dishes that combined create a unique New Mexican flavor. If you're in the mood for breakfast food try the country fried steak and eggs or the smothered breakfast burrito. You also can't go wrong with the Sixth Guy Burgers. The restaurant also has free WiFi.