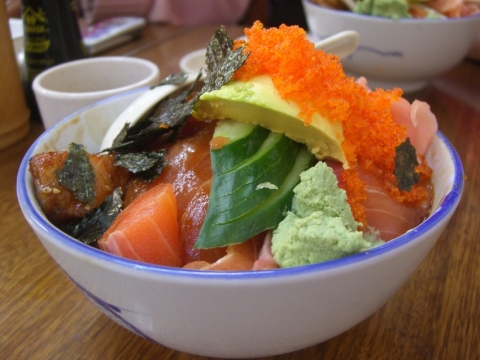 This place is so popular that patrons are often packed in like sardines. But the sushi is so attractive and appetizing that most folks don't mind the close quarters. The long, narrow dining space is usually filled to the brim with the local college crowd and business people, each waiting as patiently as possible for their orders. Join them and you'll experience what's considered to be some of the area's best sushi and Japanese fare. Green-jacketed sushi chefs serve up everything from California Rolls to soft-shelled crab. Each plate is an edible work of art. Cooked dishes include curries, tempura yakisoba and other traditional Japanese fare. A few wine, beer and sake selections are offered. 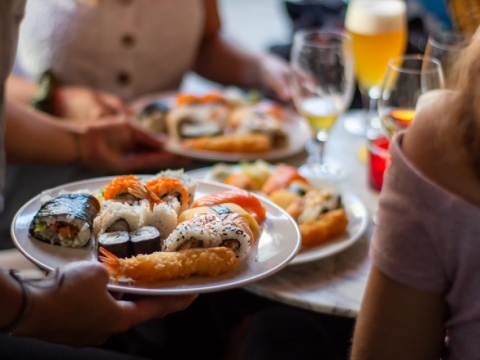 This casual eatery offers an extensive list of sushi items, available in an all-you-can-eat format, alongside flavorful sides of Korean barbecue eats. À la carte menus are available as well, so dig into exotic Japanese and Teppan grilled appetizers, before ordering some of their more elaborate dishes such as the Chicken Katsu-Don rice bowl or the Chirashi platter, consisting of assorted sashimi. To pair with these Asian flavors, Takamatsu gives away sake bombs and hot sakes during happy hours. 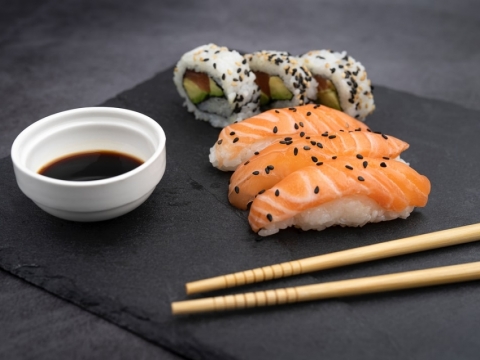 This unassuming spot within a shopping center has garnered raves from sushi lovers all over the area. The setting is simple, but serene. A long list of sushi and sashimi (including many daily specials) is posted above the sushi bar. Can't decide what to order? At lunch, teriyaki, tempura, sushi or sashimi combinations are great. A few Korean dishes are also on the menu. Full bar service, with Japanese beers and sake, is available. Feel like a few tunes with your tuna? Come by for karaoke on weekends. 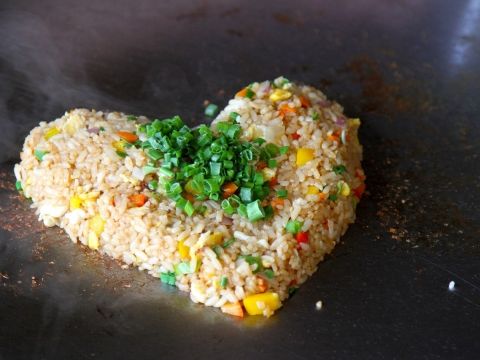 Tucson Weekly calls their sushi "some of the best in town." The teppan cooking is also above par. The restaurant has a bistro-like atmosphere, and the cocktail lounge also functions as a sports bar. The kitchen offers a full spectrum of sushi choices and teppan-yaki dishes, ranging in price from a couple of dollars per sushi portion for teppan dinners. Full bar service is available with Japanese beers, sake and wines.