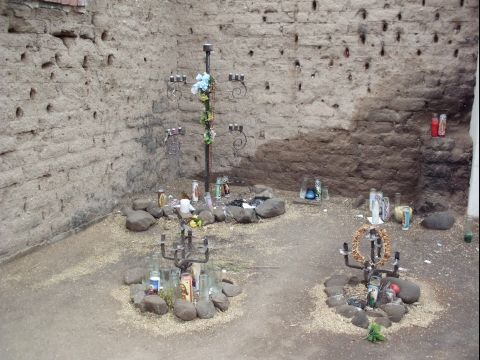 There is an intriguing legend behind this shrine on Main Street near the old historic barrio, a story involving broken hearts and crimes of passion, but you'll have to read the plaque mounted on it to discover the tale. El Tiradito has been part of local folklore for a long time and is now a national historic site. Take a peek and make your own wish. 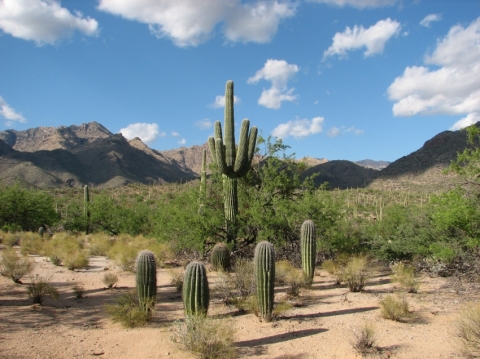 Of all the natural attractions in and around Tucson, Sabino Canyon is certainly the most popular. This large chasm in the Santa Catalina Mountains is where ancient Hohokam people built irrigation dams while mammoths roamed the ground. Access is free, but there is a charge for parking. Highlights are swimming (conditions allowing) in clear pools after a six-mile (ten kilometer) hike to Seven Falls and summer evening shuttle rides (paid for by pre-paid reservations). Sabino tram and bear shuttles rides are available. 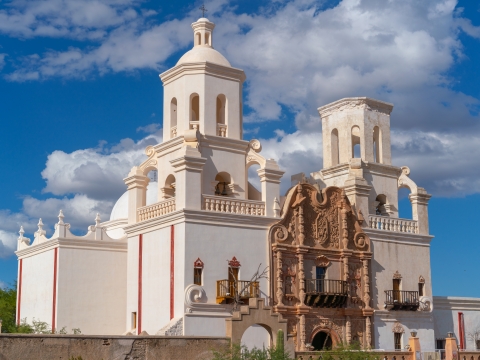 The Mission San Xavier del Bac is perhaps Tucson's best-known historic landmark. Established in 1692 by the Spanish missionary Father Kino, 16.09 kilometers (10 miles) south of what is now downtown Tucson on the Tohono O'odham Indian reservation, San Xavier del Bac is considered one of the finest examples of Mexican folk baroque architecture. The mission's spotless whitewashed walls are embellished with the contrasting colors of the ornately handcrafted mesquite-wood entrance that adds a tinge of old-world finesse to the structure. The mission that stands today is, in fact, the second mission built between 1783 to 1797, and yet is the oldest European building in the state of Arizona. The parish is still active and holds mass every week. 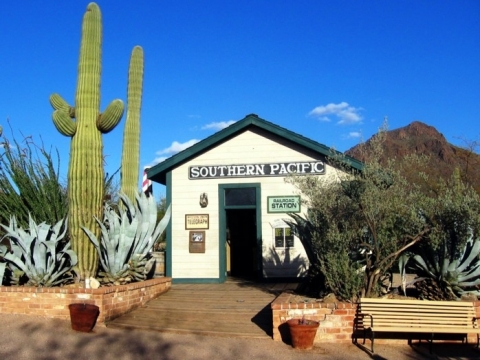 Referred to as "Hollywood in the Desert," Old Tucson Studios is one of the most famous movie studios in the world. Plan to take the entire family and spend an entire day immersed in the "Old West" theme. Take care, you might run into bandits while strolling the streets or witness a bank robbery in progress. More than 350 movies have been filmed in this studio, now home to commercial photography, film and television productions.