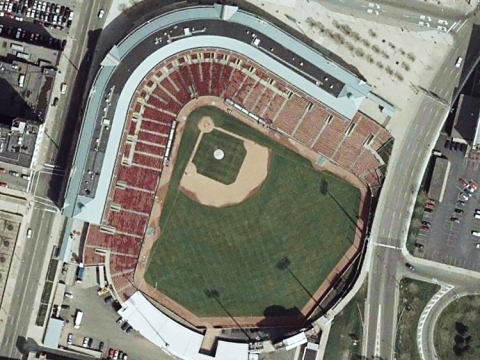 This beautiful 18,025 seat facility has been the home of Buffalo Bisons baseball since 1987, and it is the Triple-A affiliate of MLB's Toronto Blue Jays. The stadium has intimate seating and there are also group facilities available, as well as Pettibone's Grille for dinner while you enjoy the game or lunch year-round. Also available whether or not there's a game is the Bison's official team shop, it features a variety of souvenir gifts, t-shirts, jerseys, etc.

The Rinks at HarborCenter

Located across from the First Niagara Center, the HarborCenter occupies nearly 1.7 acres (0.68 hectare) of downtown Buffalo. The Rinks at HarborCenter collectively represent two major NHL ice rinks within the center that are used for hockey tournaments. The KeyBank Rink is much larger in size and is home to the Buffalo Junior Sabres, the Canisius Golden Griffins, and the Buffalo Beauts of the National Women's Hockey League. The other smaller rink is known as the New Wave Energy Rink, and has a capacity of a little more than 135 people. The KeyBank Rink also has exclusive locker rooms on the sixth floor. The Rinks at HarborCenter also lies in close proximity to Canalside, the city's main entertainment district, and the Peace Bridge. 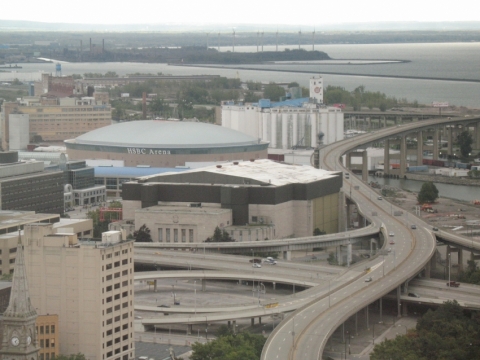 This multi-use arena located Buffalo's downtown waterfront is where the Sabres, Bandits, Blizzards and Destroyers play. From hockey and lacrosse to soccer, football and even concerts, this venue can host almost any event on the planet. The 20,000 seats in the state-of-the-art entertainment complex never have an obstructed view with the massive Jumbotron that dominates the ceiling. For food, try the Lexus Club restaurant and if you are in the pavilion, don't forget to visit the Greater Buffalo Sports Hall of Fame. 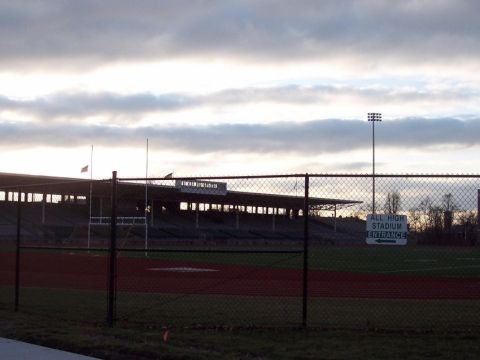 Though it is in the complex of the Bennett High School, Robert E. Rich All-High Stadium is owned and run by the city. Opened in 1926, this football stadium is among the active high school stadiums in town. It is now the home-ground of Medaille College's soccer and lacrosse teams. The FC Buffalo National Premier Soccer League team also calls the stadium home. 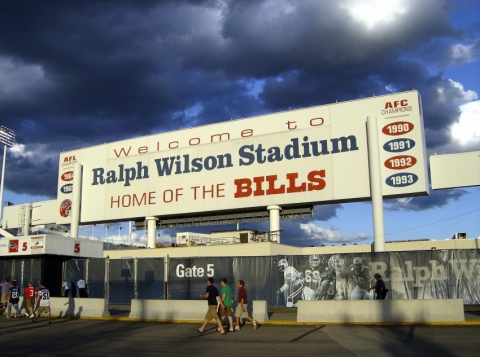 Located just southeast of Buffalo, in the suburb of Orchard Park, this stadium serves as the home of the National Football League's Buffalo Bills. Built in 1973, the stadium was originally called Rich Stadium, but today it is named New Era Field for its sponsors. It seats nearly 75,000 for football and is used almost exclusively for the gridiron, though on occasion the stadium will hold concerts and other events when the massive capacity is needed for ticketholders.