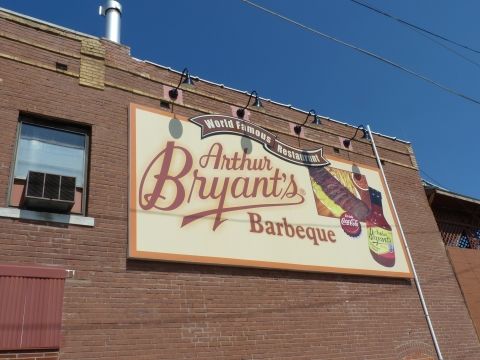 Kansas City is famous for its barbecue, and this restaurant is one of the reasons why. Arthur Bryant's has been serving up slabs of slow cooked pork and beef since the 1930's. The small building is nothing fancy and resides in a somewhat disreputable part of town, but diners do not necessarily come for the ambiance. Nevertheless, Mr. Bryant has a couple of other locations around town. Casual dining is an understatement here, where guests line up, sometimes waiting up to 30 minutes just to order at the counter. Be sure to order a plate of greasy, delicious fries, and be prepared for huge portions. 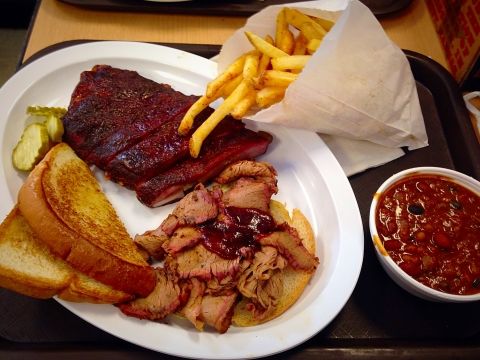 The fact that this restaurant is next door to a gas station shouldn't deter you from trying some of the best barbecue in Kansas. It is located just over the border from Missouri's downtown KC and is consistently packed with hungry diners devouring plates of smoked meats. Some of the standards include pulled pork, beef brisket, sandwiches and their famous 'burnt ends' (the bits of bark on the brisket). In addition to this original location, there are three others around the state. Check website for full menu and details. This BBQ shack has been featured on several national television shows because of the fact that its ribs, brisket and chili are some of the best in the country. Sandwiches come in your choice of brisket, pulled pork, turkey sausage, ham and burnt ends. Other items include specialty sandwiches, ribs and their famous three-bean chili, which is a luxurious stew topped with burnt ends. Woodyards is in Kansas, just over the border and if you can't make it out here, they also provide catering services. 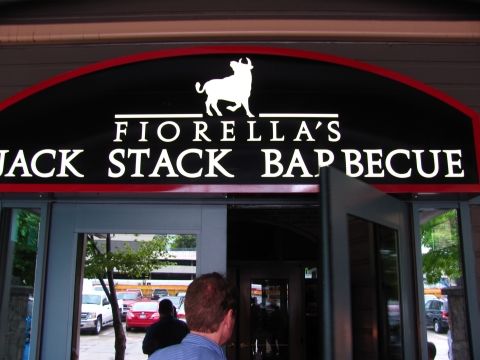 Fiorella's Jack Stack Barbecue is KC barbecue at its finest. Here at this family owned restaurant, they serve ample quantities of well-seasoned meats prepared in an authentic brick oven. They have two other locations in the city and another in nearby Overland Park. In addition to the ribs, steaks and 'burnt ends', diners will also find seafood and salad alongside chicken or lamb dishes. Since 2000, the restaurant expanded operations and now claim to be one of the best BBQ mail order services in the U.S., try the sampler platter which includes your choice of Ribs or Brisket, sausage, chopped meat and so much more delivered right to your home!