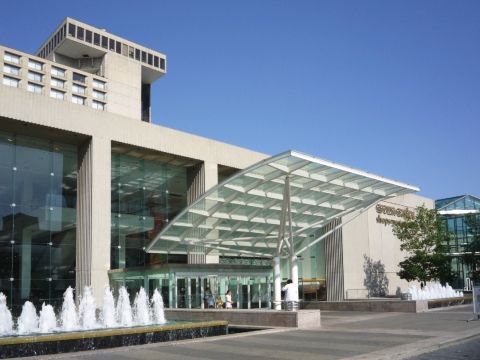 If you came to shop in KC, you must experience the Crown Center. This upscale complex, spread over 85 acres, is home to 80 shops and restaurants, as well as two luxurious hotels and the international headquarters of Hallmark Cards. Created in 1968, the shopping center connects to the Hyatt Regency Crown Center, Westin Crown Center Hotel and Union Station via a skywalk. The facility attracts convention groups to the Destination Crown Center and it offers 140,000 square feet of meeting space. If you want to catch a movie, there is the Crown Center Cinemas on the third level. 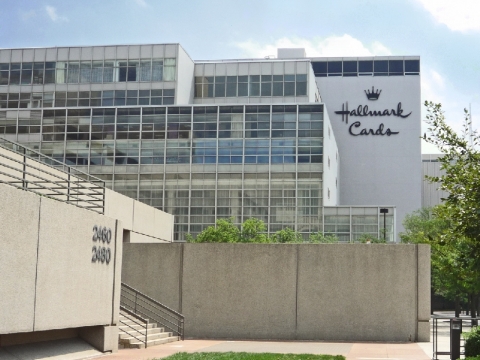 Each year, more than 150,000 people come to this interactive museum and informational center. Here, you will learn about how the famous Hallmark brand began, meet some of the talented artists, writers and designers, view the massive collection of 'Keepsake' ornaments and make your own gift bow to take home. Located in downtown's Crown Center, the Hallmark Visitors Center is a must-see for anyone interested in learning about the greeting card industry and the people behind it. 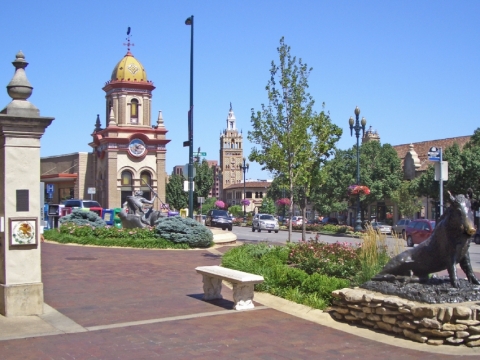 If one place could illustrate the heartbeat of Kansas City, it would be Country Club Plaza. Known as one of the first malls in the world, this outdoor district has 180 shops, 38 restaurants, numerous hotels and several entertainment venues. The Plaza abounds with activity almost around the clock and the Spanish Colonial architecture combined with the many fountains for which Kansas City is known, create an atmosphere unparalleled anywhere else in the city. During the holidays, the district glows with the twinkle of millions of Christmas lights. 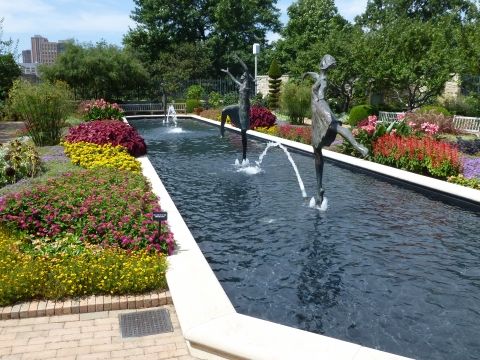 This memorial garden is a public space located in the Powell Botanical Gardens and dedicated to Ewing and Muriel Kauffman. It is open year-round so guests can enjoy all four seasons and the immutable differences they bring. The Kauffman's were the quintessential city philanthropists, in addition to this tranquil oasis, Ewing found the hometown Kansas City Royals as well as establish his eponymous foundation which helps underprivileged youth with charitable contributions to education and the arts. Though the garden is small, it is a nice nook to see a bit of the flora and fauna within the larger Powell Gardens acreage. 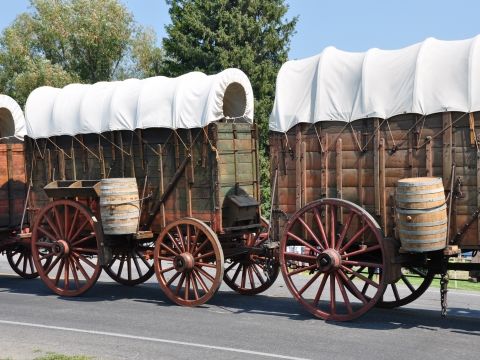 This 30 acre estate depicts what life was like during the mid-19th Century. It is located in the magnificent Fleming Park and is open year-round. Some of the highlights here are the original buildings that date back to that era and within their halls, the actors who reenact the daily life of these hearty settlers on the American frontier. Missouri Town 1855 also offers hands-on learning with several different workshops that vary from teaching visitors how to blacksmith, basket weave or even how to hearth cook. As a side excursion, Fleming Park itself has much to offer like Lake Jacomo and Blue Springs Lake, both perfect for those who seek the Great Outdoors.