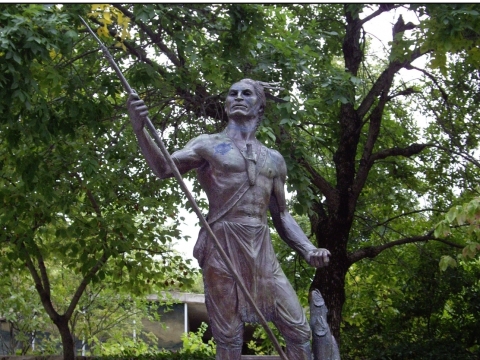 Take a break from your regular city life and enjoy some time surrounded by lush greenery as you visit the Tennessee River Park. This spacious park is known for its scenic beauty and is a popular outing spot for the locals as well as the tourists. Situated by the riverside, the park features a water front trail which is just ideal for a romantic walk with someone special. Besides, the park has picnic facilities, drinking fountains and public art throughout and is a great spot for spending some quality time with your loved ones. You can also fish or enjoy boating when here. 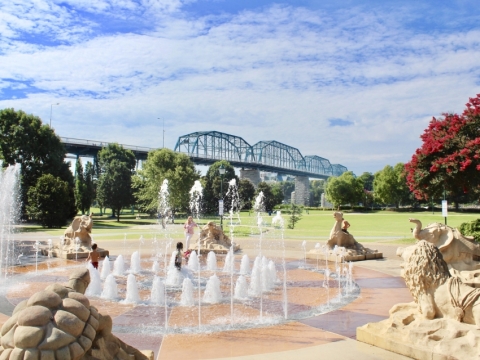 Once an abandoned shipping yard, Coolidge Park has carried the spirit of revitalization from downtown to the North Shore. The park features a century-old, hand-carved carousel. A large fountain with stone horses, lions, and sea turtles sprays water to cool youngsters on hot summer afternoons. A large common area along the riverfront allows for games, picnics and relaxing afternoons. Two stages and a pavilion area offer space for weddings and other special events. 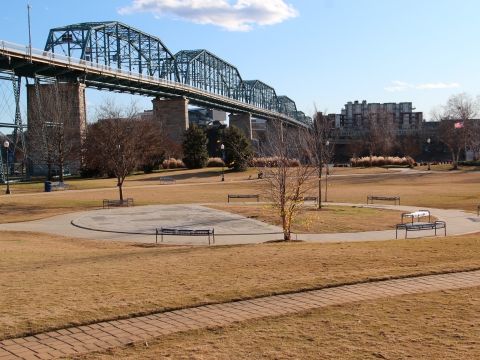 This climbing wall at the base of the Walnut Street Bridge has become one of the many outdoor attractions within popular Coolridge Park. The wall is open to the general public on Saturday and Sunday. Group climbs can be scheduled through the adventure guild. Climbing difficulty ranges from 5.5 to 5.11 (YDS). All equipment is provided for scheduled climbs. 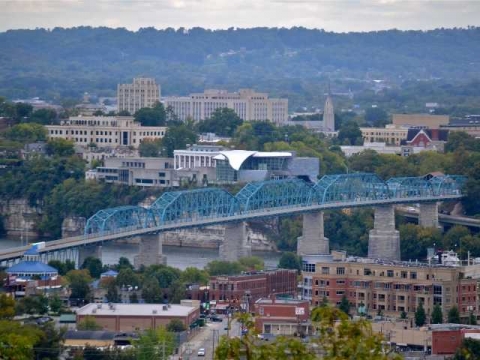 Stringer's Ridge is a popular trail loop located in North Chattanooga. The two mile loop is surrounded by forested area, making it a delightful escape to nature from the urban atmosphere of the city. The trail is mostly used for hiking and biking. 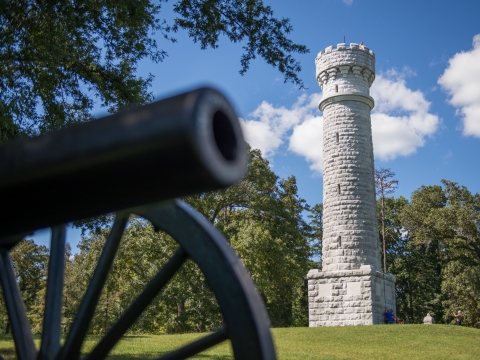 Just south of Chattanooga is the site of the area's longest and bloodiest battle of the United States Civil War. The U.S. War Department (now the Department of the Interior) declared this battlefield a National Military Park in the 1890s. It has attracted millions of visitors over the years. A visitor's center provides detailed information about the history of the battlefield and the battles fought here. The self-guided tour takes you through a number of battle sites, the Wilder Tower Monument, and a common area for picnics and recreation.