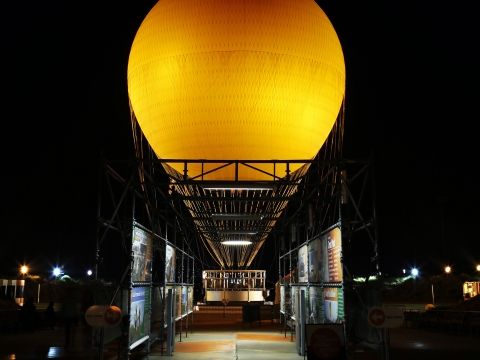 Orange County's Great Park is a popular venue for concerts, plays and other events. It's also known for its giant orange tethered balloon, which visitors can ride for a fee. Soaring 400 feet in the air, on a clear day you can see 40 miles out. Other park attractions include a beautiful carousel, a playground, and a visitor center where you can rent sports equipment for free. Great Park is also home to the Orange County FC. 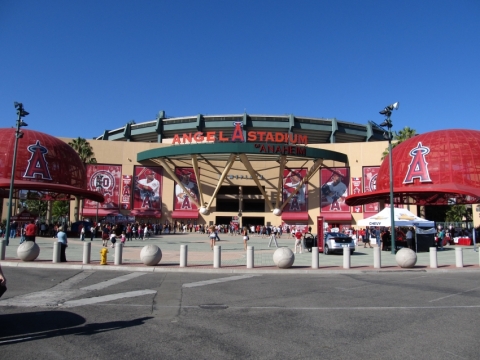 The Angel Stadium of Anaheim is the home of the Angels, a Major League Baseball team in the American League. The stadium is a modern ballpark used to host professional baseball and football games, as well as major concerts and college sports games. One of the unique features of the establishment is the terraced bullpens in the outfield. In addition to the usual eateries, the stadium includes three full-service restaurants - The KnotHole Club, The Diamond Club and the Homeplate Club. The parking lot can be accessed via three entrances and opens two and a half hours prior to any event held here. 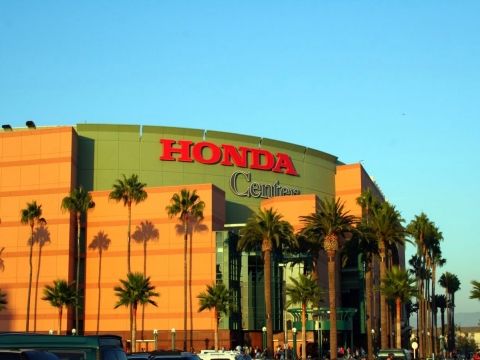 The Honda Center stands as the premier entertainment and sports venue in Southern California. Fans of all ages visit the Honda Center to cheer for the Anaheim Ducks, see top-name concerts, sporting events and family shows. Musical artists such as U2, the Eagles and Paul McCartney have graced the stage. The arena is also home to the prestigious John R. Wooden Classic. Annual favorites include the Harlem Globetrotters, Stars on Ice and the Ringling Bros. and Barnum & Bailey Circus.