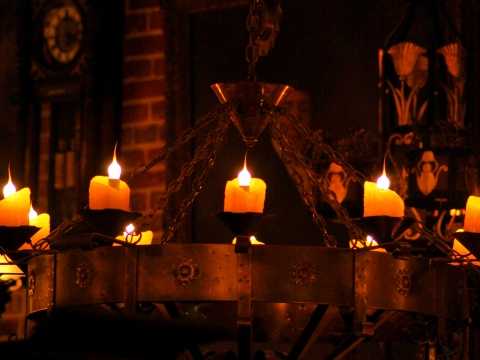 The Old Towne district of Orange is known for its pre-1920s buildings, and the tales of paranormal activity that surround them. Hidden behind the quaint facade and elegant beauty of these buildings, lies a dark world of mystery, horror and macabre beauty. The guided ghost walk begins at the Royer Mansion and makes its way through the town's many antique stores, historic buildings and famous sites. This tour is certainly not for the faint hearted as it offers a peak in to the dark past that often haunts these historic abodes. All those who are interested in delving in to the sometimes disturbing past of these homely buildings are welcome to join in upon the purchase of a valid ticket. The tour lasts about 90 minutes and tickets must be purchased in advance. Spooky, marvelous and downright creepy, a Ghost tour of the Old Towne is sure to be one that is filled with hair-raising discoveries and unforgettable moments. 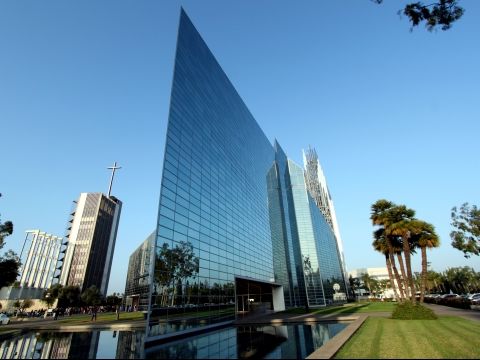 Constructed from more than 10,000 plates of glass, The Christ Cathedral (formerly Crystal Cathedral) is packed with more than 2700 seated worshipers every Sunday for service. It can accommodate hundreds more who experience drive-in worship in the parking lot via nine-story tall sliding glass doors that allow them to view the service. This cathedral is also most famous as the filming place of Dr. Robert H. Schuller's Hour of Power television show. Because of the popularity of the cathedral tours and Sunday service, you should arrive at least a half hour early. Come Christmas season, don't miss their Glory of Christmas presentation packed with stirring music and drama. 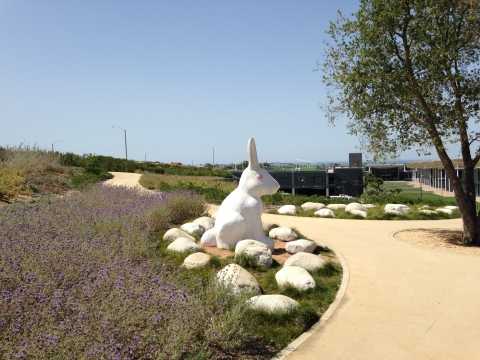 Don't be surprised if a group of sixteen, large white rabbits greets you at the Civic Center Drive in Downtown Newport Beach. This cute and wonderful arrangement is the newest addition to the Civic Center Park that surrounds the Civic Center Building. The huge fluffy white bunnies sitting in a circle, is often called Bunnyhenge, owing to its arrangement which sort of mirrors the prehistoric Stonehenge in Amesbury. Designed by Peter Walker Partners (PWP), Rabbit Sculptures at Civic Center are designed as like the native species, the desert cotton tail rabbits, that call the Orange County home. Installed in 2014, these rabbits are a joy for the kids living in the nearby areas while they also make for superb models for the shutterbugs. 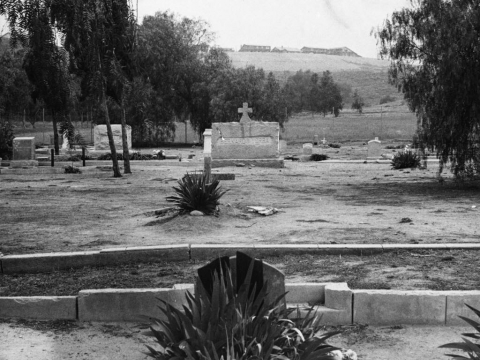 Hauntingly beautiful in its simplicity and austerity, the Historic Yorba Cemetery maintains a watchful eye over the valley that was once home to the famed rancher, Bernardo Yorba. The cemetery is one of the oldest in Orange County, and is a veritable, albeit lesser known, piece of American history. Although originally a part of the Canyon of Saint Anne, granted to Bernardo Yorba in 1834, the cemetery was only established in 1858 when this piece of land, along with the San Antonio Chapel, was bequeathed to the Catholic church upon Yorba's death. Before the cemetery was closed for burials in 1939, the remains of Bernando Yorba himself and several members of his family were moved here in 1928, and a memorial was erected in their honor. Apart from the ancestors of those who are buried here, the Historic Yorba Cemetery continues to draw in visitors who seek to learn more about, and pay their respects to those who contributed so much to the history of Orange County. Tours of the cemetery are organized by the OC Parks Department on the first Saturday of every month. Be sure to contact the relevant department before planning your visit. 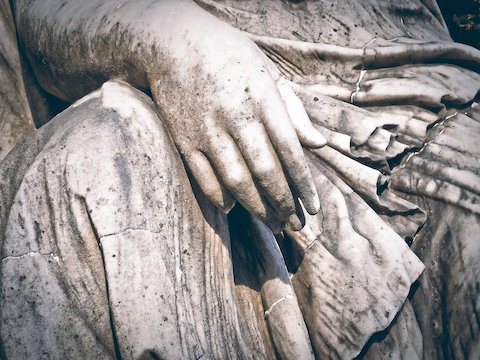