Best Clubs with DJs in Norfolk

Scotty Quixx offers sophisticated dining during the day, but at night the party really starts. You can try different cocktails and dance to a wide range of music, including live music from local bands. Scotty Quixx also hosts various events, such as Arabian Nights which features belly dancing and hookahs. 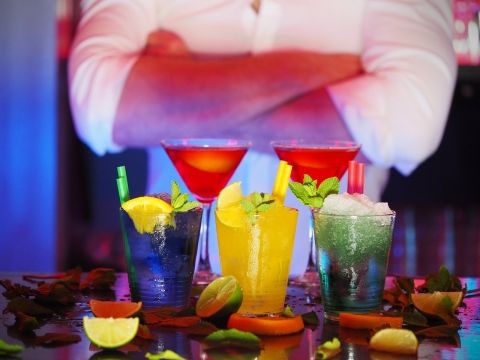 This popular club in Norfolk features different themes and specials almost every night of the week. From goth to EDM, 90s and top 40, there's always something fun spinning and people on the dance floor. With three different bars scattered throughout, you're never too far from refreshment, and The Wave also serves up food like steaks and bites like chicken fingers.

Peabody's is a must-go for all party lovers, since this nightclub boasts of having one of the biggest dance floors in the city and is also one of the very few smoke-free party clubs. As you step in, you will hear the loud laughter of the crowd, dancing to the tunes of the in-house DJs or simply having a good time at the bar. If mere dancing does not satisfy your party moods, there are live event nights and gigs on select days to keep you entertained. The venue also accommodates private parties and special occasions.