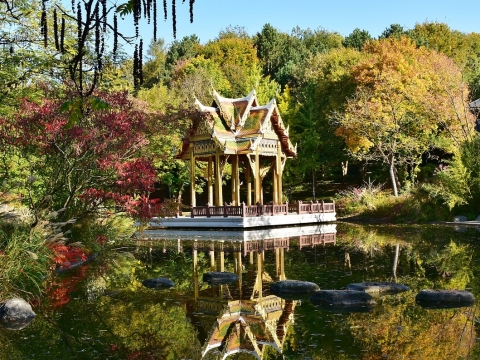 Commissioned for the International Garden Show in 1983, the Westpark is an outdoor haven. The area is divided into different sections, one of the most eye-catching being the East Asian Garden. There is a large lake with an amphitheater, several playgrounds and plenty of space to relax and feel at ease. In the summer, the open-air stage is used to host plays, concerts and films.