This Boston performance venue is an open-air amphitheater that has a seating capacity for 5000 persons. The original venue was located on Fan Pier but was squeezed out due to development projects in that area. Between its relocation and a few name changes, it continues to remain one of the city's most iconic arenas. Summer concerts feature top names in the entertainment business such as the Beach Boys, The Temptations and Donna Summer. 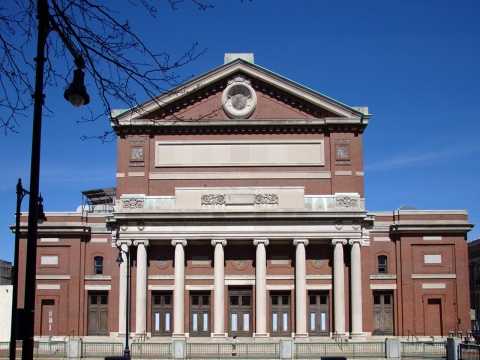 Home of the Boston Symphony Orchestra, this impressive structure is touted to be one of the best premier concert halls in the world. Massive chandeliers hanging from the ceiling and replicas of Greek and Roman statues lining the walls give this place a medieval look. During the winters, you can catch performances of the BSO and Pops who are often joined by celebrity conductors, soloists and singers. This place also hosts the performances of orchestras and other popular performers.

The New England Conservatory is one of the oldest music institutions in the country. They offer an array of graduation and post-graduation degrees and courses every year. The conservatory comprises of three huge buildings. The Jordan Hall is the central performing space in the complex. The splendid decor of the hall and the building is reminiscent of the olden times and creates the perfect ambiance for musical performances.